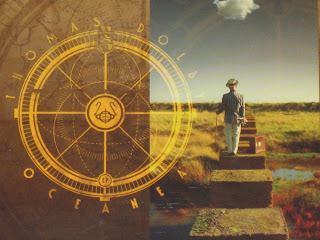 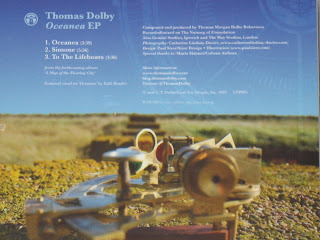 Thomas Dolby may always be best remembered for his 1982 hit song "She Blinded Me With Science." And there's nothing wrong with that. "She Blinded Me With Science" was the absolute best of what the early 1980s pop world had to offer. A catchy tune with unique and interesting vocals, it stood out at that time, and still manages to stand out. But what one has to remember is that that song was from Thomas Dolby's very first record, The Golden Age of The Wireless.

After that album, he recorded several more studio albums and even composed music for a few films, including Fever Pitch (1985), Gothic (1986) and Howard The Duck (1986). He also added his touch to the work of other bands, such as Foreigner (he played synthesizer on the band's 1981 release, 4, credited as Tom Dolby) and Def Leppard (he was the session keyboardist on Pyromania, though uncredited on the record's original pressing). He also produced albums by other artists such as Prefab Sprout and Joni Mitchell.

But after his 1992 release, Astronauts And Heretics, failed to sell well Thomas Dolby quit the music business and founded a technology company called Beatnik Inc.

Now, after nearly twenties years, Thomas Dolby is back on the music scene with a new three-song EP, Oceanea. This EP is preparing the way for a new full-length album titled A Map Of The Floating City due out this summer.

This EP may surprise the casual Dolby listener, as it sounds quite unlike his big hits. He is not repeating himself here, or trying to recapture a hit sound of years gone by. These songs are the work of someone who has evolved and has stories to tell.

It opens with the title track, a mellow, and strangely pretty tune featuring Kevin Armstrong on acoustic guitar (yes, acoustic guitar) and Eddi Reader on second vocals. The focus here on the vocals and lyrics, not on any catchy pop rhythms or on synthesized madness. And the results are wonderful. Here is a bit of the lyrics: "A nightingale sang above my mother's tomb/twilight in the afternoon/I stumble home to Oceanea."

With a Latin rhythm, the second track has a completely different feel, and is at moments reminiscent of something by Santana. And then four and a half minutes in, this incredibly beautiful saxophone bursts in (played by Joe Cohen). But again, the real focus is on the vocals and lyrics. Thomas Dolby is focused on storytelling, and his voice sounds sweet, helped by backing vocals provided by Kevin Armstrong and Lyndon Connah. Check out these lyrics, done in a style approaching spoken word: "Then a flare went off inside her head/Like an inch of pure magnesium/With a heat to thaw his frozen heart/And a spark to light his beacon."

To my ears, the best of the three tracks is the final one, titled "To The Lifeboats." This song has an undeniable power and energy, but finds gorgeous mellow moments too, with Thomas Dolby just perfect on piano.

The song begins, "In dreams the skies are azure blue/The sea's a mirror pond/Then you wake to howling wind and rain/Upon your rooftiles."


If these three songs are any indication of what to expect from the full-length album, then we can be assured that A Map Of The Floating City is going to be a pretty amazing work of art. In the meantime, enjoy these three songs. They will definitely grow on you.

Oceanea is scheduled to be released March 28, 2011
Posted by Michael Doherty at 4:32 PM