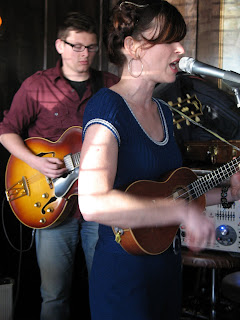 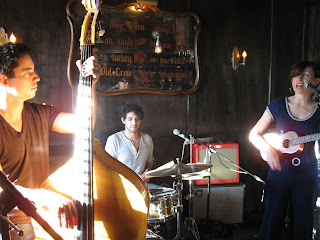 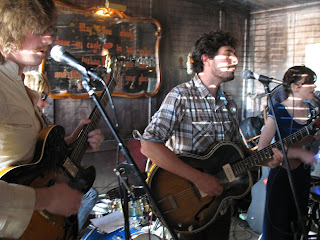 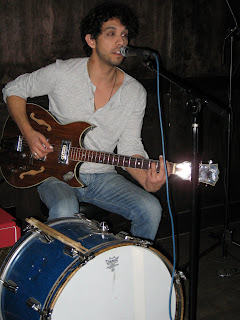 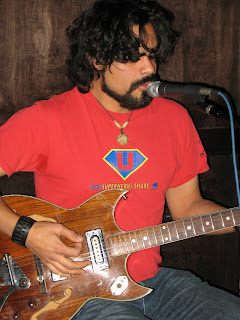 I love music. I love going to see bands perform. And one of the reasons for that is those magical moments that you sometimes experience at a concert, where suddenly you're transported, where everything clicks, where you're outside of yourself, where any concerns you might have vanish for a while. They don't happen all the time. If you get just one of those moments at a concert, that's pretty good. If you get more than one - or you get a nice, long extended moment, then you know you're at something special. This is why the Grateful Dead were so popular in concert: the chance for one of those magical moments was greater than at other concerts. I'm not sure why that was, but it was. (In fact, i saw only one Grateful Dead concert that was completely devoid of those moments; however, the very next night was full of magic.)

And then every once in a great while, you have an entire concert that is like that. Where you realize you're experiencing something wonderful that might never happen again. Where there is improvisation and there are connections and there is magic. Sunday at the Thirsty Crow in Silver Lake was one of those concerts.

What was planned was that Holland Greco would do two sets, and in between those sets, The Quick Hellos (a band that Holland is also a member of) would do a set. That's three sets of Holland Greco. That's pretty damn special right there. For those who don't know (that is, those who have never heard me talk about music for even five minutes), Holland Greco was the lead singer of The Peak Show, one of the greatest bands ever on this planet. She's an incredible singer, songwriter and performer. With her is Michael Papillo on stand-up acoustic bass. This guy is amazing. And he can learn a song in like one minute - or less, if required. And often when playing with Holland, it is required. Michael was also a member of the incredible instrumental band 3 Leg Torso. On drums is Princess Frank. I don't even know what to say about this guy, except that with a minimal kit, he can create a full and intriguing sound. Also, he's got a damned good voice, and sings backup on several songs - usually unmiked. This night he actually had a vocal microphone. And sitting in on guitar for several numbers is Matt Kohler. This is a guy that can do a great 1950s rock sound as well as a classic blues sound, and can improvise a solo like nobody's business.

So that was what was planned. And it all happened, and it was wonderful. I absolutely love The Quick Hellos. This was only their second concert, and they've already got it pretty well together. This is a band to watch out for. They're having an EP release party on March 29th at Silver Lake Lounge, and if you like music and have a soul, you should probably make an effort to attend this show. In addition to excellent original material, they did some wonderful covers including Wham's "Careless Whisper" and ELO's "Don't Bring Me Down."

But then - after the three planned sets - Glen Martin (one of the members of The Quick Hellos) did a solo set. And then Holland Greco did another set. Michael had left for another gig, so it was Holland and Princess Frank. But then Glen Martin sat in on guitar. After that short impromptu set, Princess Frank did a solo set - vocals, guitar and kick drum. This was my first time seeing him perform solo, and he was just fucking great. He did a cover of The Beatles' "Rocky Raccoon" that got folks singing along. And then after that, Henry Bermudez (amazing guitarist for The Evangenitals), who was in the audience and had no plans on performing, was asked to do a short set. Borrowing Princess Frank's guitar and sitting down on his drum throne, Henry did a kick-ass number, even banging on the kick drum a bit toward the end. This was an amazing day of music.