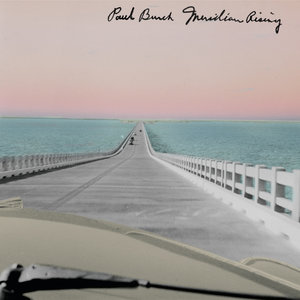 Paul Burch’s new album, Meridian Rising, starts from an interesting idea – do a musical biography of Jimmie Rodgers. Actually, it’s a sort of autobiography, for the songs are from the first person perspective, though they are mostly originals. And though these songs are originals, Paul Burch did his research, as any good biographer would. He spoke with Jimmie Rodgers biographers Nolan Porterfield (who wrote Jimmie Rodgers: The Life And Times Of America’s Blue Yodeler) and Barry Mazor (who wrote Meeting Jimmy Rodgers: How America’s Original Roots Music Hero Changed The Pop Sounds Of A Century), and had access to archives at the Country Music Hall of Fame. As Paul Burch tells us in the extensive liner notes, “the tales you’re about to hear are honest but not necessarily true.” And just as Jimmie Rodgers’ music dipped into several musical styles and genres, so do the songs of Meridian Rising. It’s an unusual approach to an album, to be sure, but at the end of the day what is most important is that the songs are seriously good. And yes, in case you’re wondering, there is a bit of yodeling.

The album opens with “Meridian,” about the town in Mississippi where Jimmie Rodgers hailed from. It’s a wonderful tune, mixing country and jazz elements. “Well, I’m a long shot, mama, but my arrow’s sound/Watch it climb to Orion before it comes back down/In Meridian.” Then things get moving and shaking with the fun “Cadillacin’.” This track features some nice work on piano by Jen Gunderman. Tim O’Brien plays fiddle on this track. The song then slows down just as it ends, and is followed by a bluesy yet lively folk song, “U.S. Rte. 49,” about the tuberculosis sanatorium. “Leave my body anywhere but US Rte. 49/I heard the savior, he’s coming in tight/Looking for a hot meal on Saturday night.”

“Baby Blue Yodel” is a bluesy acoustic tune, complete with a bit of yodeling, and a humorous take on being presented with a baby. Jimmie Rodgers was of course known as The Blue Yodeler, and recorded a number of songs with the title “Blue Yodel.” One of my favorites on this CD is “Ain’t That Water Lucky,” a more serious tune featuring Roger Wiesmeyer on oboe. Check out these lines: “Do you know me, water/I see you in my dreams/Tell me, muddy water/Are you lonely like me/If you take me under/And I let go of my earthly charms/Will you be revealing/When I’m sleeping in your arms.”

This CD contains several instrumental tracks, all of which are fairly short. “June,” the first instrumental track, is a pretty tune named after Jimmie Rodgers’ daughter, who had died young. “Song Of Silas Green” is an even shorter instrumental, by Jen Gunderman. “Sign Of Distress” is a bluesy number. “Meridian Rising,” the CD’s title track, is for me the prettiest of the instrumentals. And the album ends with an instrumental, a cover of “Oh, Didn’t He Ramble,” arranged by Paul Burch. This is a fun taste of New Orleans flavor, getting right into it without any soft, slow introduction.

Another fun and delightful tune is “To Paris (With Regets),” which begins with a nice instrumental section that lasts more than a minute. I love when he laments that he’s never seen Paris, singing, “The closest that I came was the scent of the lilies in your perfume.” Wonderful! And of course I love that foreign sound of this track. That’s followed by “Gunter Hotel Blues,” a nice bluesy tune about the hotel in San Antonio where Jimmie Rodgers lived for a time. There is a nice humor to this song, as in lines like “Room service, you’d better send up another room here at the Gunter Hotel” and “House detective found her dead on the floor/She done checked out, to heaven or hell/Bless her heart, she paid my bill/At the Gunter Hotel.” This song also has a playful reference to “Deep Elem Blues,” a song that Paul Burch has performed live with Fats Kaplin. There is also a wonderful humor to “The Girl I Sawed In Half,” which also sports my favorite title of this CD. “She knew that I fancied her/But I kept it in my heart/’Til her partner died from fever/And she had no one to pull the saw.” This song mentions Silas Green From New Orleans, a traveling show. His girl soon has an affair with the strong man from that show, and Paul sings, “But worst of all, he had the nerve to try to play my guitar.”

“If I Could Only Catch My Breath” is a cool track that begins with a bass solo. And “Fast Fuse Blues” has some really good lyrics, like these: “Honey, you got a mind like milk turned sour in a day/And what you’re worth sure ain’t what I paid/I’m going to hobo back home/Later is coming early every day.” And there is some nice stuff on keys, helping to make this track one of my favorites.

CD Track List
Meridian Rising is scheduled to be released on February 26, 2016 on Plowboy Records.
Posted by Michael Doherty at 4:29 PM