The Fancies at The North Hollywood Farmers' Market: Photos 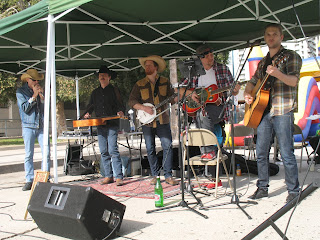 Live music outdoors is a great way to start a Saturday. Today I caught a couple of sets by The Fancies at the North Hollywood Farmers' Market. They did covers of some really good country, folk and bluegrass tunes, like "I'll Fly Away," "Cripple Creek," "Wabash Cannonball" and "Take Me Home, Country Roads." "Cripple Creek" in particular was a lot of fun, and they had some nice harmonies in a sweet rendition of "Don't Let Smokey Mountain Smoke Get In Your Eyes." Their show was pretty loose, and they joked around a bit. At one point, they mentioned that they are, of course, on Facebook. One band member said, "Like us," and another added, "Or else." A little later they said there was a washboard available if anyone wanted to give it a go. A guy from the audience took them up on the offer, joining them for "Long Haired Country Boy." (And in the next set, a child did his best to play along on that instrument.) The Fancies play at The North Hollywood Farmers' Market the first Saturday of every month, so you have plenty of chances to catch them.

Here are a few photos from the show today: 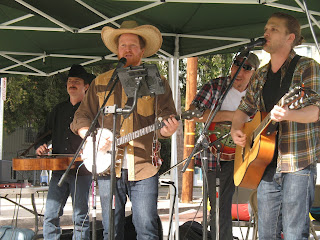 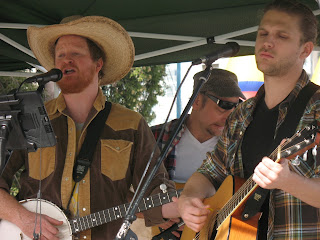 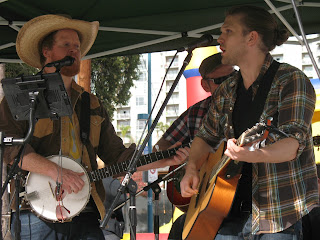 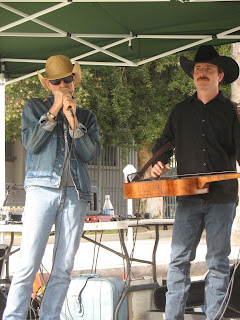 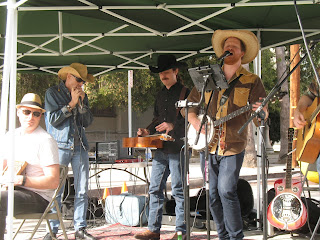 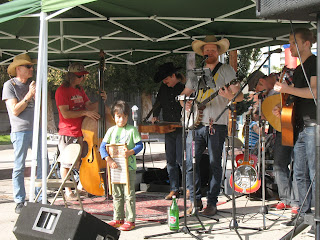 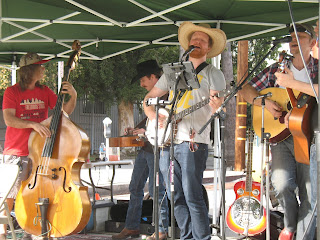 Posted by Michael Doherty at 4:21 PM