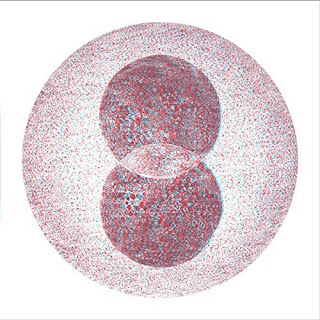 Many of the most interesting CD releases these days are coming out of Canada. Take Saturn Return, the new album from Old Cabin, for example. Old Cabin is the project of singer, guitarist and songwriter Jona Barr. I first heard Old Cabin in 2013, when the self-titled CD was released. I was immediately pulled in by Barr’s songwriting and general tone and approach. And now, nearly three years later, we finally have that album’s follow-up. As with the 2013 release, all of the tracks on Saturn Return are originals, written by Jona Barr. Barr is joined again by Fiona Solon, Micah Smith and Jordy Walker (who all performed on the 2013 CD), as well as several other musicians and vocalists. This album is one that will require your full attention, music you’ll want to plunge into, music that combines folk, pop and rock elements to create an unusual and compelling atmosphere. By the way, if the CD cover seems odd, well, it is; but also it’s in 3D, and the CD comes with a pair of 3D glasses. The 3D effect on the back cover is even better (that image is also on the CD itself), and there is another 3D picture in the liner notes. So the disc provides some visual stimulation as well as audio.

This CD opens with “Where Did You Go,” a song that eases in, beginning in a mellow place. The instrumental section establishes the mood before Jona’s vocals come in. He is joined by Rebecca Zolkower on vocals, and the combined vocals have a relaxed, pretty quality. This song feels like drifting on the water and being okay with wherever it takes you. “I haven’t heard a word from you/Let me die/All the times you ever asked me to/Just let it die/Everything I ever wanted from you/Just let me die/I haven’t seen enough of you/Just let it die.” And I love the changes this song goes through, including a beautiful instrumental section that features Mika Posen on violin. That leads right into the second track, which is titled “!?!” and is more of an energetic rock number, though progressing naturally from the first song, even opening with the line “Where did you go? Where did you go?” This one explodes at one point, like it’s caught up by a sudden tornado, catching us off guard and spinning us round violently. “I’ll never get old again.” Pietro Amato is on French horn and Yolande Laroche is on clarinet.

The music turns sweeter again with “Joe,” which is more in the folk realm. There is something kind and comforting in the vocals, as Jona sings, “Know it’ll all be over in the end/Hold on to the feelings that hurt/To the sentimental goodbyes/For all it’s worth/Hold on to the kindness in your heart/To the fine lines of love.” He is joined on vocals by Rebecca Zolkower, Fiona Solon and Jeff Kingsbury. This one too builds into something larger, catches fire and becomes more glorious. “Hope/In your dreams/It’s so much louder.”

“And Annie” begins with a steady pulse, then settles into a kind of cool, relaxed groove, which reminds me a bit of some 1960s music. This is one of my favorites, and Jona is again joined by Rebecca Zolkower on vocals, and there is beauty in their combined vocals. “Something’s better than nothing/Nothing’s better than something/Was the same as before/All we know is it’s better when you’re in the show/Yes, it’s better when you’re not alone.” I love the whole vibe of this song, and I really like what Jordy Walker does on both organ and drums. It’s just a wonderful song.

That’s followed by a great, raw tune titled “I Got You,” which has a bit of punk to its sound, its approach, plus a bit of 1960s rock joy. I especially love the bass line by Micah Smith. And there is a good lead guitar part by Brad Barr. Check out these lines: “A black room is all I really am/A cedar-stripped clam/Wouldn’t be the last time/I got you on my mind/I got you, robbed me senseless and blind.” The CD then concludes with “Don’t Leave Me Behind,” a wonderful, mellow song, with something of a country flavor (though this track too goes through some interesting changes). Mike Feuerstack is on pedal steel.

CD Track List
Saturn Return was released on August 26, 2016 on Label Fantastic.
Posted by Michael Doherty at 1:04 AM