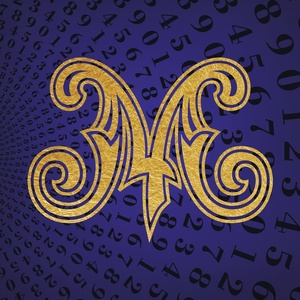 I love it when people introduce me to great new music. That happened recently with the Portland, Oregon band MarchFourth. Of course, the band has been around for a while already – since March 4th, 2003, apparently (which was Mardi Gras that year) – and have released several CDs, but they are new to me. The band’s new album, Magic Number, was funded by fans and features original material written by a few of the band’s members. This disc follows 2011’s Magnificent Beast, and is the first to be released under the name MarchFourth rather than March Fourth Marching Band. And as far as marching goes, it seems to me this band is marching in the sense that the Grateful Dead’s bears are marching (that is to say, they’re dancing). This album is a whole lot of fun, and it features some guest musicians including Trombone Shorty.

They get things going with “Call To Action,” an instrumental track which opens with some cool percussion, The band gets you interested with its groove, and then – bam – hits you with the horns, and by that time you’re totally in, totally theirs. “Call To Action” was written by Anthony Meade, and the action they’re calling for is to let loose and dance like the uninhibited freaks you all are at heart. It’s followed by “The Quarter,” written by Paul Chandler. There’s something cool and sneaky about this one, like a spy going about his work. It begins as an instrumental, and then halfway into the track, the vocals come in. “Sitting in the window seat, the city in your sight.” But it’s those horns during the next section that I especially love. Bloody wonderful! This song then breaks through to a bright, magnificent section, before returning to that cool opening section again.

“Magic Number,” the album’s title track, is one of my personal favorites. It seems to promise adventure right from the start.  I appreciate the jokes about aging, with lines like “I laughed so hard that I fell off my dinosaur” and “Grow old, grow round.” But no matter your age, this track will have you dancing. This CD was recorded in New Orleans, and the magic of that city certainly makes itself felt in songs like this one. “Magic Number” was written by John Averill. By the way, the number 37 is a magic one for me. It seems to come up every day. The second line of this song is “I got thirty-seven hundred reasons to me mad.” What’s your magic number?

“Push It Back” is a dance number that features Galactic’s Stanton Moore on drums. The lyrics are sung with an odd sort of hushed tone: “I’ve seen you swinging from the trees/You’re going to bring it right down to your knees/If you push it back.” Then Galactic’s Ben Ellman joins the band on harmonica for “Inventing The Wheel,” a great instrumental track. (Ben Ellman also produced this album.) Trombone Shorty adds some fantastic trombone to this track. I love when this one breaks open, though still holding onto that steady base, that insistent hook. The band then starts to increase its pace, once this beast has been uncaged; it is at first tentative, testing its freedom, then bounding and leaping in an ecstatic frenzy, before returning to its base, that initial groove. Written by Anthony Meade, this is another of my favorites.

“Hotstepper” is more of a pop tune in certain respects, and is another where the vocals don’t come in until halfway through the song. Is the title “Jan Jar” a playful Star Wars reference, you know, to everyone’s favorite character from the prequels? It was written by Taylor Aglipay. If it is a reference to Jar Jar, it is certainly much cooler than that character ever could hope to be. If it’s not a Star Wars reference, then “It’s A Trap!” must be. Right? By the way, just before Admiral Ackbar says that line, watch the Mon Calamari standing in the background. He seems so confused and excited, and makes me laugh every time I watch the film. Just imagine him dancing around in the background while “It’s A Trap!” is playing, pointing this way then that way. Ah yes, everyone do the Mon Calamari boogie! The CD then concludes with “Endless Highway,” a short and kind of pretty instrumental number.

CD Track List
Magic Number is scheduled to be released on September 30, 2016.
Posted by Michael Doherty at 2:38 PM