The world is attempting to get back to normal, as if the pandemic is a thing of the past. But of course it isn’t. Not even close. So what we are presented with is this weird, artificial version of normal, which is somehow more frightening and odd than the period of isolation. Fortunately, artists are continuing to release excellent albums to help us through this time. Here are some brief notes on a few new jazz releases you might want to check out. 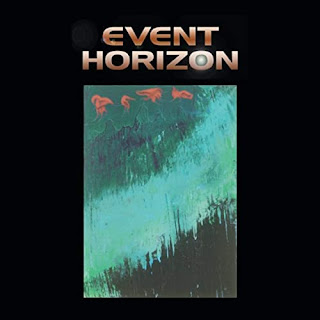 Event Horizon Jazz Quartet: “Event Horizon” – The Event Horizon Jazz Quartet is made up Jim Kaczmarek on saxophone and flute, Scott Mertens on piano and keyboards, Donn DeSanto on bass, and Rick Vitek on drums. Event Horizon, the group’s debut release, features all original music, each piece composed by either Scott Mertens or Jim Kaczmarek. The album opens with “Chelsea Playground,” which was written by Scott Mertens. This one has something of a light and innocent vibe as it starts, but grows in excitement as it moves forward. Then “Guess Not,” written by Jim Kaczmarek, begins with some pretty work on piano, and soon develops a good groove, with a wonderfully expressive lead on saxophone. One of my favorite tracks is “Dark Waltz: When Sadness Comes,” which has a strong sense of mood and features a good lead on bass. This one feels most aligned to the state a lot of us are in these days, and yet there is something hopeful about it before the end. And I love the way “Black Samba” moves. “Event Horizon,” the album’s title track, is perhaps the disc’s most interesting piece, inviting us into a strange space, where things are not quite stable. The disc ends with a couple of fun tracks, “Strut” (which does precisely what you’d hope a song with that title would do, and includes a cool drum solo) and “We Would Love To Have You” (which features some absolutely wonderful work on piano). This album was released on May 29, 2020. 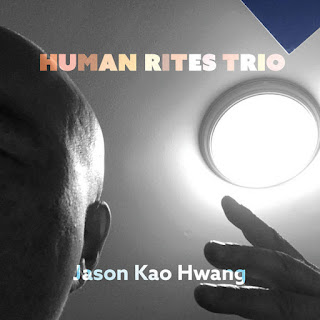 Jason Kao Hwang: “Human Rites Trio” – Jason Kao Hwang is a composer and violinist who explores some interesting and exciting terrain with regards to human communication and interaction on his new release, Human Rites Trio. The trio is made up of Jason Kao Hwang on violin and viola, Ken Filiano on bass, and Andrew Drury on drums. The disc opens with the two parts of “Words Asleep Spoken Awake,” taking us through different spaces, sometimes the various instruments in agreement, sometimes a conversation taking place which leads to some understanding. There is a good drum solo at the end of the first part. And the second part begins in a state of excitement, with nearly a loss of control. Chaos surrounds us, our needs and confusion pouring from us to add to it. Suddenly a single voice – or at least a single desire, felt by all – emerges, and things move from this new point, soon veering into a stranger, more mechanical realm. As “Conscious Concave Concrete” begins, it is all about the rhythm. But it soon finds this quieter place, drawing us in through its pauses, through what it leaves unsaid as much as by what it says. It then builds from there, featuring an excellent lead on bass. All of this album’s tracks take us in unexpected directions. This album was released on July 1, 2020. 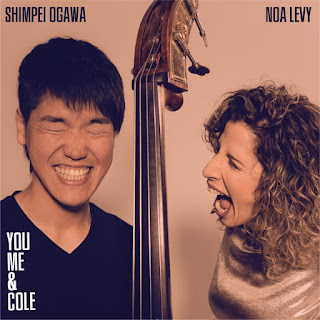 Noa Levy & Shimpei Ogawa: “You, Me & Cole” – The Cole of the album’s title is, of course, Cole Porter, and this album finds vocalist Noa Levy and bass player Shimpei Ogawa covering several classic Cole Porter compositions, including “I Get A Kick Out Of You,” “Love For Sale” and “In The Still Of The Night.” This is the debut release from the duo, and all the arrangements are by the two of them. One of my favorite tracks is “My Heart Belongs To Daddy.” This is one of the most adorable and enjoyable renditions I’ve ever heard. There is something seriously cool about it, and also quite playful (Noa adds George Clooney to the lyrics). Seriously, I highly recommend checking out their take on this song, even if you’re normally not a fan of the song. And then Shimpei Ogawa really rocks the bass on “Just One Of Those Things.” Noa Levy can cut loose at times with some fun scat, as on “What Is This Thing Called Love?” Another of my favorites is their rendition of “Anything Goes,” which has a delightful energy. I love Noa Levy’s vocal performance, particularly her playful delivery of lines like “Or me undressed you like.” She updates the lyrics a bit, mentioning Kevin Spacey and Russell Crowe, as well as texts, fake news, Twitter and blogs. This album is scheduled to be released on July 10, 2020. 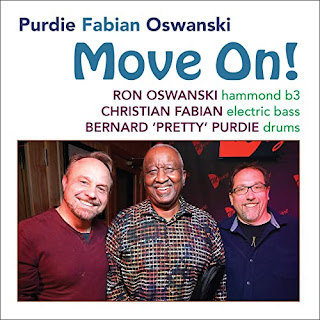 Purdie Fabian Oswanksi: “Move On!” – This trio is Ron Oswanski on organ, Christian Fabian on electric bass, and Bernard Purdie on drums, and on Move On! they deliver some delicious funky jazz, much of it original material composed by Christian Fabian. The disc’s opening track, “The Red Plaza,” is a lot of fun, a lively number with some absolutely wonderful work on bass. Things then relax a bit for “BPP Blues,” whose vibe is somewhat sly, kind of cool, and features more great stuff on bass, including a wonderful lead part. And the organ lets loose, its lead part broken up by some short but good drum solos. The title track is another highlight, a funky little jam that has a good amount of joy to it. The covers include a sweet rendition of Duke Ellington’s “Love You Madly,” a groovy take on Miles Davis’ “So What,” and a version of “The Battle Hymn Of The Republic” that is much cooler than you ever figured that song could be. This album was released on July 1, 2020. 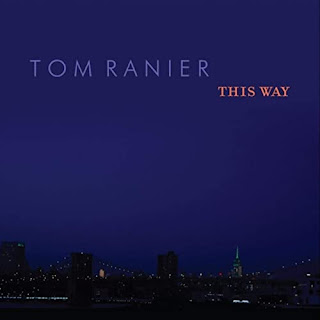 Tom Ranier: “This Way” – Tom Ranier has the kind of career a lot of musicians must dream of.  He plays multiple instruments; he has recorded and toured with a lot of different artists, covering a wide variety of styles; he has performed on several soundtracks for films and television shows; and, when time permits, composes and performs his own music. On his new album, This Way, Tom Ranier plays piano, synthesizers, saxophone and clarinet. He is joined by Trey Henry on bass, Ralph Humphrey on drums, and Thom Rotella on guitar. The album features mostly original material. The opening track, “Blue Aria,” has something of an easygoing vibe, and features some really nice work on keys. It is followed by “Circle,” one of my favorite tracks. This one has a pretty and somewhat comforting sound, and then goes in some interesting directions, and includes a lead on bass which comes as a surprise when it starts. There is something uplifting about the work on piano, which is what ultimately makes this track special. Things then get looser with the album’s title track, which has a light vibe and groove. Another highlight for me is “Trio Vision,” which has a cool sound and flavor. The two covers on this release are “Secret Heart,” written by Randy Brecker and Eliane Elias, and “Desafinado,” written by Antonio Carlos Jobim, Newton Mendoca and Viniclus De Moraes. This album was released on June 26, 2020.
Posted by Michael Doherty at 1:47 PM