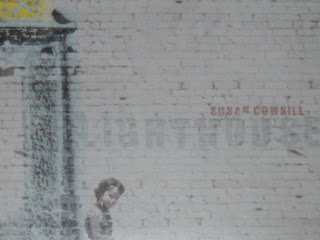 This album contains the pain, the sorrow and ultimately the optimism of the folks who lost so much in New Orleans during Hurricane Katrina.

Susan Cowsill's second solo album tells personal stories from Hurricane Katrina. Her brother Barry drowned in the floodwaters after the hurricane. Susan also lost almost everything she owned. Often when people write about subjects that are very close to their hearts, the resulting songs are not their best. It's like they're so close to the material that they're unable to look at it critically. Susan Cowsill does not have this trouble. She's taken some of the most personal subjects possible and written an album of excellent songs.

One of the things that's wonderful about this album is that those listeners who didn't experience tragedies in New Orleans can still relate to these songs, still be moved by them. Though personal, these songs are universal in their appeal. The emotions, the feelings this album evokes are not completely particular to those folks in New Orleans. The sense of loss, the uncertainty, the optimism - these are things that everyone experiences.

Jackson Browne Sings On "Avenue Of The Indians"

"Avenue Of The Indians" is heartfelt, pretty and sad. It benefits from Jack Craft on mandolin and cello, and Sam Craft's nice violin part. These serve the song well without overpowering the material. And it's a treat to hear Jackson Browne ("Lawyers In Love," "Running On Empty") doing vocals on this song.

"You And Me Baby"

"You And Me Baby" is one of the best songs on this album. It is beautiful and sad, vocally perfect and lyrically wonderful. Here is a taste of the lyrics: "Well I had a dream/Wasn't so long ago/If you hadn't come true/Well I never would have known/That angels are real." Jack Craft on cello and Sam Craft on violin really add to the song.

"River Of Love" was written by Barry Cowsill, who drowned in the floodwaters after Hurricane Katrina. Susan plays Barry's guitar on this track. Susan's brothers, Bob, Paul and John Cowsill, sing harmony on this one, as does Vicki Peterson (Susan's sister-in-law and member of both The Bangles and The Continental Drifters).

"Lighthouse" features Jack Craft on piano. It's a really nice song. The lighthouse of course is a beacon of light, providing hope, providing a way home. It's a simple image, and yet effective and powerful. This is a really good song. Susan sings, "It's always there, it guides my way/No matter where I roam/Through dreams of pirate ships that take me/Far away from home."

"That's The Way It Goes" is a sweet song about the uncertainties of life, and embracing both the life and the changes that come with it.

Wow. Susan Cowsill really pours her whole self into this song. How can a listener not be moved? This song contains powerful vocals and raw emotions. Susan sings, "Oh New Orleans/I'm growing weaker everyday/I no longer have the strength to stay."

In this song, as in a couple of the others on this album, Susan is dealing with the question of the reality of the tragedy. In this one, she sings, "And when I come back/I'll find it's just a dream/A real bad dream/A terrible dream." In "Could This Be Home," Susan sings, "And this is way too real."

The album concludes with "Crescent City Sneaux," a song which turns rowdy at the end, with references to "Iko Iko," The Saints and "When The Saints Go Marching In." The album ends on a positive note, both musically and with its reference to The Saints, who won their first Super Bowl. New Orleans is alive.

Lighthouse is scheduled to be released May 18, 2010 on Threadbare Records.

This album was written over the past four years during Susan's family's recovery from the hurricane. Her first solo album, Just Believe It, was released in 2005. Information on that album can be found on Susan Cowsill's official web site. In the 1960s, Susan was the youngest member (at the age of 8) of The Cowsills. They were known for such hits as "The Rain, The Park And Other Things" and their cover of "Hair" (from the musical of the same name). She was also a member of The Continental Drifters.