Ellis Paul Is Coming Back To Los Angeles 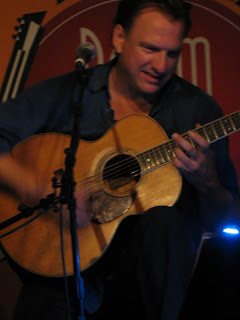 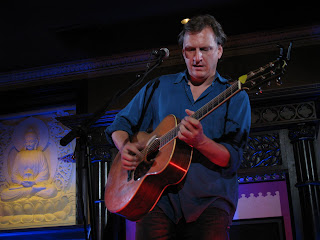 Ellis Paul, one of my absolute favorite singer/songwriters, will be coming back to Los Angeles later this month. He has two shows scheduled, which is wonderful news for those of us living in Tinsel Town, for Ellis Paul always puts on an excellent show.

The first show is on Sunday, May 22, 2011 in Santa Monica as part of the Ribbon of Highway, Endless Skyway Woody Guthrie Tour. This show will be held at the Santa Monica College Performing Arts Center, which is located at 1310 11th St., Santa Monica, CA 90401.

Other performers at this show include Sarah Lee Guthrie, Jimmy LaFave and Eliza Gilkyson.

Ticket prices range form $47 to $75 for this special show.

This is an early show. Ellis Paul is scheduled to take the stage at 7 p.m. So for those of you who have to work early the next morning, you can make this show and still get plenty of sleep.

The Day After Everything Changed Featured In Hall Pass

Ellis Paul's music will be familiar to fans of the Farrelly Brothers' films. He has songs in three of their films: Me, Myself & Irene (2000), Shallow Hal (2001), and this year's Hall Pass. Actually, a good chunk of the songs from Ellis Paul's most recent studio release, The Day After Everything Changed, can be heard in Hall Pass, though in instrumental form. (His music is used throughout the movie, but I never did hear his voice when I attended the film.)
Posted by Michael Doherty at 9:17 PM