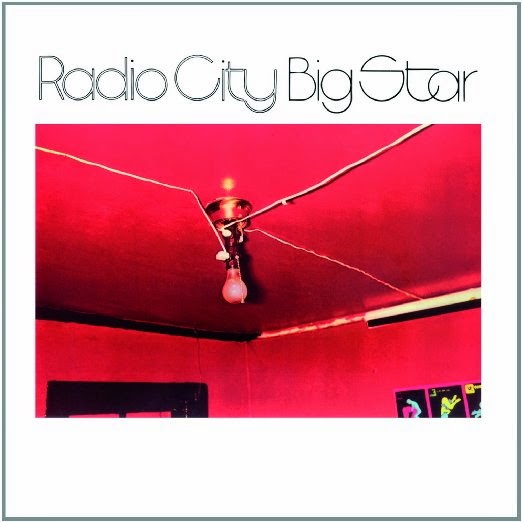 Big Star’s second album, Radio City, originally released in 1974, has been remastered and re-issued through Stax and Concord Music Group. There are new liner notes by Mike Mills of R.E.M. The liner notes cover Big Star’s first two albums and are included on the re-issues of both. After the band’s first album, #1 Record, didn’t do as well as it should have, Chris Bell left the group, and so Big Star became a trio for this album – Alex Chilton on vocals and guitar, Andy Hummel on vocals and bass, and Jody Stephens on drums. The album features all original songs, most of them written by Alex Chilton. There are no bonus tracks on this re-issue.

I absolutely love the way this album opens. “O My Soul” is such a fun track, with a great groove to kick it off. The song immediately tells you it was designed to put you in a good mood. Set aside your troubles for the length of a song. “We’ve got all night/You’re driving me mad now/You shouldn’t do that/We’re going to get on up/And drink till we drop.” This song also boasts a good little jam toward the end. (By the way, this song mentions the band’s name in the line “If I’m a big star.”)

They follow that with “Life Is White,” an interesting song with some surprising changes. There is also some nice work on harmonica (though no one is credited in the liner notes as playing harmonica).

The line from “Way Out West” that jumped out at me was “Sometimes I think she’ll make me forget/What I need most to remember.” There is just a bit of sweet sadness to this song, even as it ends on a positive, hopeful note about working things out. “Why don’t you come on back from way out west/And love me/We can work out the rest.” This is a really good song. Another that I really like from this album is “You Get What You Deserve.” It has a groovy vibe to it, with some nice work on guitar.

One of my favorites is “She’s A Mover” which has a bit of a 1960s vibe. It’s like a perfect rock and roll tune, tight while feeling loose, with good energy and a sense of fun. It’s basically everything you want rock music to be. And it’s followed by a bit of pop bliss, “September Gurls,” one of the band’s most popular tunes. “I loved you, well, never mind/I’ve been crying all the time/December boys got it bad.” I love when the guitar emerges for its lead spot. This is a song that’s been covered by The Bangles and Squire.

Radio City ends with a couple of short tunes. The first, “Morpha Too,” is an odd tune that features some really good vocal work. The second, “I’m In Love With A Girl” is kind of a sweet little love song. Here is a taste of the lyrics: “I’m in love with a girl/Finest girl in the world/I didn’t know this could happen to me.”

CD Track List
This re-issue of Radio City was released on September 2, 2014 through Stax and Concord Music Group.
Posted by Michael Doherty at 9:24 PM