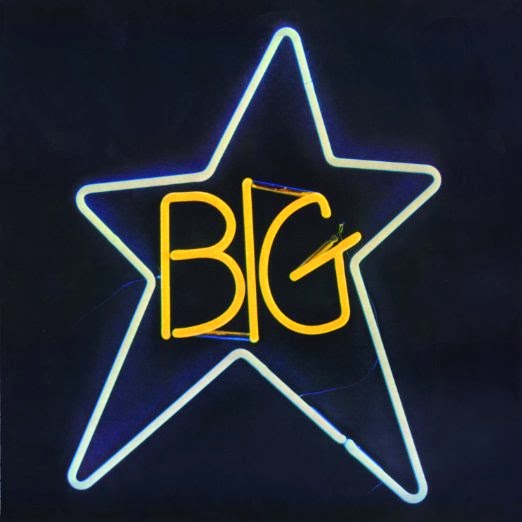 Big Star’s 1972 debut album, #1 Record, has been re-issued and remastered, and it sounds great. There are also new liner notes from R.E.M.’s Mike Mills. The liner notes cover both this album and the band’s follow-up, Radio City, and are included on the re-issues of both CDs. This album features all original tracks, most of them written by Chris Bell and Alex Chilton. There are no bonus tracks on this re-issue.

The CD kicks off with “Feel,” a great bit of that early 1970s rock but with a glorious pop angle. The energy of this track is mainly in its vocals.  And I love that great crunch with what sounds like horns and keys (though no one is listed as playing any horns on this album). I wish that section were longer. No one is listed on keys in the liner notes either, though online I found Terry Manning credited for this album.

Then the following track, “The Ballad Of El Goodo,” begins quietly with vocals and guitar, and is beautiful. And when it kicks in, it retains a certain beauty. This is such a good song. Sure, it’s still rock, but there is a folk or country rock feel to it as well. And I love the clarity of the guitar, the way you can hear each string so clearly you can almost see them. Another thing I love is that while this song is beautiful, it sacrifices none of the band’s power. Here is a taste of the lyrics: “Years ago my heart was set to live/And I’ve been trying hard against unbelievable odds/It gets so hard in times like now to hold on.” This is my personal favorite track.

“In The Street” feels to me like it could be a cover of a mid-1960s rock song, mainly in the way the line “Not a thing to do, but talk to you” is delivered in the opening lines: “Hanging out down the street/The same old thing we did last week/Not a thing to do, but talk to you.” It has a bit of that 1960s rock thing there and in the “ahh” vocals, but then is mixed with a 1970s southern rock drive, a combination which really works. It’s a fun track. By the way, this song will be familiar to a lot of people as the opening theme to the television series, That ‘70s Show (though it was a cover version used there).

“Thirteen” is a prettier acoustic song, with a sweet innocence and references to a couple of other tunes – “Paint It Black,” “Rock And Roll Is Here To Stay.” Wilco covered this song on the tribute to Big Star, Big Star, Small World.

“Don’t Lie To Me” is a kick-ass rock tune, with some blues at its base. There is a bit of messing around at the beginning of the track, but this is a straightforward Don’t-fuck-with-me song that demands to be turned up. Just listen to those guitars! “Don’t cross me, babe,” they repeat toward the end. It doesn’t quite feel right for this one to fade out. It should explode instead. It’s interesting that “Don’t Lie To Me” is sandwiched between two softer, beautiful tunes. “The India Song” is a delightful, playful tune written by Andy Hummel, and is one of my personal favorites from this album.

“Try Again” is another that I really like. It’s mainly an acoustic song, with an electric country rock-type guitar lead over it during the instrumental section. It’s a simple, honest statement, an assessment of self in a moment of struggle and hope. “Lord, I've been trying to be what I should/Lord, I've been trying to do what I could/But each time it gets a little harder/I feel the pain/But I'll try again.” Nice, right?

CD Track List
This re-issue of #1 Record was released on September 2, 2014 through Stax and Concord Music Group.
Posted by Michael Doherty at 8:09 PM