Curtis McMurtry did an excellent set tonight at The Hotel Café. He jumped right in, no introductions, no nonsense, and the shortest soundcheck ever. That might have been in part due to the fact that the previous show ran a bit late (something basically unheard of at this venue).

Curtis is the son of James McMurtry and the grandson of Larry McMurtry. Clearly, the ability to tell a good story is in his genetic makeup. He quickly proved himself able to hold his own in the writing department. Check out this line from “Sparks In The Wind,” the first song of his set: “We betray the ones we love for those we love a little more.” And check out these lines from “Down To The Wire”: “Please don’t pretend you’ve forgotten/The night that I gave you that bruise/We made love and you asked me to hurt you/I wish I could say I refused.”

Like all good storytellers, Curtis has a sense of humor. He talked about doing only sad songs and mean songs, and said the next one was a mean song, in introducing “She Loves Me More.” Something in his humor and demeanor reminded me a bit of Jim Infantino, but Jim in like the early 1990s. After “Foxhole,” he asked the crowd, “How’s your sad-to-mean ratio?” A couple of people responded, “Meaner,” and he said, “We can do that.” And he launched into “Lonely In The Beehive.”

At one point during “Eleanor’s House,” he did a bit of whistling. And while he did, a siren went by outside, not quite matching his tone but making the effort, which both Curtis and the audience appreciated. The last song of his set also had a whistling section, but this time there was no siren outside to accompany him.

Set List
Here are a few photos from his performance: 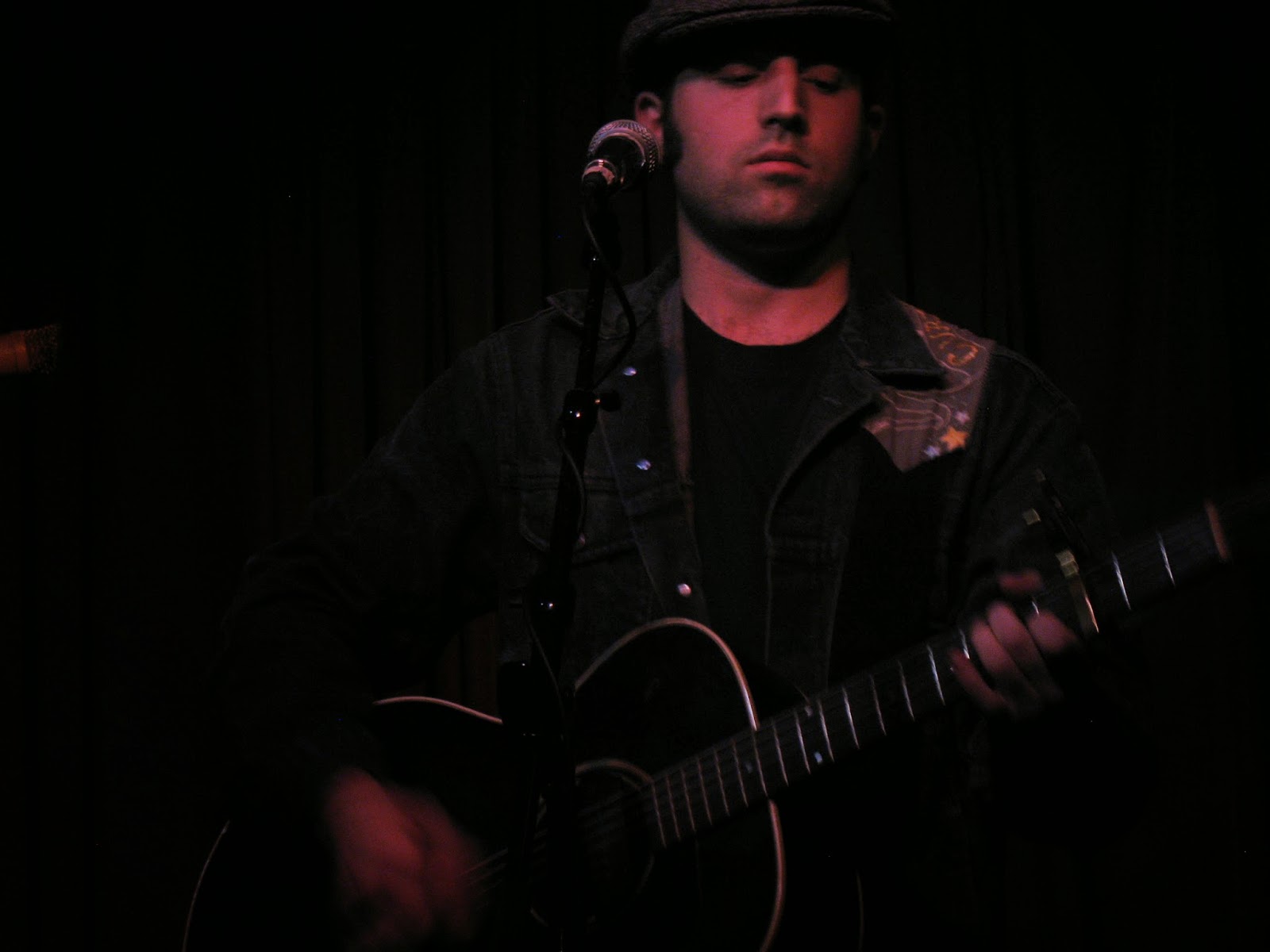 Posted by Michael Doherty at 10:37 PM