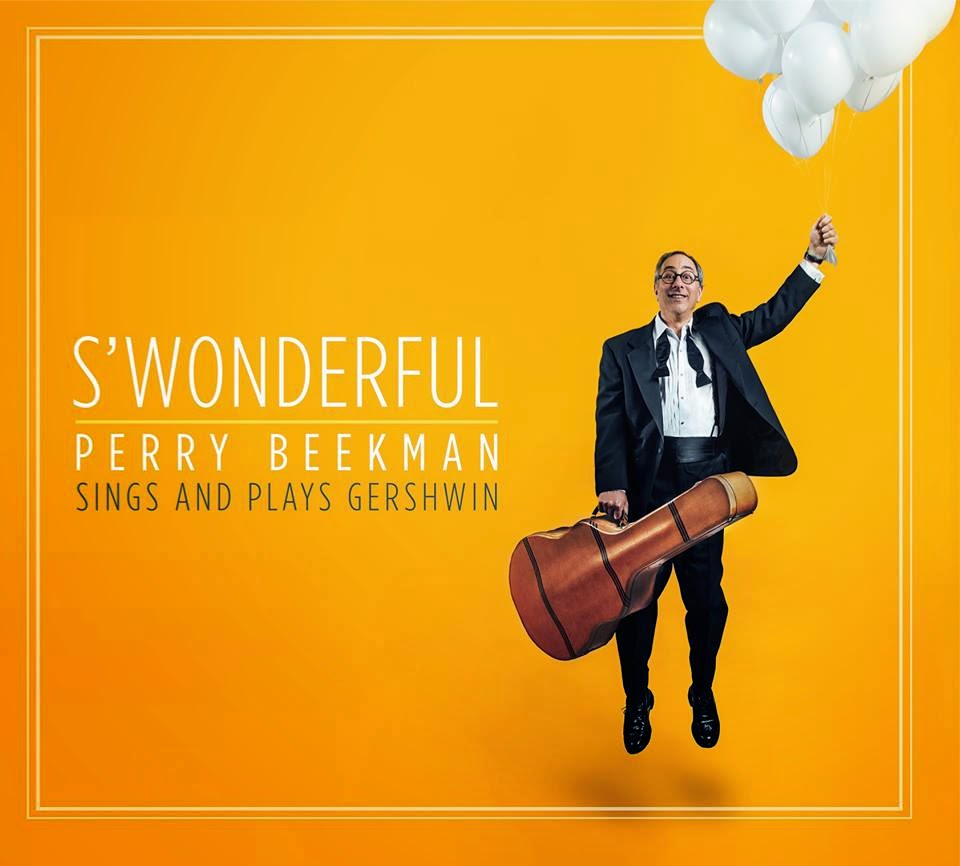 Perry Beekman is a jazz vocalist and guitarist who in the last few years has been exploring some of the great American songs, approaching them by composer. In 2013 he released So In Love, in which he covered some of the work of Cole Porter. And then last year he released Bewitched: Perry Beekman Sings And Plays Rodgers & Hart, on which he played some of those wonderful standards from that great songwriting team. And now he dives into the work of another amazing songwriting team, George and Ira Gershwin. Joining him once again are Peter Tomlinson on piano and Lou Pappas on bass. This album covers some excellent Gershwin compositions, all of which should be familiar to you. And though they’re all familiar, this album shows how fresh these songs still are.

Perry Beekman kicks off the CD with “Oh Lady Be Good,” a song from the 1920s, used in the musical Lady Be Good. This version features a really nice lead section on guitar, though I do wish the piano lead that follows it was a bit more prominent in the mix. There is also a cool bass solo. That’s followed by “Nice Work If You Can Get It,” a 1937 song written for the film A Damsel In Distress, where it was performed by Fred Astaire. This one, too, features some delightful work by all three musicians during the instrumental section, and that is my favorite part of the track.

I really like the instrumental version of “Fascinating Rhythm” on this CD, which has a great, lively vibe. At one point, during Peter Tomlinson’s lead part on piano, Perry Beekman uses his guitar as a percussion instrument. (He does that again on “Soon.”) The only other instrumental on this release is “But Not For Me,” a very different instrumental version of which was included in one of my favorite films, Woody Allen’s Manhattan, a film full of great Gershwin music. This rendition by Perry Beekman has a nice bit of swing to it, and a good lead section on guitar, as well as some wonderful work on piano.

Perry Beekman begins his version of “How Long Has This Been Going On” with the line “I could cry salty tears,” leaving out that opening section that I’m familiar with because of Audrey Hepburn in the 1957 film version of Funny Face. And speaking of films, a few days ago I re-watched Peter Bogdanovich’s They All Laughed, one of the most enjoyable films, and one that also stars Audrey Hepburn. That film includes Frank Sinatra’s rendition of “They All Laughed,” which was, of course, written by George and Ira Gershwin. Perry Beekman covers that tune on this CD, again leaving off the opening section, and beginning with the line, “They all laughed at Christopher Columbus when he said the world was round.” This song was originally in the 1937 film Shall We Dance. Perry Beekman delivers a really good rendition.

“Someone To Watch Over Me” is another Gershwin song to provide a film with its title, this one to a 1987 movie starring Tom Berenger and Mimi Rogers. This is one of my personal favorite Gershwin songs, and Perry Beekman does a good job with it, his vocals accompanied by only piano. Peter Tomlinson really shines on piano throughout this track, including a nice solo. I always love hearing this song.

One of the highlights of Bewitched: Perry Beekman Sings And Plays Rodgers & Hart for me was “It Never Entered My Mind,” which Perry Beekman first played as a pretty solo guitar instrumental before adding his vocals a couple of minutes in. He similarly approaches “I’ve Got A Crush On You” on this new CD, delivering a sweet solo guitar instrumental for the first minute and a half of the track and then adding his vocals. And yes, it’s a highlight of this album. Another highlight for me is “Love Is Here To Stay,” particularly because of the way his vocal line plays over that great bass line, a wonderful approach to this song. This song was originally in the film The Goldwyn Follies, where it was performed by Kenny Baker (not R2-D2, but that other Kenny Baker).

Perry Beekman covers “’S Wonderful,” which is for some reason re-titled “S’ Wonderful.” The album is likewise titled “S’ Wonderful.” So perhaps instead of “Is Wonderful,” the idea is “So Wonderful”? That’s my guess, anyway. Or it’s an error. Anyway, Perry Beekman delivers a pretty sweet, relaxed version. The CD concludes with “Let’s Call The Whole Thing Off,” which is always fun. I really like Lou Pappas' lead on bass on this track. And I appreciate the playful ending.