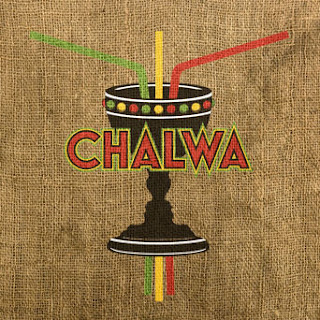 I like to smoke pot on occasion, but I am apparently not up on the lingo because I had no idea what “chalwa” meant. For anyone else who might be wondering, it is a kind of pipe for smoking marijuana. Chalwa is also the name of a reggae band based in Asheville, North Carolina. The band’s new album, Concentration Time, features all original music. This album has its own sound, its own feel, and isn’t your typical reggae release. This music really grew on me. The band, by the way, is made up of Dennis Berndt on lead vocals and guitar, Dustin Brown on bass, Bernard Carmen on keys and vocals, Tim Marsh on guitar and vocals, Nethali Percival on percussion and melodica, Joshua Lyn on drums, and Evan Ackerman on guitar. Joining them on this release are JP Furnas on trombone, Greg Hollowell on saxophone, Aaron “Woody” Wood on guitar, Mike Rhodes on drums, and Nik Hope on drums.

The album gets off to a good start with “The Journey,” a somewhat mellow, easygoing reggae tune. That steady reggae beat is present, but it’s not as prominent as it often is. And there is some nice work on horns. I really like this song’s vibe; it is having a relaxing effect on me. Like I could just let go and ride upon the soothing river of this song. “Even though it’s cold and dreary/Inside there’s burning a candle bright enough to light up the city.” That’s followed by “Roots,” which surprised me the first time I listened to it, as it has something of a 1950s or early 1960s sound mixed with reggae. This is a delightful, intriguing and seriously cool song, one of my personal favorites. I love what the group does vocally here. “A peace of mind without a piece of land/So take the roots in your heart and your hand/The roots will bring you back home.” Then “Concentration Time,” the album’s title track, has a very different vibe. I am really impressed by the variety of moods and sounds on this album. Sometimes reggae can feel a bit stale, when all the tracks have a similar sound. That is not the case here at all.  “Inspiration, dedication, putting out your life creation/Your life creation/But anxiety is on the rise/Please don’t let these tears get in your eyes/Get in your eyes/Worries come and worries go/Let your heart just beat in full control.”

“Fire” begins with the sound effects of a storm, which I – as always – would rather do without. But this song, once it gets going, is quirky and fun and totally enjoyable, and it develops into a good jam. “We need some rain to put out this here fire/We need more love in this here hour.” (By the way, my copy of this CD contains an error on the back of the sleeve, with “Fire” listed as the fifth track, and “Life Goes On” as the sixth, when the two songs are actually in the reverse order.) “Fire” is followed by “Staring At The Sun,” the title of which reminds me of that moment when Donald Trump looked directly at the solar eclipse. What a fucking moron. Not only that, but the dipshit actually pointed at the sun, in case anyone wasn’t sure where it was. It would be funny if it all weren’t so depressing and frightening that this idiot is in a position of power. Anyway, the song has a really good groove. “Beating Of The Drums” is a fun, positive song that makes me smile. “Listen closely, here it comes/It’s the beating of the drums.” Yes, this album should help raise your spirits. And we can all use a bit of that these days, eh? The album concludes with “BassBalls,” a song that incorporates the sound of a baseball announcer, which calls to mind that section from “Paradise By The Dashboard Light.” I’m a big baseball fan, but this is my least favorite track on the album.

CD Track List
Concentration Time was released on CD on June 20, 2018.
Posted by Michael Doherty at 12:49 AM