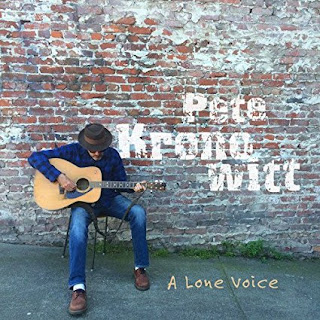 Our nation has entered some seriously dark times. Just today I had two people tell me they were going to report me to the authorities for humorous comments I made about Donald Trump, and they were serious. And they were proud, and they felt righteous. It’s a case of the worst that this country has to offer suddenly feeling itself in a position of power, people who ordinarily might be silent suddenly shouting their insane thoughts to the rest of us and expecting us to bow under the heavy waves of their nonsense. In a time when we desperately need gun control, we have a delusional bastard at the helm eliminating the gun regulations that were in place, arguing that we need guns in schools and that the mentally ill should be allowed to purchase weapons. At a time when it is critical for us to address climate change, we have an administration that wants to eliminate the Environmental Protection Agency altogether. Meanwhile our privacy is quickly disappearing, giving way to corporate and government interests (the two being difficult to tell apart these days), with Donald Trump eliminating online privacy protections. These are dark times.

Fortunately, there are many voices rising up against this dangerous tide of tyranny. One such voice is that of singer/songwriter Pete Kronowitt. On his fourth full-length album, A Lone Voice, Pete Kronowitt offers reason and truth, two things that are completely lacking in the current government. Joining him on this album are Phil Madeira on guitar, piano, organ and accordion; David Mansfield on guitar, mandolin, and violin; Chris Donohue on bass; and Dennis Holt on drums. Also, he is joined by backing vocalists on certain tracks. All of these songs are originals, written or co-written by Pete Kronowitt.

Pete Kronowitt kicks off the CD with “Change Is Gonna Come.” Yes, this song contains a positive, optimistic perspective and message, something we all need right now. “All it takes is just your voice/Change is gonna come.” One verse that I love is about the politician who won’t accept corporate funding: “I may not get elected/Without some change from everyone.” Of course I appreciate the play on the word “change.” By the way, this song has an upbeat, positive sound as well. On this song, Pete Kronowitt is joined by Halley Elwell, Eric Kamm, Justin Hetrick, Jack Kertzman, Judith May and Jaimeson Durr on backing vocals. “Change Is Gonna Come” is followed by “Got Guns?” I am diametrically opposed to guns. I don’t believe there is a single person on this planet sane enough to be allowed to own one. And the idea that the solution to the gun problem is more guns is just as absurd as it sounds. As you might guess, this song is one of my favorites, and it is sadly ever more pertinent each day, especially with Donald Trump apparently determined to get guns into the hands of children and the mentally ill. These lines, for example, seem particularly apt in light of Donald’s recent activities (and this album was released in the summer of 2016): “Don’t tell me that you’re too young/If you have a hand, get a gun/Guns on the playground, guns at school” and “Guns in asylums, guns in bars/What do you do without a gun in your car?” And hey, don’t be surprised if you find yourself dancing around to this song.

Not all of the songs on this album, however, have political messages. “Tears On The Back Of Her Head” is a mellow and incredibly moving song with a much more personal feel and some beautiful work on violin. Some lines of this song nearly have me in tears, such as “I’m trying to remember every word she ever said” and “She’s moving on without me.” That’s followed by “You Are Here,” a pretty and gentle song that might remind you a bit of some of Eric Clapton’s material. “Holding Your Hand” is a beautiful love song, and is one of my favorites of the album. Halley Elwell joins him on vocals on this one. Here is a taste of the lyrics: “Years pass like a whisper/After all we’ve been through/But I can’t imagine time without you/The distance between us just disappears.” I am thankful for this song, for it’s making me feel closer to my love tonight. “There ain’t nothing like holding your hand.”

“Necessary Evils” is an upbeat country rock song with a strong message, and more good work on violin. The phrase “necessary evil” always seemed bizarre to me, like accepting of something that certainly shouldn’t ever be accepted. “Unemployment keeps wages down/So business makes profit, the economy is sound.” This song and at least one or two others remind me a bit of Elvis Costello. Then “Puppet Master” has a fun groove, and also a message. “That puppet master puts on a damn good show/You think you know what is true.” That’s certainly an issue these days. What is true? What is real? In a land where the leader lies with every single breath, while remaining completely unashamed, even cocky, Truth is a rare commodity. And the idea of it being a commodity is also part of the point, isn’t it? “Just because it’s shiny and new/Doesn’t mean it is true/Folks can be bought in this red, white and blue/We’re all bought and sold in this red, white and blue.”

“Body, Choice & Mind” is another important song, dealing with a woman’s right to choose (something else that is threatened by Donald Trump’s regime). “Don’t let personal circumstance/Dictate your stance, dictate your stance/Roe vs. Wade, it’s the decision/Don’t let them make a fatal revision/No butcher’s going to cut no friend of mine.”  There is a cool instrumental section with some nice work on keys. This song has a bluesy edge. In “The Beast,” Pete Kronowitt sings, “I can’t read the paper/Too much bad news out there/All this violence and killing/Nobody seems to care.”  The album ends with an intimate song titled “Perfect Day.” “You had a perfect day/Then you went far away/And all the pain and all the fear/That one day did disappear.”

CD Track List
A Lone Voice was released on July 15, 2016 through Mean Bean Records.
Posted by Michael Doherty at 11:29 PM