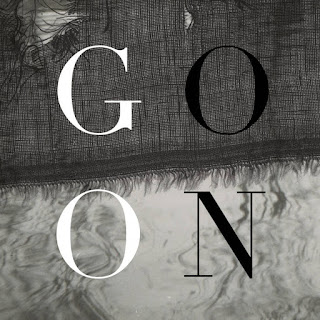 Paper Beat Scissors is the project of Tim Crabtree, who wrote all of the songs on the new CD, Go On, the follow-up to the eponymous debut. This CD is a wonderful and always-interesting mix of pop and folk sounds, electronica mixed with acoustic instruments, and Tim Crabtree’s voice is one that is full of yearning, need, a voice seeking exploration. And the music reflects that desire for exploration as well. It is achieved in part by having different musicians and different instruments on different tracks. This album at many points manages to be both mellow and exciting simultaneously (like “Onwards”).

It opens with “Enough,” which begins with an electronic-sounding drum beat, then suddenly becomes a beautiful pop song. The first time I listened to this disc, that came as a wonderful surprise, when the song kicked in. From that opening beat, I expected it to go in a very different direction, and so I was immediately interested and caught up in the music. And because of that, I paid even closer attention to the lyrics. Here is a taste: “Blithely you pick out your words/And won’t change them, no matter what the fashion/Clothed in your nouns and your verbs/Their best attempts to lead you to distraction.”

That’s followed by “Lawless,” which has a mellow, acoustic feel to start, the guitar soft and steady, giving focus to the vocals, to the lyrics. “Over out in the mud you made a promise/Over out in the mud you made a wish/Back where we walked you said that it was clearing/To quiet my mind and hold us both to this.” There is a beauty to this track, and then a couple of minutes in, it bursts up to another level. Michael Feuerstack plays pedal steel on this track. Gregory Burton plays euphonium and provides the orchestral arrangement, which serves the song well and never overpowers it.

One of my favorite tracks is “Wouldn’t,” mainly because of the sound of the song during the chorus, which is earnest and moving. “It was time for it to go/It was time, but it wouldn’t.” Simple, but effective. And I appreciate the joyous play with language, as in lines like “It was on the mind of all that minded we were there” and “The absence of a meaning didn’t mean we didn’t care.” Gregory Burton is on euphonium; Pietro Amato is on French horn; and Patrick Cruvellier is on violin. It is followed by another favorite, “Unfazed,” which features Tim Crabtree on piano and has country elements, most obviously heard in the pedal steel work by Michael Feuerstack. It is a pretty track, with a sound that seems to offer comfort almost like a lullaby. Check out these lyrics: “Don’t wake up when it rains/Silence should stay/Sleep through it all as through there’ll be no pain.” I love this song.

“A Reprieve” is the album’s only instrumental track. It fades in at the beginning, as if already in progress, coming from a distance, and has a slow, steady build as it approaches, taking hold. And then it eases out, releasing us gently. The album concludes with its title track, “Go On,” which is actually a different take on the CD’s opening track, “Enough,” this time with clarinet, bassoon and violin.

CD Track List
Go On was released on August 14, 2015 through Forward Music Group.
Posted by Michael Doherty at 9:15 PM