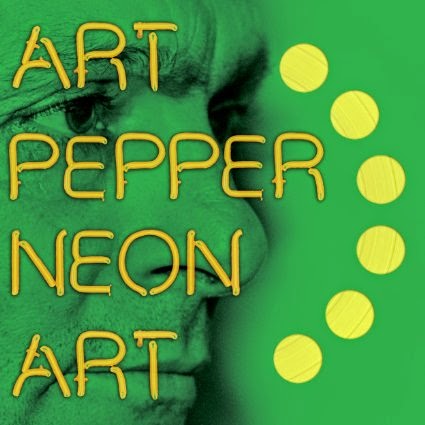 After seriously digging the first two volumes of jazz saxophonist Art Pepper’s Neon Art series, I was so excited to pop in the disc of the third (and final) volume. And I was not disappointed. Like the first two volumes, the tracks from this CD were recorded live in 1981. And like the second volume, these tracks are from his November tour of Japan, and feature George Cables on piano, David Williams on bass and Carl Burnett on drums.

Neon Art: Volume Three kicks off with a nice, long (just under twenty-five minutes) version of “Make A List (Make A Wish).” It begins with a cool, easy groove on bass and drums, with some thoughts by Art Pepper on alto saxophone. And almost immediately it feels like it’s going to fade out, like we’re catching the end of the tune, which is so interesting. But of course it’s only just beginning, taking its time, pacing itself, easing into things, setting a great mood. And there are some nice early moments with Art and George Cables working together beautifully. Things start building in intensity around the six-minute mark, with Art getting loose, and the band really getting into the groove. And then, watch out! Art might edge toward chaos at a few moments, but never lets things become too messy. He pulls back to that groove. It’s that wonderful groove and mood which are never allowed to be destroyed. And I love George Cables’ lead spot on piano. It’s sweet, almost tentative at first, like he just wants to play around a bit in this world, but not take it over. But then he does drive the band for a while, taking them further in, if not farther out. Eventually that eases into a lead spot by David Williams on bass, and then a drum solo by Carl Burnett. This track was recorded on November 13, 1981, the same date that gave us the gorgeous rendition of “Over The Rainbow” that was included on Volume Two.

It’s followed by “Everything Happens To Me,” a standard written by Thomas Adaire and Matt Dennis. The version here was recorded on November 14, 1981, and it is wonderfully and perfectly sad and contemplative, particularly Art’s work on saxophone. It’s so beautiful. Put this one on late at night when you’re alone and you may find yourself in tears, and you will likely find yourself enjoying those tears.

The CD concludes with “Arthur’s Blues,” which was recorded on November 19, 1981, the same night that gave us “Mambo Koyama” from Neon Art: Volume Two. You can hear the audience get excited the moment the band starts this tune, and it won’t take long before you understand just why. This track is so sweet, so good, with everything working just right. You know the blues are working well when they make you feel good, and this track will have you swaying and casting off any cares. A tune to put things into perspective, or one to make you forget all that entirely and let you just be. I absolutely love what Art Pepper does on this track. And then George Cables nearly tops him with his lead spot on piano, while the rest of the band gently swings beneath him. It’s fantastic. This is my favorite track, and it makes me wish there were a Neon Art: Volume Four to look forward to.

CD Track List
Neon Art: Volume Three is scheduled to be released on CD on April 7, 2015 through Omnivore Recordings.