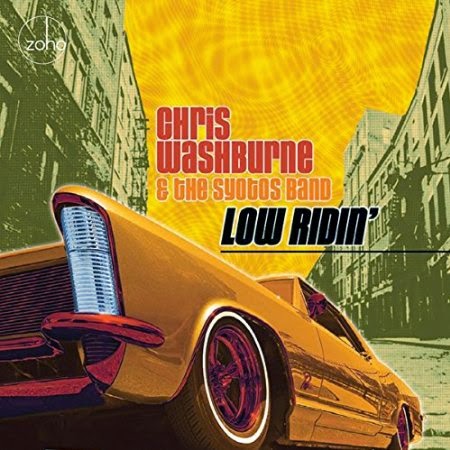 Jazz musicians have always done interesting covers of more mainstream material, making us look at pop songs from a different perspective and perhaps focusing on different aspects of the compositions. The new CD from Chris Washburne & The SYOTOS Band, Low Ridin’, finds the group covering some very familiar and beloved rock tunes from the 1960s and 1970s, including material by The Doors, Led Zeppelin, Jimi Hendrix, Neil Young and Lou Reed. It also includes one original tune, written by saxophone player Ole Mathisen. SYOTOS is a Latin jazz band, based in New York, that formed in 1992. SYOTOS, by the way, stands for “See You On The Other Side.” That feels especially apt for this album, as they’re taking us to the other – or at least an other – side of these familiar songs, including “Break On Through (To The Other Side).”

The album opens with a joyful rendition of “Feelin’ Alright,” a song written by Dave Mason and originally recorded by Traffic, but more well known as done by Joe Cocker. This rendition begins with the brass in full control, even as that great rhythm comes in. It features some excellent work on trumpet. The band follows that with War’s “Low Rider.” I’ve always thought this tune was pretty damn cool, but it’s only recently that I’ve heard bands finding different ways of tackling it. Dreaming Bull does a pretty wild cover of this song at their concerts. And this rendition by Chris Washburne & The SYOTOS Band finds places to groove and swing, and I especially love the keyboard section. Fantastic! A definite highlight of this album.

Perhaps one of the most interesting tracks is the band’s take on Led Zeppelin’s “Stairway To Heaven.” They explore some darker territory here, and you feel that something could spring out of the song at certain moments and pounce on you. That tone then changes partway through, just as Led Zeppelin’s original went through various sections. What also makes this an unusual track is the mixing in of Duke Ellington’s “Heaven.” This version is quite a bit shorter than the original. They also cover Led Zeppelin’s “Kashmir.”

Also interesting is the band’s rendition of Jimi Hendrix’s “Manic Depression.” The piano part feels to me like it could at any moment go into Vince Guaraldi’s “Linus And Lucy,” something that never popped into mind while listening to a Jimi Hendrix record. And then partway through, this version takes on a very different and surprising feel. What a great vibe!

I’m also quite fond of their version of “Walk On The Wild Side,” though of course I do miss Lou Reed’s voice and lyrics. There is something kind of pretty and sweet about this rendition, and I like the percussion. It’s the percussion of The Doors’ “Break On Through (To The Other Side)” that makes that song totally work for this sort of venture. That rhythm has a built-in Latin jazz feel, and Chris Washburne & The SYOTOS Band do some interesting things with this tune. I really like the direction they take this one. They also take Neil Young's “Sugar Mountain” in unexpected directions, and really groove on it.

The album’s final track, “Syotomon,” is the only original composition, written by Ole Mathisen, and it's a great ride in itself, opening with a driving rhythm before relaxing a bit into a good Latin rhythm. But it continually returns to that driving, somewhat anxious section, and the energy from those brief sections is carried over into the solos. This, for me, is one of the CD's highlights.

Low Ridin’ is scheduled to be released on April 14, 2015 through Zoho Music.
Posted by Michael Doherty at 4:56 PM