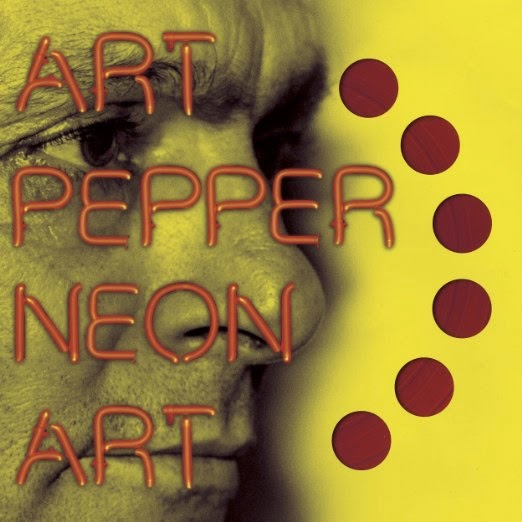 I’ve long been a fan of really good jams. Ever since I was a teenager I’d get really excited when I’d find a record with just one or two tracks on a side, because I knew that meant some serious jamming, some exploration. Well, jazz saxophonist Art Pepper’s Neon Art: Volume One contains just two tracks. So you know there is going to be some great stuff here. These tracks were recorded in Seattle on January 28, 1981 (the year before he died), and were released on vinyl in 2012. They’re now finally getting a proper CD release. Joining Art Pepper on this night were Milcho Leviev on piano, David Williams on bass and Carl Burnett on drums. Both tracks were written by Art Pepper.

“Red Car” begins softly with a nice little groove on bass, and it isn’t long before things get moving and shaking. The piano starts us off in that direction, and then Art Pepper comes in on saxophone and immediately has us smiling like demented children high on sugar. Be ready to dance, because your body is going to respond naturally to this seriously fun tune. The first time I popped in this disc I had worked a twelve-hour day and was completely bloody exhausted, and this track had me dancing like an immortal monkey within moments. I was re-energized, reborn. The whole band is just flying along with this great groove. Six minutes in, Milcho Leviev uses his lead spot on piano to explore that groove more fully, and things definitely get a little wild there. You can hear the audience responding, and you’ll be shouting for joy yourself as you listen. And then approximately thirteen minutes in, Carl Burnett solos on drums, and it’s just great.

“Blues For Blanche” is a fun tune that almost immediately swings. And boy does it swing, with a great sense of playfulness. Some of what Art Pepper does on saxophone might even get you laughing, as he jumps and rolls and screams and teases. Meanwhile the band is rocking, and Art is pushing and pushing them with his saxophone, and they respond in kind. They’re right with him, and it all sounds just fucking fantastic. Turn this up and find yourself there. Like six minutes in, Milcho takes over lead on piano, and things calm down just a bit, but perhaps get even more interesting. He plays with pauses at times as much as notes, and keeps you paying attention to every place he goes and every place he doesn’t go. And soon he is rocking those keys, and taking us for a glorious ride, with some fun surprises. And then ten minutes in or so, David Williams take a cool lead spot on bass. And a few minutes later, Carl Burnett gives us several short drum solos. This track is just a total joy to listen to, to groove to.

CD Track List
Neon Art: Volume One is scheduled to be released on February 17, 2015 through Omnivore Recordings. I cannot wait to hear the other volumes! By the way, the CD’s liner notes contain several photos.
Posted by Michael Doherty at 12:21 AM