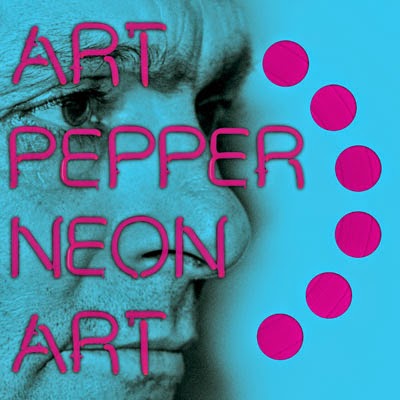 On February 17, jazz saxophonist Art Pepper’s Neon Art: Volume One saw its first official CD release thanks to Omnivore Recordings. If you’ve been enjoying Neon Art: Volume One as much I have (or even half as much as I have), you’ll be excited to know that Volume Two is just around the corner, and is just as good. While Volume One featured two long tracks from a show Art Pepper performed in Seattle in January of 1981, Volume Two includes three tracks from three different shows, all also from 1981, but these from his tour of Japan in November of that year. These performances were less than a year before his death, and are from his final tour of Japan. As on the first volume, David Williams is on bass and Carl Burnett is on drums. And joining them this time on piano is George Cables.

This CD kicks off with “Mambo Koyama,” recorded in Sapporo on November 19, 1981. This is an original composition, and Carl Burnett starts it off on drums, with David Williams coming in soon on bass, creating a good groove. When Art Pepper comes in on alto sax, the song becomes a bit more playful. I love the brief chaotic moment from which the groove quickly emerges, with George Cables taking the lead on piano. And it’s a seriously delightful lead section, with lots of interesting stuff over that great groove. And the guys just go off from there, really cooking, but maintaining that groove. At times, Art Pepper’s sax sounds totally sweet and joyful, and then it’s singing. Toward the end, there is a very cool bass lead by David Williams, and a little later there’s a drum solo by Carl Burnett. Wonderful.

That’s followed with a gorgeous cover of “Over The Rainbow” recorded in Tottori on November 13, 1981. Art Pepper gives us a solo introduction before going into the familiar melody, with the rest of the band easing in. It’s a beautiful, thoughtful rendition, and it breathes and soothes. It ends as it began, with a saxophone solo by Art Pepper. The CD then wraps up with a version of “Allen’s Alley,” also known as “Wee,” recorded in Tokyo on November 24, 1981. At just over nine minutes, this is the shortest of the three tracks. And it's a lively number that swings at a good pace and features some excellent work by all four musicians. There are band introductions at the end of the track.

CD Track List
Neon Art: Volume Two is scheduled to be released on CD on March 10, 2015 through Omnivore Recordings. And now I'm looking forward to Volume Three, which will be released in early April.
Posted by Michael Doherty at 7:08 PM