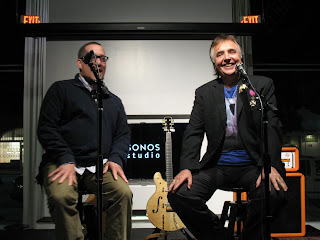 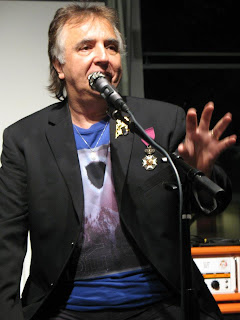 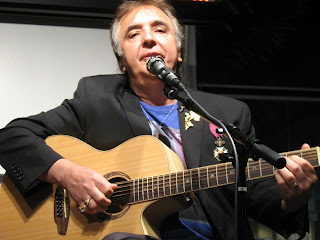 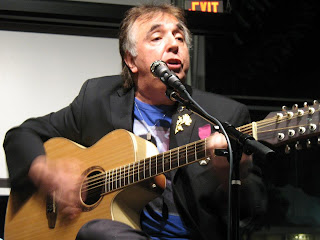 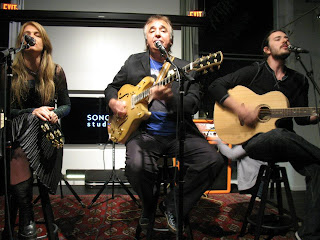 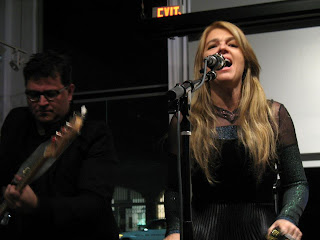 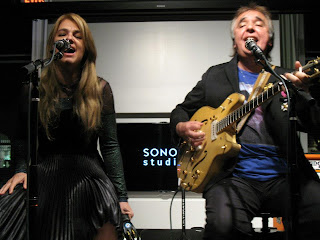 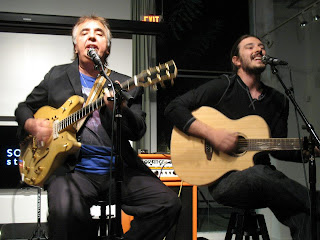 Sergio Dias did a short, but wonderful set of material from the new Os Mutantes album, Fool Metal Jack, last night at Sonos Studio in Los Angeles. He did four songs from the album ("The Dream Is Gone," "Ganja Man," "Time And Space" and "Fool Metal Jack") performing them on a twelve-string acoustic guitar. He then invited a few band mates up to perform a couple of old favorites. He switched to an electric guitar for those tunes.

Before the set, there was a Q&A with radio DJ Mario Cotto from KCRW. Sergio Dias talked about getting into music at an early age, describing his first guitar, and talking a bit about the early days of Os Mutantes. He talked also about how the recent album came about.

His voice sounded great, by the way. And it was fun to hear solo acoustic versions of Os Mutantes material. It was a total treat.

Another thing worth mentioning is that Sonos Studio has a cool exhibit up by Tom Kuntz and Dan Deacon. It’s a multimedia installation of wild-looking insects playing music. My friend’s favorite was the one with many mouths. I liked the bug with the matter-of-fact, down-to-business attitude. That installation will be in place through May 5th.
Posted by Michael Doherty at 6:44 PM