Hot Club Of Cowtown did two sets at Joe’s Great American in Burbank, California on Friday. I’d been to this venue only once before, because it’s not my favorite place to see a show. The people there (some of them, anyway) seem to feel entitled to any space they desire, even if it’s space you happen to be occupying. And they get upset if you don’t accommodate them by disappearing. The other time I was there, people were line-dancing to I See Hawks In L.A., and they kept running into me deliberately. It was weird.

This time I planted myself in the front, near the stage-left speaker, and was bothered only a couple of times.  But the music was so good that I didn’t let the other stuff get to me.  The band did a number of tunes from their new album, Rendezvous In Rhythm, including “Avalon,” “I’m In The Mood For Love,” “Slow Boat To China,” “The Continental,” and “If I Had You.” It was a treat for me to hear those songs because I’m a big fan of the new album.

They also did a few songs from their previous release, What Makes Bob Holler, an album which is a tribute to Bob Wills and His Texas Playboys. From that CD they performed “Oklahoma Hills,” “Big Ball In Cowtown,” “What’s The Matter With The Mill,” “Stay A Little Longer” and “She’s Killing Me.” These are all good songs, and fun to dance to.

There was a bit of a sound issue with Elana James’ fiddle at the beginning of the second set, but only in the monitors. It sounded fine in the house. I’m definitely going to try to catch these guys again the next time they’re in town. Hot Club Of Cowtown is Elana James on fiddle and vocals, Whit Smith on guitar and vocals, and Jake Erwin on bass and backing vocals. 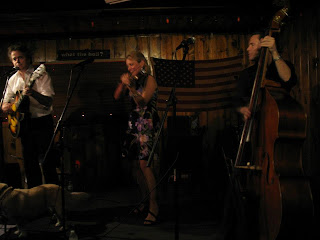 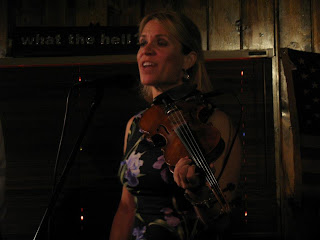 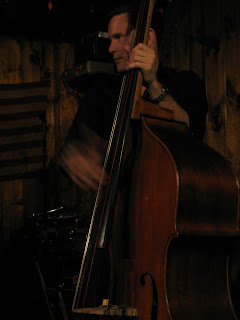 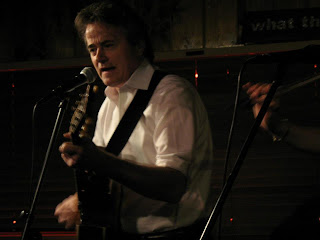 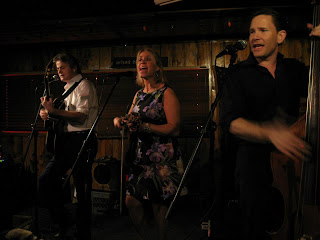 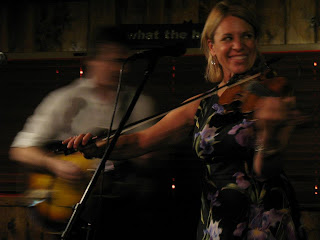 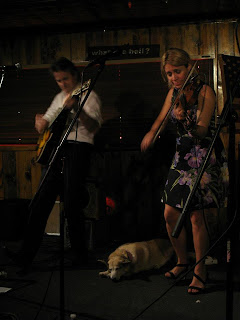 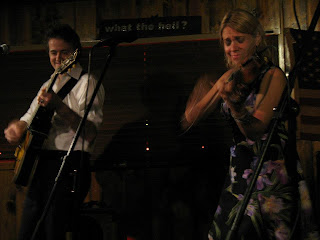 Posted by Michael Doherty at 6:41 PM