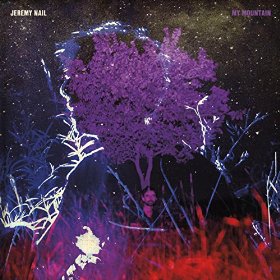 Jeremy Nail’s new release, My Mountain, features some excellent original material. I’m especially drawn to songs like “Down To The Ocean” and “Survive,” both examples of his impressive songwriting abilities. The songs are all originals, written or co-written by Jeremy Nail. Joining Jeremy on this release are Bobby Daniel on upright bass, Chris Masterson on guitar and Chris Searles on drums, with additional musicians and vocalists on certain tracks. The CD was produced by Alejandro Escovedo, known for being a member of The Nuns and Rank And File, and also for his own solo career.

My Mountain opens with its title track, a cool bluesy folk gem. This song has a simple but kind of hypnotic groove. And I love the backing vocals, which come in at just the right moments and aren’t overused; they’re like sly angels coming in from the side then retreating into the mist. Jazz Mills and Eleanor Whitmore provide those backing vocals. “The spirit grows when the winds of change blow in/I might fall, but I’ll get up again.” We then go a little deeper into Jeremy Nail’s world in the second track, “Down To The Ocean,” one of my personal favorites. By now he has us, and when he sings that he goes down to the ocean and jumps in, we’re with him, so the line “Let the waves wash away my failure” somehow cleanses us as well. There are some really good lyrics, and they’re delivered so openly, almost like spoken word. “The dreams I cling to, just far enough out of reach/That’s the beauty of a dream.” “Down To The Ocean” was written by Jeremy Nail and Alejandro Escovedo.

Jeremy Nail then switches gears to deliver more of a country pop song, “Dreams.” It’s a happy, positive tune with lines like “Listen to the song in your heart/Well, all you gotta do is do it/Though they say it’s all been done/But you ain’t done yet.” Johnny Goudie provides backing vocals on “Dreams.” That’s followed by another of my favorites, “Survive,” a sweet, strong, moving song, with some beautiful harmonies by Dana Falconberry on the chorus. “Right or wrong/You’re going to do what’s best for you and no one else/I’ll be by your side.” I love Jeremy’s honest vocal delivery, with just a hint of ache in his voice. This song also has a really good electric guitar part.

“Brave” is another that grabbed me immediately (immediately and gently), partly because of those wonderful touches on piano near the beginning. That’s Stephen Barber on piano. I also love the strings, which add to the beauty of this song. This song is truly pretty, and sounds like it lives on the edge between a smile and collapse. “There’s another way, I just know it/’Cause tomorrow will move on from yesterday/I know that through my fear I will remain/Brave.” I also love the feel of “New Frontier,” with a kind of haunting element from the start. Then those great touches on electric guitar help create a strange, dark mood, an atmosphere of regret and hope and possibilities, all over a steady pulse. My Mountain concludes with “Tell Me What Else You Got,” another strong track featuring a wonderful instrumental section at the end.

CD Track List
My Mountain was released on May 3, 2016 on Open Nine Music.
Posted by Michael Doherty at 9:32 PM