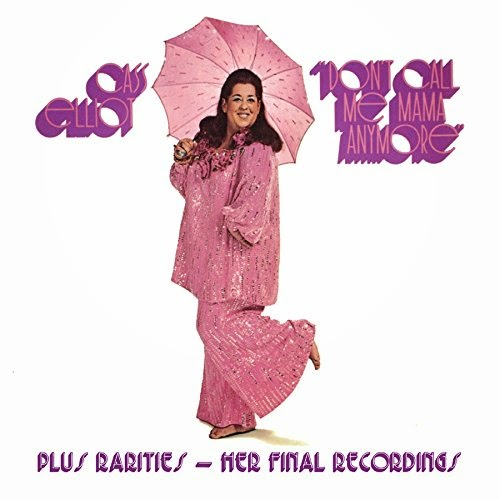 Cass Elliot’s incredible voice was such a vital part of the charm of The Mamas And The Papas. When that band broke up in 1968, she began a solo career, which was sadly cut short in 1974 by a heart attack. In 1973, she released her final record, Don’t Call Me Mama Anymore, a live album recorded at Mister Kelly’s (though with some additional recording in the studio). The new re-issue of that album, Don’t Call Me Mama Anymore Plus Rarities – Her Final Recordings, includes five other tracks, two of which were previously unreleased.

The CD’s first track begins with a man introducing Cass Elliot, accompanied by a drum roll. The band then goes into just a bit of “Dream A Little Dream Of Me” while Cass comes out on stage. She opens with “Extraordinary,” an odd show tune from Pippin with lyrics containing references to advertisements and so on. At the end, she sings, “And don’t make me think about everyday things/They’re unnecessary/To someone who is very/Extraordinary like me.” It’s cute, but feels basically like a bit of a warm-up.

A much better song is the delightful “I Think A Lot About You,” written by Margo Guryan. In this, she shows what she can do vocally, varying her approach on different lines to great effect. What an amazing voice this woman had. I love the playful element to this song.  Listen, for example, to the way she sings the lines, “Now if I hadn’t controlled me/You know I might have been ashamed/In the morning.”

This CD contains a couple of tracks of stage banter, showing Cass Elliot’s great sense of humor. In the first, she says: “Maybe perhaps you can pretend that you’re in my living room. Of course, the drinks wouldn’t be so watered.” She talks about The Mamas And The Papas, and the problems with the names.

That leads right to her performance of “Don’t Call Me Mama Anymore,” the album’s title track, a song written for Cass Elliot by Walter Earl Brown. It’s kind of a big production, but with a sense of humor. In this one, she sings, “You can call me partner/You can call me ma’am/If your wife don’t understand you and you’re smashed/My name is Sam/But don’t, don’t call me Mama anymore.” (The original album concludes with an instrumental reprise of this tune.)

Cass Elliot does a pretty rendition of Paul McCartney’s “My Love” (a song originally included on Wings’ 1973 record, Red Rose Speedway). One of the highlights of this CD is “The Torch Song Medley,” which begins with a cool version of “I Came Here To Sing A Torch Song.” She takes it down a bit with a sweet, sexy, intimate vocal delivery of “I Got A Right To Sing The Blues.” She lets it build as she slides right into “I Got It Bad And That Ain’t Good” and then “Mean To Me.” The band throws in what sounds to me like just a touch of Gershwin (“Rhapsody In Blue”) between that song and “Why Was I Born.” There is a pause before the reprise of “I Came Here To Sing A Torch Song.”

“I Like What I Like” opens with a bit of stage banter, and Cass introduces some of the band. They then go into the funky “I Like What I Like,” written by Bruce Wheaton and originally performed by Everyday People. The song is a lot of fun, though it doesn’t have that great percussion intro of the original. It does have some nice backing vocals and some seriously cool work on keys.

This disc includes approximately seventeen minutes of rarities, including two tracks that were previously unreleased. “Theme From ‘L’Amour’” is a playful and totally delightful tune, the theme from the Andy Warhol/Paul Morrissey film. “Listen To The World” is a strange and wonderful song about communication and responsibility, with an ultimately positive message and feel. I really like these lyrics: “All those preachers telling you/Your religion's good for you/Perfect for the whole world too/If they know what's good for them.”

The rarities also include the single version of “I Think A  Lot About You,” one of my favorite songs from the live album. This is a wonderful track, just absolutely perfect.

The two previously unreleased tracks are both live tracks. The first is another medley, this one beginning with “Make Your Own Kind Of Music,” then going into “Dream A Little Dream Of Me.” I’ve always loved the way she sang this one. There is a bit of a pause before “New World Coming,” and then she returns to “Make Your Own Kind Of Music.” This track ends with some stage banter about why she didn’t include “Monday, Monday” or “California Dreamin’” in the medley. And then she responds to an audience member who requests those songs. The other previously unreleased track is “Don’t Make Me A Memory.”

Don’t Call Me Mama Anymore; Plus Rarities – Her Final Recordings was released on July 29, 2014 through Real Gone Music.
Posted by Michael Doherty at 11:26 PM