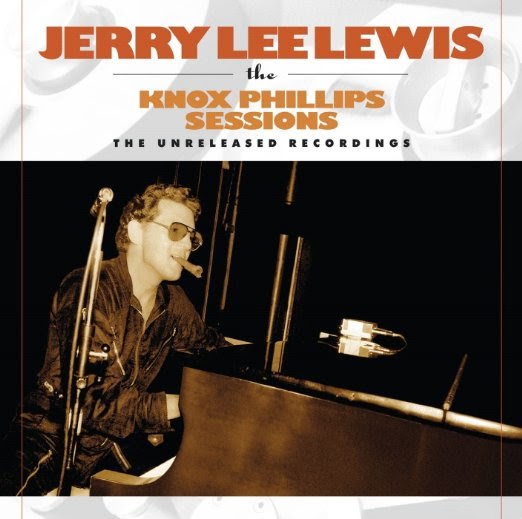 I’ve always loved Jerry Lee Lewis. His music attracted me at a very young age, and his appeal has never lessened. His style and his attitude seem to be the embodiment of what rock and roll is, even when he’s doing country. It’s part ego, part lark, with an attitude of defiant indifference to conventions and rules, but also with an unbridled and honest passion. That’s the feel of it. When I read about adults in the 1950s ranting in opposition to rock and roll, I always guessed it was aimed specifically and directly at Jerry Lee Lewis – that he frightened them in a way Elvis Presley never could. For he really embodies that unpredictable element of rock and roll, what gives it that excitement. And you can hear it in these recordings from the 1970s as well. Jerry Lee is clearly having a great time, and is as loose as ever. He refers to himself in the third person, and likes to toss the word “mother-humper” into these tunes (I’m not sure I’ve ever heard anyone else say that). But even while clowning, the man can really play. The Knox Phillips Sessions: The Unreleased Recordings features ten tracks with some excellent work on piano. Jerry Lee Lewis puts his own spin on these familiar songs, even turning in a rocking rendition of “Harbor Lights.”

The album opens with “Bad, Bad Leroy Brown,” and right off it’s clear that Jerry Lee is having a hell of a time, adding his own thoughts and lines to this wonderful Jim Croce song. He’s riffing like mad, and the results are so much bloody fun. He even refers to himself and his own work, actually starting the track by saying, “Get the Killer down on tape right and we’ll make millions,” and later mentioning “Whole Lotta Shakin’ Goin’ On.” Late in the track, he changes perspectives to the first person, he himself becoming the “bad” character, taking the place of Leroy Brown, as “the meanest man in Memphis, Tennessee.” Before that, he mentions Nixon: “He’s worse than ol’ Leroy Brown.” You can’t help but love it. Plus, there is some nice work on fiddle and harmonica. Yes, the band gets to have fun here too.

I love the playful vocal delivery on “Ragged But Right,” which he sings as “Rugged but right,” and the equally playful work on keys.  He mentions himself on this track too: “The Killer’s rugged but he’s right.” This track is absolutely delightful, especially when he delivers, as he says, “a ragtime mother-humper, New Orleans style.” He mentions “Great Ball Of Fires” at one point on this track. And he ends it so smoothly, “Listen to me now, I’m so right/The Killer’s right.”

Jerry Lee then gives us his version of the great country song “Room Full Of Roses,” making it his own, adding his name to the lyrics (“For every time Jerry cried every night” and “You might send ol’ Jerry a rose or two”). I love how he can make his voice sound so sweet in lines like “All I want is my arms full of you.” He does some surprising stuff on keys here. This is an excellent track.

Jerry Lee Lewis tackles a couple of the most well-known tunes from his contemporary Chuck Berry: “Johnny B. Goode” and “Carol.” That guitar still plays a big part in this version, but of course it’s the piano that takes prominence at times. The band really cooks, and they slide into “Carol,” with Jerry Lee adding his own lyrics. He then slows things down at the end for a kind of bluesy finish.

Jerry Lee Lewis delivers a surprising performance of “Beautiful Dreamer,” with some spoken word about the songwriter, Stephen Foster. There is something perfectly rough in his voice as he tells the sad tale of the songwriter, then returns to the song itself.
CD Track List

The Knox Phillips Sessions: The Unreleased Recordings is scheduled to be released on CD and vinyl on September 23, 2014 through Saguaro Road Records.
Posted by Michael Doherty at 8:10 PM