There is a lot of excellent music out there to help us through these difficult and strange times, and I am grateful for it. Here are some brief notes on a few new jazz releases you might want to check out. 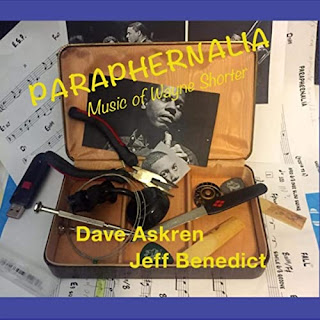 Dave Askren/Jeff Benedict: “Paraphernalia: Music Of Wayne Shorter” – Well, the album’s title should tell you basically everything you need to know. This disc finds guitarist Dave Askren and saxophonist Jeff Benedict celebrating the music of one of jazz’s greatest composers, Wayne Shorter. Many of Shorter’s compositions have become jazz standards, and the tracks chosen for this release will likely be familiar to most people. Some information on each of the choices is provided in the disc’s liner notes. Wayne Shorter, in addition to being an excellent and respected composer, is an incredibly talented saxophonist. Jonathan Pintoff is on bass, and Chris Garcia is on percussion. However, there are two tracks on this album that Dave and Jeff perform as a duo – “Miyako” and “Infant Eyes.” Possibly my favorite track, however, is “Mahjong” (though I also totally love the funky groove of the album’s title track). Scheduled to be released on May 1, 2020. 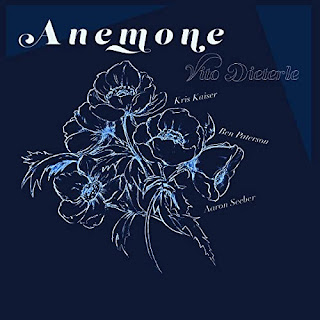 Vito Dieterle: “Anemone” – Saxophonist Vito Dieterlo released two albums on March 1st, one of them a collaborative effort with pianist Joel Forrester titled Status Sphere. The other, Anemone, finds him performing in a quartet with Kris Kaiser on guitar, Ben Paterson on organ, and Aaron Seeber on drums. The album opens with a delightful rendition of Cole Porter’s “Dream Dancing,” and also features material by both Tommy Turrentine (a fun, breezy rendition of “You Said It”) and Stanley Turrentine (a cool, lively version of “Minor Chant”), as well as compositions by Billy Strayhorn, Dizzy Gillespie, Thelonious Monk and Jule Styne. There is also one original composition, the album’s title track, which is a pretty and somewhat mellow number, a saxophone/guitar duet. This album was released on March 1, 2020. 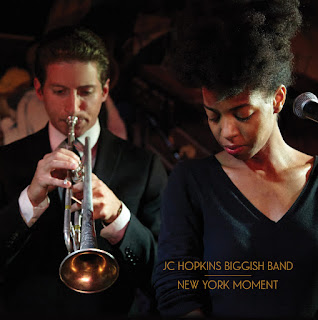 J.C. Hopkins Biggish Band: “New York Moment” – From the moment the first track of this album begins, I am completely on board. There is joy to the playing, to the singing. The album swings and pops on some tracks, warms us on others, and what is more, it features mostly original material, written or co-written by pianist J.C. Hopkins. Yes, that’s right, we have some delicious new big band (sorry, biggish band) songs to move us, to keep us going, to make us smile. I am especially fond of “One Of Those Days,” which has a wonderful humor to it. This disc features five different vocalists, each with a distinct style, each with something special to deliver. How can you help but be pulled in by the sensuous singing on “The Wonderful Things To Come”? The album’s only cover, a lively rendition of Charles Mingus’ “Better Git It In Your Soul,” is also the album’s only instrumental number, and it features some absolutely fantastic work on saxophone and the other horns. Scheduled to be released on April 5, 2020. 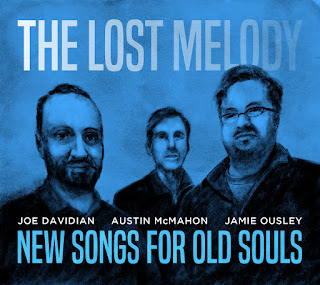 The Lost Melody: “New Songs For Old Souls” – The Lost Melody is the talented trio of Joe Davidian on piano, Jamie Ousley on bass, and Austin McMahon on drums. This album features all original material, with each of the three members contributing compositions. There is a lot of joy and warmth to their playing, and it transfers to the listener. The first time I put this disc on, I was feeling seriously stressed out because of the daunting financial troubles I will face if work doesn’t resume within two months, and this music had me smiling in short order. What more can we ask for? Highlights for me include “Leaving Montserrat,” “Won’t You Sing This Song For Me?” and “A Sea Of Voices.” Scheduled to be released on May 1, 2020. 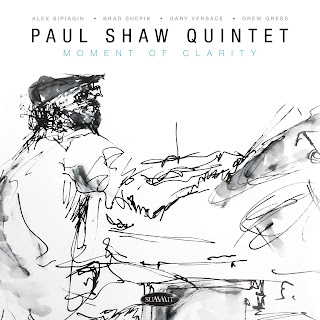 Paul Shaw Quintet: “Moment Of Clarity” – Paul Shaw is a drummer known for his work with Inside Out and The Swing Association. Moment Of Clarity is his first album as a band leader, and it showcases his writing talent as well as his skill on drums. All of the tracks on this album were composed by Paul Shaw. Joining him are Alex Sipiagin on trumpet, Brad Shepik on guitar, Gary Versace on piano, and Drew Gress on acoustic bass. The music here is exciting at times, and features excellent work from all five players. Right from the first track, “Heartland,” there are some fantastic lead sections, particularly by Alex Sipiagin on trumpet. One of my personal favorite tracks is “Peekaboo,” in large part because of the bass, but also because of that great trumpet lead, and of course because of Paul Shaw’s work on drums, including that cool and expressive solo. This album was released on March 27, 2020.

Posted by Michael Doherty at 2:57 PM