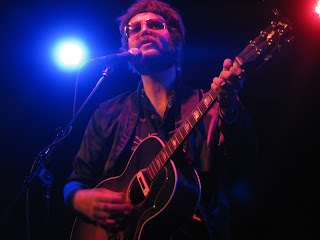 Henry Wagons continues to impress and delight me. He did a solo set last night at the Bootleg Theater in Los Angeles, and from what I could tell, he had the entire audience in the palm of his hand. I’ve been a fan of his music since I first heard the full-band Wagons album Rumble, Shake And Tumble five years ago.  A little later that year the band did a show at the Hotel Café, and it was one of the best concerts I saw that year. Now he’s exploring a solo career (but he assures me that doesn’t mean that Wagons the band is done, just on a break), and earlier this year released After What I Did Last Night…, his first full-length solo album. Last night he played several tracks from it. But he opened his set with a couple of covers, “Separate Ways” into “Never Been To Spain” (two songs that Elvis Presley recorded). In the latter, he sang about having never been to the Bootleg Theater, just before the lines about the women being insane here.

Henry had just flown in from Australia, and joked about how the upside down “Cocktails” sign above the bar felt like a personal welcome to him.  “I’m feeling well and truly at home. Thanks for coming out on a Tuesday night instead of watching prime time TV.” He then added, as an introduction to “Love Me Like I Love You”: “I love you. What I need you to do is love me in return.” No problem! “Love Me Like I Love You” is a song the band played at that show at the Hotel Café in 2011.

It was after that song that he began dipping into material from the new CD. “This is called ‘Head Or Heart.’ True story based on my touring experience in the south.” “Head Or Heart” is one of my favorites from the new album, and he delivered a really good rendition last night. I love when his voice reaches those insane deep, low places. And performing solo really allowed him to play with this song (and other songs, obviously), taking his music in whatever direction seemed right. The song’s last line got a big laugh from the audience. He then went back to an old favorite, “Drive All Night ‘Til Dawn,” a definite highlight of the set, particularly because of his kick-ass vocal performance.

Henry Wagons is playing the Bonnaroo festival this weekend, and that’s the main reason for this trip to the United States. If you’re going to Bonnaro, you should definitely check out his set. Last night, he asked the crowd about the festival, joking about how he’s heard that everyone gets wasted there. Maybe that’s true. I’ve never been there.

Most of the rest of the set was material from the new album. For “Weak Link,” he sang along to the track recorded for the CD, which totally caught me off guard. He came out into the audience, at least as far as his vocal microphone cord would allow, directly interacting with those in the front. I’m not a big fan of pre-recorded elements in a live performance, but it seems Henry can get away with anything and make it work. “The power of modern technology, ladies and gentlemen,” he said afterward. He did it a second time (“karaoke style,” he said), for “Only Sane Mother Fucker.” And again, he came out into the audience, jokingly urging one man to scream into the microphone. He also played “Only Child,” another favorite of mine (judging by the audience reaction, I’m not alone in my love for this song), as well as “Cold Burger, Cold Fries,” the CD’s lead-off track.

He wrapped up the set with a great version of “Willie Nelson,” a song from Rumble, Shake And Tumble (the only song he played from that album, actually). Who else but Henry Wagons can give a sense of urgency and meaning to a line like “He likes some salt and pepper with his evening meal”? He got the audience singing along to the main line of the song, “Willie, Willie, Willie, Willie, Willie Nelson.”

Set List
Here are some photos from Henry’s set: 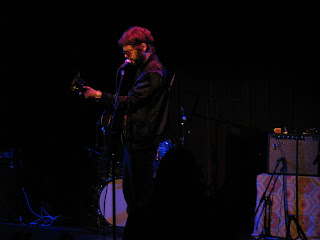 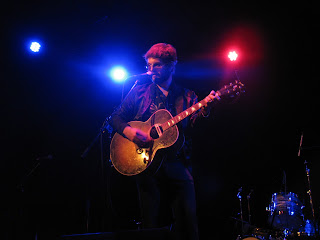 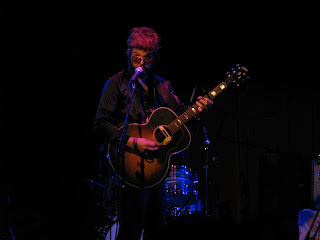 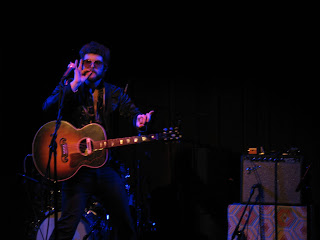 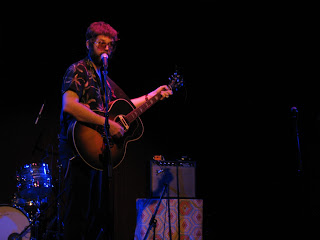 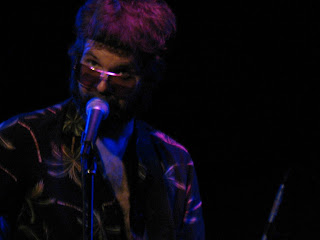 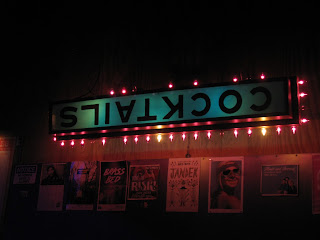 If you missed this show, I have some good news for you. Henry Wagons will be back at this same venue on July 13, 2016. This time he’s going to have a band, including a couple of the Nashville musicians who play on his new CD. The Bootleg Theater is located at 2220 Beverly Blvd. in Los Angeles. By the way, the venue’s website needs to include more accurate information. The only time listed on the site was 8:30 p.m., so I mistakenly assumed that meant the show would start at 8:30. But the doors didn’t even open until a little after 8:30 p.m. And from the venue’s website, it wasn’t clear which artist would go on first. It would be helpful if they would include the lineup with approximate start times on the webpage.
Posted by Michael Doherty at 1:28 PM