Josh Lederman & The Cambridge-Somerville All-Stars at The Plough And Stars, 6-25-16 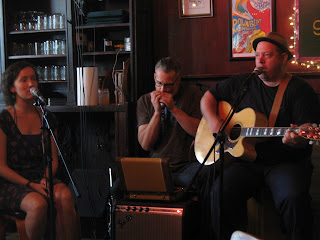 A trip to Boston just doesn't feel complete without seeing Josh Lederman at least once. This trip I was fortunate enough to catch two of Josh's bands (and sort of all three, since his Country Pleasures duo bandmate sat in with The Cambridge-Somerville All-Stars). On the 24th I saw The Be Nice Or Leave Brass Band at Bull McCabe's in Somerville, and the next afternoon saw Josh Lederman & The Cambridge-Somerville All-Stars (or, CSARS) at The Plough And Stars. Josh Lederman & The Cambridge-Somerville All-Stars have been playing afternoon shows at The Plough And Stars for eight years now. It's crazy how time passes, right? One thing that keeps these shows fresh after all these years is the impromptu nature of the performances, due to the band's lineup being different each time. The idea is to have some of the area's best musicians sit in for a couple of sets, and so you never know just what instruments will be heard at a given show. It all depends on who shows up.

Before the show on the 25th, Josh talked about the difficulty he had in finding musicians for that week's gig. So many people were out of town, or otherwise engaged. But what resulted from that was wonderful. While sometimes the band can become quite large, at this show it was just Josh on guitar and vocals, Mark Earley on harmonica, Chris Anzalone on drums, Chris Maclachlan on bass and Emily Fine on vocals. The stand-up bass ended up having a great presence, and the harmonica worked as the main lead instrument. And then partway through the second set, we got the addition of Mark Chenevert on saxophone.

The first set included some tunes from Seven Years A-Roaming, including "55 Words," "Pretty Babe," "Windows Of Despair" and "Chere Bassette." They concluded the first set with a good cover of "Jackson," playfully having it sort of fade out at the end. After a twenty-minute break, they opened the second set with a country song, "Sweetest Waste Of Time." They did some songs that I saw The Country Pleasures do, including "Step It Up And Go" and "Cornbread, Peas And Black Molasses." They also did a couple of songs that will be included on the upcoming CD release (I can't wait for the new CD). When the saxophone was added, the band stretched out some of the songs, giving us some great and fun jams. I particularly loved the way the saxophone and harmonica worked together - such a great dynamic. The second set ended at 6:04 p.m. 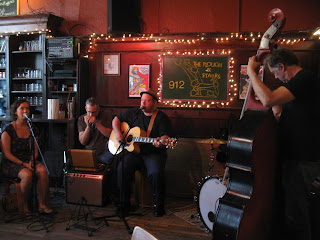 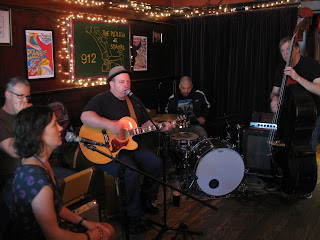 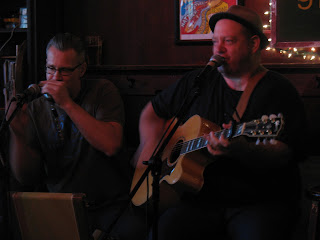 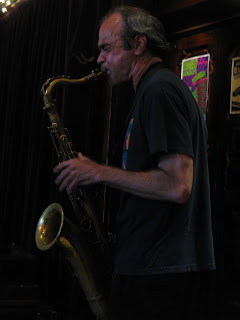 And, for good measure, here are a couple of photos from The Be Nice Or Leave Brass Band show the night before: 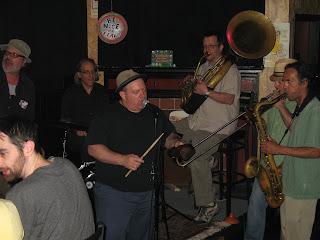 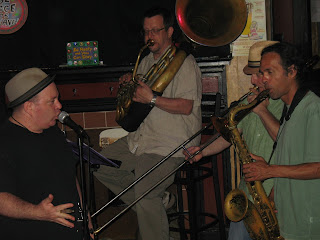