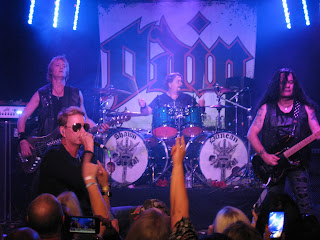 It had been just about a year since Odin last played the Whisky A Go Go, and fans were eager for a good dose of hard rock and roll from the band immortalized in the documentary The Decline Of Western Civilization Part II: The Metal Years. Last night’s concert seemed to come at a perfect time. After all, it was Record Store Day, and the show was held, at least in part, to celebrate the special vinyl re-issue of Don’t Take No For An Answer, a six-song EP originally released in 1985. You didn’t have to wait in line for hours at a store to get a copy of this particular record; they had it for sale at the merchandise booth at the show. By the way, this new re-issue has a great look, a red and black pattern to the vinyl (yeah, I am a sucker for colored vinyl). The show also came at a time when the band seems re-energized and excited about playing, about moving forward. Lead singer Randy O is working on a solo album, and based on the tracks I’ve heard (particularly “Black And White”), it’s going to be excellent. And the band has added a song to the set list, one I hadn’t seen them perform live before. Who knows what other songs they’ll break out in the months to come? (I’m hoping for “The Writer.”) This is certainly a good time to catch this band.

When I arrived at the venue last night, the second of five opening bands was playing. Yeah, having five opening bands is a bit much. I am getting old, I know, but so was everyone in the place. And by 10:30 p.m., I was feeling a bit drained and ready for Odin to go on. But there was still one more opener to go. There were several familiar faces in the crowd. There really is a nice little community here, and most people were enjoying themselves (I did later see security having to deal with one guy, which surprised me). One woman was completely rocking out on the floor during the openers, moving all about like a dizzy angel, spreading cheer to everyone around her. At one point she threw her shirt over her face and moved about by instinct. Metal chicks are of a particularly cool breed. One thing I like about metal fans is that they don’t limit themselves to just one type of music. I got into a conversation with one guy about Earl Scruggs, for example. Anyway, it was a good crowd, and the floor was filling up before Odin took the stage.

Flowers were placed at the lip of the stage, and petals were strewn over the stage just before Odin came down to start the set. They began at 11:50 p.m. (following a brief “Odin” chant), and there was no messing around. They got right to the music, opening with “One Day To Live.” The line “The end of our days is in sight” might have more meaning in these dark days of Donald Trump. The band had a terrific energy and excitement last night, and “12 O’ Clock High” was particularly awesome. Randy checked in with the audience after that one, asking if everybody was okay. Hell, yeah! The crowd was pumped. And after “Over Your Head,” the band mentioned the vinyl re-issue. Several people in the audience had the record, and the band had signed a few copies backstage before the set. “Push” had a tremendous energy, like an explosion moving everyone forward, certainly one of the highlights. All four members of the band – Randy O, Jeff Duncan, Shawn Duncan and Aaron Samson – were delivering the goods last night, and Shawn launched into a cool drum solo leading into “Don’t Take No For An Answer.” This band really knows how to engage an audience, which was especially noticeable during a song like “Don’t Take No.”

It was great seeing Odin do “She Was The One,” a song I hadn’t seen them perform before. This song was included on both the band’s 1987 EP The Gods Must Be Crazy and the 1988 LP Fight For Your Life. I hope they continue to pull out other tunes and mix up the set list at future shows. “She Was The One” was followed by “She Needs My Love” and then “Little Gypsy.” Last summer, Odin played a show down in Fullerton, where they were joined on stage by Lit members Jeremy Popoff and A. Jay Popoff during “Shining Love.” Last night Jeremy again joined them for “Shining Love,” which closed out the set. Before the song, he told the crowd that when he was fourteen, fifteen years old, he had been in the audience at that very venue, seeing Odin perform. The encore was “Judgement Day,” which came on strong with that great punk beat. The show ended at 12:57 a.m.

Set List
Encore
Here are some photos from the show: 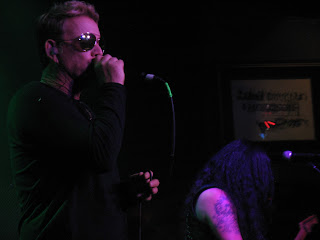 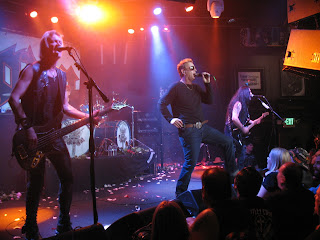 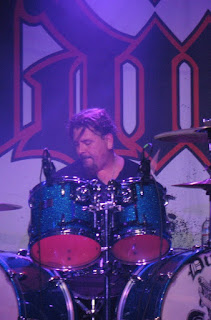 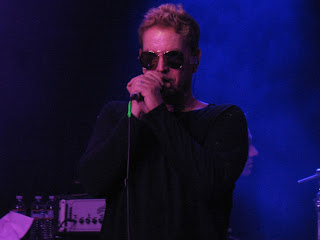 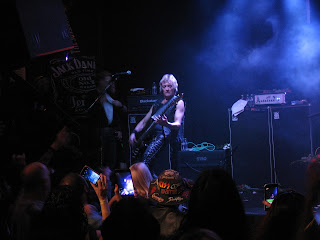 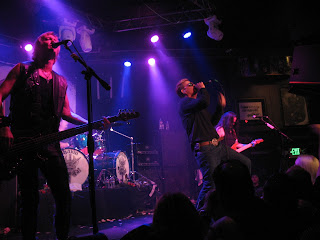 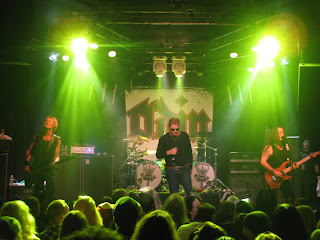 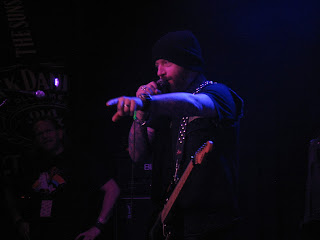 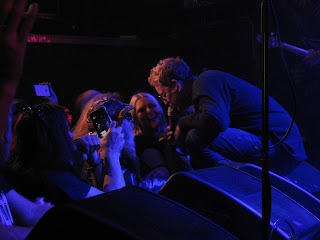 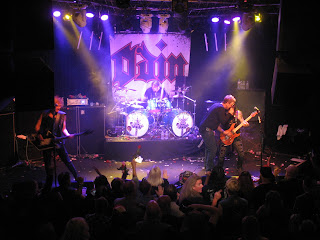 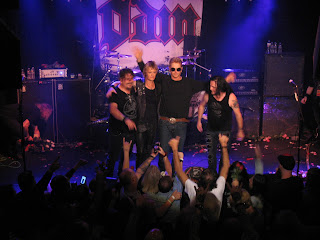 The Whisky A Go Go is located at 8901 Sunset Blvd. in West Hollywood, California.
Posted by Michael Doherty at 8:18 PM