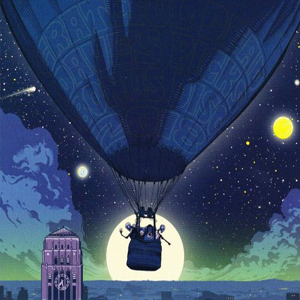 Each year, the Grateful Dead releases four volumes in the Dave’s Picks series of concert recordings. And if you order the entire set before the beginning of the year, you receive a bonus disc. This year’s bonus disc arrived with Dave’s Picks Volume 26, and it includes songs from the show the Grateful Dead did on December 14, 1971 at Hill Auditorium in Ann Arbor, Michigan. Approximately half of this show was included on the third disc of Dave’s Picks Volume 26, and approximately half is included on this bonus disc. However,  the discs are not divided up by sets. Because, as Dave Lemieux explained in the video he released recently, no covers can be included on bonus discs, the concert is divided up in a strange way. Most of the second set is included on the bonus disc, but also several songs from the first set. To listen to the show in order, you’d have to switch back and forth between the two discs.

This bonus disc opens with “Jack Straw,” which was the sixth song of the first set. It’s a good rendition, but nothing outstanding. That’s followed by “Tennessee Jed,” also from the middle of the first set. It’s a nice version, and I love the way Jerry delivers the line “Drink all day and rock all night.” The disc then skips to the end of the first set, giving us the last three songs – “Black Peter,” “Playing In The Band” and “Casey Jones.” “Black Peter” is gentle and moving and beautiful, and you feel that Peter is in the room. The song builds toward the end, and is for me one of the disc’s highlights. Like the version from November 17th, this version of “Playing” isn’t very long, but still contains some good jamming and hints of where the band would take this song in the years to come. “Casey Jones” is fun, as always.

We then go to the second song of the second set, “Mexicali Blues.” (The first song, “Ramble On Rose,” is not on either disc, and I believe is the only song missing from the show.) Ah, “Thinking and drinking are all I have today.” I’ve done quite a bit of both today. The rest of the disc is a great chunk of the second set, presented in order, beginning with “Cryptical Envelopment,” and leading into a drum solo. Then “The Other One” bursts open with a crazy, wild force. Soon the band is off into stranger territory, but with reminders of the main line of the song. And approximately seven and a half minutes in, we get the first verse. Then we’re plunged right back into the weirdness. It can get a little chaotic, a little messy, but it is never dull. And it goes in some unusual directions. Definitely a good reason to get a copy of this disc. Just shy of the eighteen-minute mark, we get the second verse. There is cool stuff on both organ and piano. The band then eases into “Wharf Rat.” Wow, this version is excellent. I am surprised by how quietly the “But I’ll get back on my feet someday” line is delivered. It completely pulled me in. And then Jerry builds from there, rising to a great height. Wonderful rendition, and the band allows it to end rather than going right into the next song. The next song, the final song of the disc, is “Sugar Magnolia,” and it is as energetic as ever.