The Dunwells at The Hotel Cafe 2-27-12 Concert Review 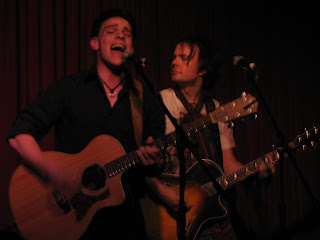 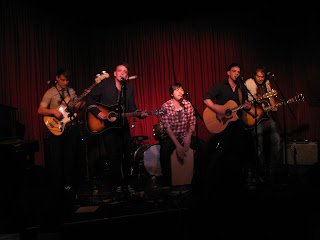 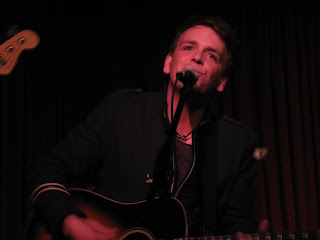 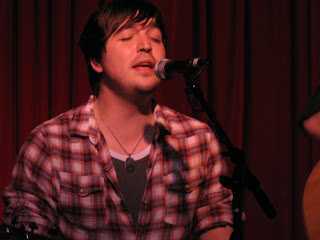 British band The Dunwells performed their first Los Angeles show last night at The Hotel Cafe. They took the stage at 8:13 p.m., and went right into their first tune. No introductions, no stage banter. They got up there and played, opening their set with the title track from their debut album, Blind Sighted Faith . This band is really about the vocals. Five guys who can all sing the hell out of a tune. Individually they sound great, and together their harmonies are basically perfect.

The set consisted almost entirely of songs from Blind Sighted Faith. During their third song, "Oh Lord," I noticed that the crowd was completely silent, something almost unheard of from a Los Angeles audience. This band managed to hold the attention of everyone in the room, even the folks in the back at the bar. There were no conversations. I can't stress enough how rare this is in this city, and I doubt the band comprehended the power they had. By the way, the word is out on this band. The venue was crowded, and this was a Monday night. This was the first and probably the last time I'd get to see The Dunwells at a small venue.

Anyway, I was thrilled that they played all of my favorites from the album, including the sweet "I Want To Be," which they said was one of the first songs they ever wrote.

"Borrow Me" was the only song they played that was not from the album. And I totally dug it. In this one they sing, "You're not supposed to miss what was never yours."

Before playing the album's single, "I Could Be A King," they joked, "Do you know how much stress it was to get that banjo from England to here for one song?" Totally worth it, from my standpoint, of course. I love the banjo, and "I Could Be A King" is a really good song. They ended their set with another of my favorites, "Follow The Road."

The audience wanted an encore, but didn't get one. This venue is incredibly strict as far as the time allotted for a set. That's a shame, but what I love about The Hotel Cafe is that it's a venue that cares about the sound, and to me that's one of the most important considerations when going to a concert. The sound has to be good, and at every one of my experiences at this venue, the sound has been spot-on. That's particularly important with a band like The Dunwells, whose vocals really drive the songs.

Posted by Michael Doherty at 1:39 PM