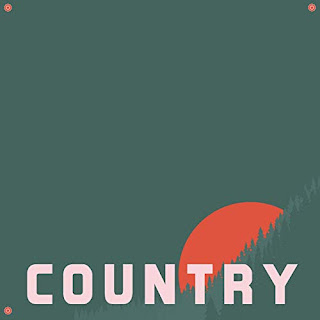 A new release from Bombadil is always a cause for celebration and excitement. This North Carolina-based trio has consistently put out excellent albums, each one among my favorites of the year it was released. So my expectations were high when I received Beautiful Country, the group’s new album. I stopped everything I was doing and popped the disc in, lying down and closing my eyes to focus on the music. How often do we feel compelled to do that? Well, this music deserves that kind of attention. It is a fantastic album. Bombadil features some of the best vocals of any group going these days, and these guys construct engaging and wonderful songs. The band is made up of Daniel Michalak, James Phillips and Stacy Harden. The new album features all original material, the music coming from that appealing land in the middle of folk, country and pop.

The album opens with “Oh Suzanne,” and as you might expect from that title, there is a strong folk element to this one. I love the way it builds to the chorus (the vocal approach to the chorus reminds me a bit of The Proclaimers). “Oh Suzanne/I love you/More than you know.” Check out the song’s opening lines: “Sometimes a man tells you he loves you/And maybe he does/But there are things in this life/That you cannot control.” And toward the end, there is a nod to “Oh! Susanna.” That’s followed by “Pillows And Prine,” a song title that I adore. This song is ridiculously catchy, and is one of my personal favorites (though, honestly, there is not a single weak track on this disc). “I see it one way/And you see another.”  Seriously, this song is a delight. It creates a vivid image of a relationship that John Prine could easily embrace and laugh and cry about. “That’s why we put space between our pillows at night/I know how to make her cry like a movie at its peak/I know how to make her crack in my sleep.” Interestingly, the next song, “Goodwill Socks,” opens with the lines “I saw you like I always saw you/And you saw me like you always saw me.” There is something catchy about this one too, with pop elements, including hand claps and a brief moment with just the beat. “Taking, taking the easy way out with you/Making, making the same mistakes we always do.”

As I mentioned, their vocal work is extraordinary and beautiful, and the sound of their music makes me feel so damn good. There is some humor to their songs as well, and in “Wisconsin Wedding” the line “To marry a Minnesota somebody” makes me laugh. Ah, is it any wonder this guy is getting cold feet, having second thoughts? “You can rattle the door/I’m on the floor with my eyes closed.” That’s followed by “Faces,” which begins with some pretty work on keys. “Put on the same clothes/And put on the same faces/Write the same name/With all the right spaces.” Then “The Man Who Loves You” has a bright pop sound. Another of my favorites is “On A Seashore,” a strange and delightful song coming to us from a distant realm. This one builds slowly and wonderfully, overtaking us, surrounding us, until its breath is ours. “Lovers on a park bench/Make me happy/Lovers on a seashore/Holding hands/Lovers getting married/Facing death together.” Kate Rhudy joins them on vocals on this song.

“Feather Thief” has a pleasant, relaxed vibe and some interesting work on percussion. That’s followed by “Girl With A Kite,” a pretty and sweet-sounding instrumental track that begins slowly and then picks up speed as it goes, rushing along at the end as if the wind has picked up and is carrying us all off into the bright sunshine. This is the album’s only instrumental. Then we get “Beautiful Country,” the album’s title track. This one has a sweet sound. “Oh, I fell in love with this beautiful damn country.” This release concludes with “The Real Thing,” a beautiful and intimate folk song that features Kate Rhudy joining them on vocals.  “I want the real thing/I want the storm clouds/I want the rain upon my face.”

CD Track List
Beautiful Country was released on September 20, 2019 on Ramseur Records. It is available on both CD and vinyl (I need to pick up a copy of this exceptional album on vinyl the next time these guys come through town). And for those of you who might not be familiar with this group’s previous work, I’ve posted reviews of 2009’s Tarpits And Canyonlands (which was re-released in 2014), 2013’s Metrics Of Affection, 2015’s Hold On, and 2017’s Fences.
Posted by Michael Doherty at 11:03 AM