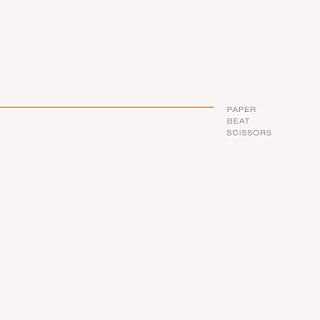 The title of Paper Beat Scissors’ new album, Parallel Line, made me smile the moment I saw it. Because of course there can’t be a single parallel line. It must be parallel to something. And so the title offers a question, really: what is that missing something, that missing line? It is a title that introduces an uncertainty, and that turns out to be so fitting for this wonderful new album, with songs that delve into the glorious mess of existence. I was first tuned onto Paper Beat Scissors several years with the release of Go On, an excellent album combining folk and pop sounds. Paper Beat Scissors is the project of singer and songwriter Tim Crabtree, based in Montreal. The new album features all original material, written by Tim Crabtree, who also plays many of the instruments, including guitar, bass, piano, organ, saxophone, clarinet and percussion. He is joined by Pemi Paull on viola; Sebastian Chow on violin; John Corban on violin; Chloe Chabanole on violin; Jean-Christophe Lizotte on cello; J.J. Ipsen on bass, organ and vibraphone; Sage Reynolds on double bass; Marshall Bureau on drums and marimba; Michael Feuerstack on pedal steel guitar and electric guitar; and Pietro Amato on French horn.

The album opens with “Respire,” a short and strangely pretty instrumental track. It leads directly into the second track, “Gun Shy,” a mellow and intriguing song, the acoustic guitar prominent in the mix, but with strings behind it giving the song a gorgeous, almost angelic quality. This song builds in intensity toward the end, particularly in the vocal delivery. “When we pour out the venom we’ve known/Crawl out, can’t undermine, can’t fall in line/We’d fall apart/Fully, fully loaded, fully empty of all heart.” How about those lyrics? This album is really a thing of beauty, though that beauty has a somber element at its base. Take “All It Was” for example, which seems to rise from the ground as it moves, as if to lift us too, yet asks “Is that all it was?” Check out these lines: “Caught between your rules/Cling to virtue, only you cannot believe/That you’re all that if you’re caught too.”

“Don’t Mind” has a more cheerful, upbeat vibe from its start. “Strong words, few deeds/Tell me what a friend should be/Go again, roll the dice/Show me where my heart should be.” The strings are still present, but here the beat takes a more prominent role for most of the song. Then toward the end, there is a pretty section of strings (reminding me a bit of Cat Stevens’ “Lilywhite,” where the strings take over at the end). That’s followed by “Grace,” another beautiful and touching song, the strings adding a soothing element, like they’re accompanying us as we pass from this world. “As much as you’ll ever hold/Is it enough?” Then “Anything” is a short instrumental piece, this one existing on its own, not really connected to the track after it. Tim Crabtree pays baritone saxophone and clarinet.

The first line of “All We Know” is “All we know is wrong,” though it takes a while to get the full line, Tim Crabtree first teasing us with repetition of “All we know is.” This is another interesting song. Check out these excellent lyrics: “My conceit has been razed/And the folly has crumbled/You can leave when you like/The halls and the doors haven’t changed.” Then the opening line of “Shapes” draws me in: “You pull me into shapes that I can’t get out of.” When we listen to a song like this, I feel that what we are experiencing is in part what the artist intended, and in part what we ourselves bring to it, so that each person gets something different from it. Each person has a slightly different experience of the song. “I want it all. I want none.” Pietro Amato plays French horn on this track.

“Better” has a more lively sound and an edge, its insistent rhythm driving us forward with the music. There is something wild here. “Of all the golden sheets we make it between/For all of us we know better/And each and every night, get sewn in the seams/And wash it off, can’t wash it off.” Paper Beat Scissors returns to a gentler, prettier sound with “Half Awake,” one of my favorite songs on the album. “Let it go for a while/But you won’t see it/Getting hard of hearing/Let it go, call it dying.” That moment toward the end where the strings rise is beautiful. Then the track shifts into another place, a bright place, and once there, it begins to slow, to gently let us down, or perhaps let us go. The disc then concludes with “Little Sun,” which begins a bit chaotically, until a beat emerges. The song builds from there, developing before the vocals come in. J.J. Ipsen plays vibraphone on this track. “Start a flame, some little sun.”

CD Track List
Parallel Line was released on September 13, 2019 through Forward Music Group.
Posted by Michael Doherty at 10:05 AM