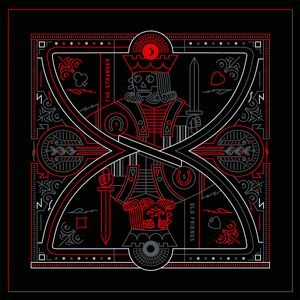 Triggers And Slips is a band with its own distinct country sound, employing a good dose of rock as well as elements of folk. Based in Salt Lake City, the band is set to release its second full-length CD, The Stranger, which features mostly original material written by Morgan Snow and John Davis. The band is made up of Morgan Snow on vocals, guitar, banjo and harmonica; John Davis on vocals, guitar, lap steel and dobro; Greg Midgley on piano and organ; Page McGinnis on guitar and mandolin; Tommy Mortenson on vocals and bass; and Eric Stoye on drums. There are a few guest musicians joining them on certain tracks.

The Stranger opens with its title track, which has a slow, moody intro, like the song is stretching to get ready. Then suddenly it kicks in to become a groovy, catchy country tune, with a rhythm that at first suggests it is casually moving about on horseback, then builds from there. I especially dig that piano. I also love those vocals, which are perfect for this kind of song, a bit weary, a bit edgy, with some humor and honesty. “We’ve been pushing our luck/And we’re bound to fuck up.” Oh yes. The song is taken up a notch in the second half, taking on more of a rock sound, the electric guitar moving to the fore. From beginning to end, this song goes through several changes, and they all work well. Nate Barkdull plays drums on this track. “The Stranger” is followed by “Natchez Trace,” a song written by Brad McCarly. This one grabs you immediately, beginning softly with just vocals and guitar, then kicks in, taking you with it, developing a haunted vibe. This is a song that conjures ghosts on the roadside, and you can almost see them. Just try not to become one of them. I love that harmonica, which rises from the asphalt to wrap around the hood of your car. “And then all of a sudden everything, everything went dark.” Halfway through the track there is a cool instrumental section.

“Glass Window View” is a beautiful and moving song, more in the folk realm and featuring some nice touches on mandolin. “I was driving home just yesterday, it seems/And you were still waiting for me.” This is one of my personal favorites. It was written by Morgan Snow. Then “Blue Smoke” begins with a driving power, and right away you know this one is going to take us on a ride, though at first we don’t know whether that ride will end in disaster or triumph. But we are eager to go along and find out, regardless of the outcome. “I see your heart’s on your sleeve/And there’s nothing that you said you won’t do/Hey, baby, I’m coming to see you.” I love the way the harmonica takes over at one point, leading the band in a good little jam. Then toward the end, the guitar leads us in an even better jam, and I feel like we’re riding off for good, a glorious Thelma & Louise type of ending, you know? But actually it ends with a Beatles reference and some laughter, sort of releasing us, dispelling some of the magic of the ride. I would have preferred it to explode than fizzle. But up to that point, it is a damn good track, written by John Davis.

The band then goes into bluesy, mellower territory with “I’m Not Your Baby,” which features a really good vocal performance. “I hope you don’t find/Yeah, I said I hope you don’t find your way/Back to me/No, not again/Because I’m not your baby/I’m not your friend.” I also like the work on organ. Sarah DeGraw provides some vocal work on this track. That’s followed by “Old Friends,” a country tune with a positive bent and a passionate vocal performance. “But now I know life’s about choices/It does no good not to feel/And if I only lived in heaven/I’d never know what’s real.” There is a wonderful instrumental section in the second half of the track, featuring some excellent stuff from all the musicians, including Kate MacLeod on violin. “Dig A Hole” is another moving track, this one featuring banjo. The album then concludes with a cover of “Rooster,” written by Jerry Cantrell. I’ve never been a fan of Alice In Chains, but I do like Triggers And Slips’ rendition, which has a soulful, bluesy vibe. “Seems every path leads me to nowhere.”

CD Track List
The Stranger is scheduled to be released on November 22, 2019.
Posted by Michael Doherty at 11:01 AM