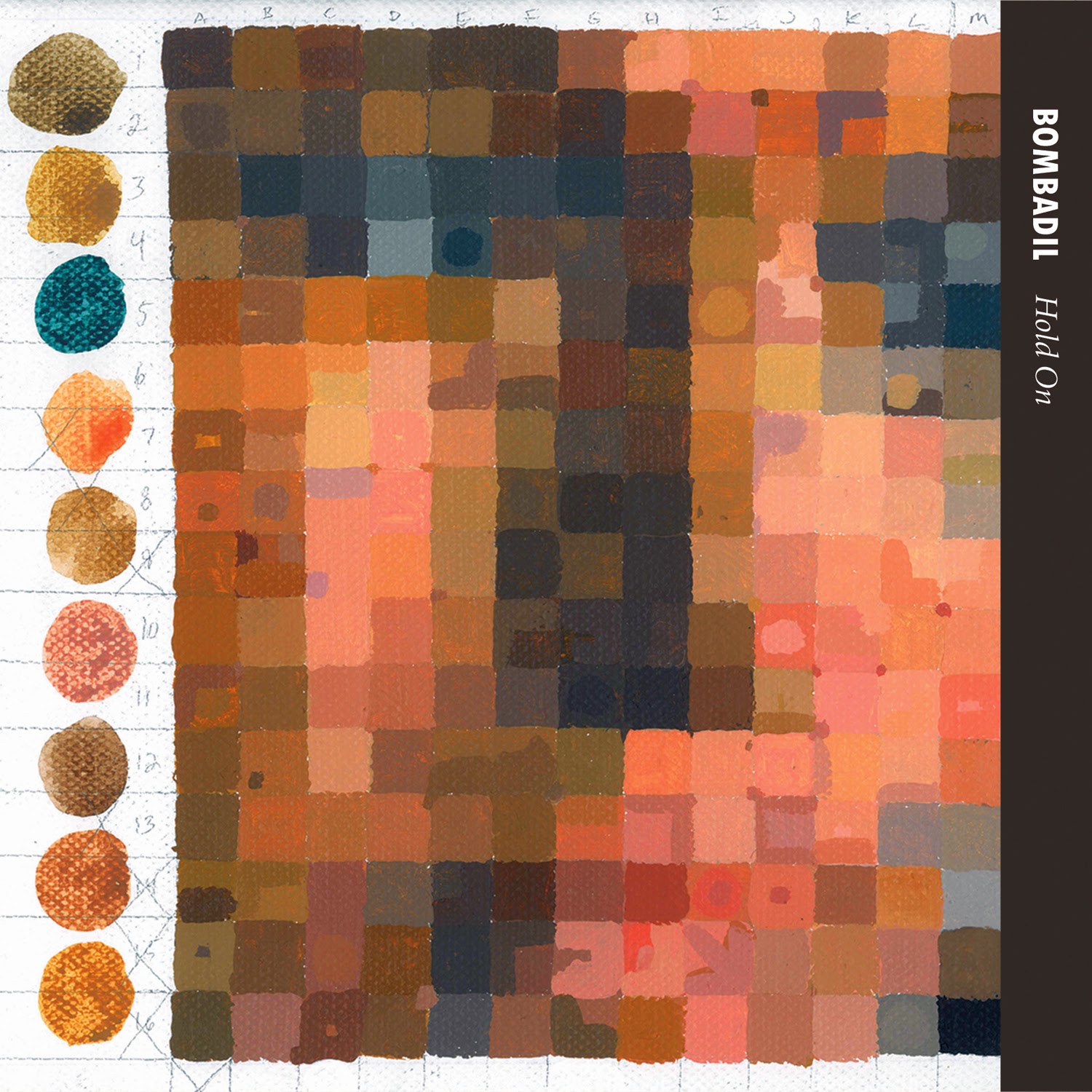 I first heard Bombadil two years ago when the group released Metrics Of Affection, an album that ended up on my list of the ten best CDs of 2013 (I listed it as #3 of the year, and its track “Thank You” was one of the best songs of that year). Then in 2014 Bombadil re-released its 2009 CD, Tarpits And Canyonlands, and I became an even bigger fan of this band. So I was incredibly excited to hear the group’s new release, Hold On, which is scheduled for a March 24th release.

With Hold On, Bombadil continues to go in interesting directions and try new things. Bombadil really is one of the most interesting bands out there these days. They are sometimes quirky without ever being gimmicky or silly. Their songwriting is excellent, and their harmonies are often beautiful. All of the songs on Hold On are originals, written and produced by the band’s three members – Daniel Michalak, James Phillips and Stuart Robinson. And on this release they are joined by Bryan Rahija on guitar and ukulele, Josh Starmer on cello, Michael Stipe on trumpet, and Sally Mullikan on viola and violin.

The album kicks off with “Coughing On The F Train,” a bright-sounding pop tune, whose lyrics create a vivid snapshot of a moment of a reunion of sorts. This one contains a surprising little nod to Led Zeppelin’s “Heartbreaker” on piano at the beginning. This track also reminds me a bit of Peter Gabriel, in its vocal approach and tone. Here is a bit of the lyrics: “I wonder why I bought a ticket to this game/Can you give me a glass of water/Do you have some medicine/You still have that picture of him/Has it really been four years.”

That’s followed by “Amy’s Friend,” a totally catchy and sweet tune. Is it a folk song with pop sensibilities, or a pop song with folk sensibilities? Either way, the song totally works. Again, these guys are able to create clear images and scenes, in part because of the precise details they include, as do the best short story writers. He asks about Amy’s man’s “shark skin boots” and mentions Amy’s mascara running down her face. And I really like these lines: “Amy, can you play me a song I don’t know/Fill it with your voice so soft and low/I can listen with my ear against the floor/Float upon the waves and washed to shore.” “Amy’s Friend” was released as the first single from this CD, so you don’t have to wait until March to hear this one. You can check it out on You Tube.

There is also something really catchy about “Bill You For Your Trash,” and lyrics I totally appreciate. There are also some gorgeous vocals at those moments when the song builds: “Save me from the bigger rain cloud/Who’s calling all the shots now/It’s too late to figure out/Did I really cry out loud.”

“I Can’t Believe In Myself And Love You Too” has my favorite title on this release, and some excellent lyrics. Here is a taste: “You tell me that you need me/Is that the worst lie you can feed me/Even if I believed it/I’d still be hungry/You tell me that it’s easy/Is that a truth you think will please me.” There is a gentle beauty to this song as well, then it builds to something quite moving.

As good as that song is, the following track, “Sunny December” is even better. I love the urgent vocal delivery, like a street poet needing to hold a crowd’s attention, or a man desperate to get everything off his chest to someone who might at any moment interrupt or otherwise stop listening. “And love is cruel and unforgiving/And love is usually unwilling to give you back what you’ve been building/It will scorch the earth just ‘cause you’re tilling it.” That delivery makes the line “Because love will break you apart” even more affecting and arresting, for the way it’s drawn out. The silences within that line are part of what grabs you.

Another favorite of mine is “Framboise.” This is a completely delightful track that makes me smile every time I listen to it, even though it does twice use that tired rhyme of “self” with “shelf” (that rhyme is also used in “Love You Too Much”). I love the vocals of this song. Parts of this one are sung in French. “Love You Too Much” is a really good mature love song. Check out these lines: “And I slowly start to think/That my love for you has disappeared/But when in the morning I am dreaming/It’s your face I see/And they’re your tears I’m drying/As you pull your body close to me.”

Hold On concludes with “Love Is Simply,” a sweet and pretty song aided by the addition of strings. Here is a taste of the lyrics: “Love is never/One thing forever/Better tend your garden/Kick the frost, pick the peppers/The ground dries and hardens/Winter can't last forever.” Nice, eh? I love this album, and I hope I get the chance to see this group in concert this year.

CD Track List
Hold On is scheduled to be released on March 24, 2015 on Ramseur Records.
Posted by Michael Doherty at 4:47 PM