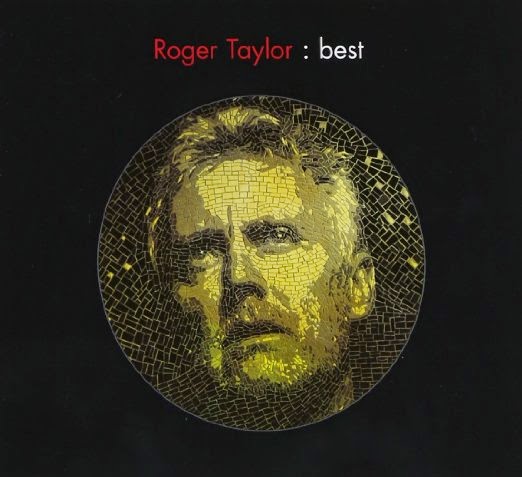 I was ten years old when I got my first Queen album. It was a cassette of the band’s first greatest hits compilation, and we listened to it over and over on a road trip my grandparents took my brother and me on that summer. I was already a fan, but during the course of that road trip, I became totally hooked. While singer Freddie Mercury was the main songwriter of the band, each of the other members contributed songs. Drummer Roger Taylor’s tunes included “Modern Times Rock ‘N’ Roll” from their first album, “Tenement Funster” from Sheer Heart Attack, “I’m In Love With My Car” from A Night At The Opera, “Rock It (Prime Jive)” and “Coming Soon” from The Game, “Calling All Girls” from Hot Space, and “Radio Ga Ga” from The Works. “Calling All Girls” and “Radio Ga Ga” were also released as singles, the latter being a big hit for the band.  On certain tracks, like “Tenement Funster” and “I’m In Love With My Car,” Taylor also provided lead vocals.

Roger Taylor released two solo albums in the 1980s while Queen was still active, and then a couple more in the 1990s. His most recent studio album is Fun On Earth, released in 2013. Best collects tracks from those five albums, as well as singles. These tracks obviously showcase Roger Taylor’s songwriting, vocals and drumming abilities, but on his first solo album, Fun In Space, he plays all the instruments. Best kicks off with “Future Management (You Don’t Need Nobody Else),” a cool track from that record. It reminds me a bit of The Police in its rhythm. That song is followed by “I Wanna Testify,” which was released as a single in 1977, and is a very fun rock song. It’s actually a cover of a single released by The Parliaments (who would later change their name to simply Parliament), but Roger Taylor’s version is quite a bit different. It is seriously good, and I love the “doo-wop” backing vocals. The overall sound is similar to that of Sweet.

From Fun In Space, Best also includes “Let’s Get Crazy” and “Magic Is Loose.” “Let’s Get Crazy” is one of my favorite tracks of this collection. It’s got a beat designed to get you moving, and lyrics to match. “Let’s get crazy, let’s get crazy tonight.” There is even a short, but delicious drum solo. And in “Magic Is Loose,” I love when the song suddenly bursts in, with Roger singing, “Magic is loose, magic is loose in the world tonight.” This one has more of a theatrical feel, which Queen fans should totally dig.

This compilation includes the first three tracks from Roger Taylor’s second solo album, Strange Frontier, which was released in 1984. The title track really takes me back to that twisted decade when politics were completely fucked. Check out these lyrics: “Freedom fighters come and go/Bloody righteous and mentally slow/We’re on the skids/We’re off the lines/We’re trapped inside these dangerous times/Now we’ve reached the borderline, you can start to smell the fear/People say it could never happen here/But this is a strange frontier.” This is another of this CD’s highlights. I also really like “Beautiful Dreams,” which has a sweeter, prettier sound.

Four tracks are included from Happiness? (which was released in 1994, and was Roger Taylor’s first album following Freddie Mercury’s death). “Nazis 1994” is a heavy and serious tune about the lunatics who deny that the Holocaust happened, with Roger repeating the line, “They’re saying now it never happened.” “Foreign Sand” is a song that Roger Taylor co-wrote with Yoshiki Hayashi, who also performs on the track. In “Happiness,” Roger Taylor sings, “No matter how, how hard you try/In your own life, and through your years/With every up must come a down/Enjoy the laughter and the tears/Of happiness.” This album was clearly colored by Mercury’s death.

Best features five tracks from Roger Taylor’s 1998 release, Electric Fire. “Surrender” features vocals by Treana Morris, in addition to Taylor’s vocals. There is something beautiful about this song, particularly with the repetition of the lines “You can’t hurt me now” and “I surrender.” “Where Are You Now?” likewise has something sweet about it, and I like these lines: “You don't have to bleed, you don't have to believe/You don't have to pretend to know what's right/Or what's real.” “A Nation Of Haircuts” has my favorite title of this collection, and is a harder rock song. “No More Fun” is also a hard rock song.

This collection also includes the single, “The Unblinking Eye (Everything Is Broken),” which was originally released in 2009. A different version of that song was included on Taylor’s 2013 release, Fun On Earth. This is a really strong song, and the version included here is longer and a bit different from that on the album, with a bit more power to the music. Here is a taste of the lyrics: “God would weep/If he existed/And he saw what man can do to man/He'd think that we were twisted/His unblinking eye would blink and then/He'd say not in my name you don't/You stupid little men.” I also really appreciate these lines: “Five million cameras stare at us/They treat us like we're fools/Our privacy is meaningless/We're suffocating by ten thousand rules.” The only track from Fun On Earth to be included on this collection is “Sunny Day,” a sweet love song which concludes the CD.