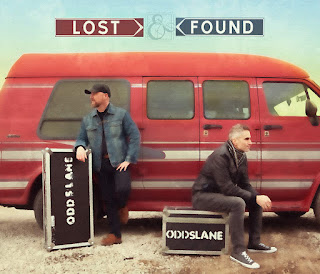 This disc gets off to a powerful start with “Don’t Give It Away,” a tune with a heavy blues rock sound and a catchy groove that I can’t help but enjoy. This track is pure raw power, a song that seems able and likely to drive away, or maybe scare away, whatever might be bugging you (and isn’t there a whole lot of shit bugging you these days?). Yeah, we need tracks like this. It’s followed by “Seven States,” a rockin’ tune that comes straight at you and is fun, driven by the guitar. This is a good one to have with you the next time you hit the road, particularly if you have a lot of gigs in a short period of time. “Five days and seven states.” The first couple of lines of “Ain’t Missing You” are straight out of the John Waite song “Missing You”: “I ain’t missing you/No matter what my friends say.” While we never quite believe the character in the John Waite song when he says he doesn’t miss that person (for clearly he does), in this song the protests seem more sincere, more serious, at least for a while. “And I’m so glad that you’re gone.” I dig that lead guitar part in the second half of the song.

“Lost & Found,” the album’s title track, has more of a pop feel, with a punchy and cheerful beat, and some cool work on guitar. This is one I think a lot of folks will be able to immediately relate to. Its opening lines are: “I’ve been trying to get myself up off the ground/I’ve been trying to get myself up off the ground/Every day seems the same/And there’s no one else to blame.” Yet, this song has such a positive vibe, which I totally appreciate. “If I can get lost, baby, I can get found.” This is one of my favorite tracks, with a sound that I always associate with summer. That’s followed by “Moth To A Flame,” a song that is exciting from the moment it starts, with a wild and totally delicious rhythm. It’s blues, it’s rock, it’s a bit of country, and it’s a lot of fun, a tune you can let loose to, and – yes – another of my favorite tracks.

“Hard Rain” begins with a simple but effective rhythm, the bass being prominent. It then builds, becoming a harder rocking blues number. “Because there’s only so much evil that a man can do before it all comes back to you.” Oh yes, we are all expecting a hard rain to fall on certain folks, and the sooner the better, for the country can’t take much more of their shit. “Spare Change” is a rocking tune with a full sound and a driving rhythm. It begins with a request for change, and touches upon some of the normal blues subjects, as his wife has left him and he’s lost his job. He’s looking for a little help. Hey, aren’t we all? There is something catchy about “A Little Too Late,” especially its groove. It is somehow heavy and light simultaneously. Plus, there is some good work on guitar. There are moments when this track reminds me of Santana, and other moments when I think of Cream. The album then concludes with “White Castle Blues.” I had never heard of White Castle until I went to a screening of The Rocky Horror Picture Show when I was in my teens. One of the crowd responses was a reference to that place (“What’s white and sells hamburgers?”). Anyway, this song is a lot of fun, a rocking tune that might get you dancing and shaking. As the song is ending, there is a line kind of tossed in, “Don’t forget my milkshake.” Is there anything more pleasing than a good milkshake?