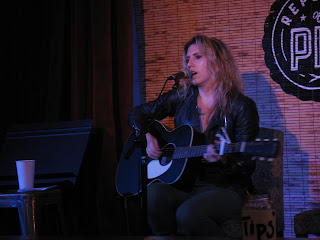 Last night my girlfriend and I caught a really good set by singer and songwriter Cora Jane Sugarman at Republic Of Pie in North Hollywood. At 7 p.m., she took the stage and got right into the music, without introduction, opening with “Love Is Like A Pretty Bird.” She then mentioned that the venue was a relaxed spot on a Friday night. Indeed, the place had a wonderfully casual and mellow vibe, and some of the patrons were there for the atmosphere, working away on their laptop computers while the music played, and no one pushing them to order more food. By the way, the pie is delicious, and there is plenty of other food there as well (I had a grilled cheese sandwich and salad). Cora Jane Sugarman followed “Love Is Like A Pretty Bird” with a cover of Lindi Ortega’s “Angels.” She performed some other covers, including a nice rendition of “These Days,” a song written by Jackson Browne and most famously recorded by Nico (you can hear that version in The Royal Tenenbaums). But it was mainly her original material that stood out for me, with “Growing Pains” being my favorite. “Change is hard, but staying the same is harder.”

Here are a few photos from her set: 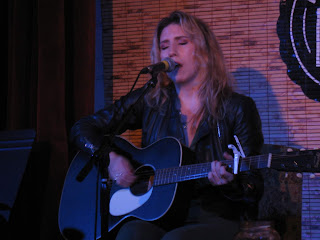 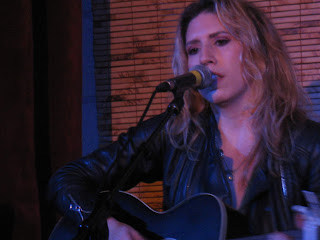 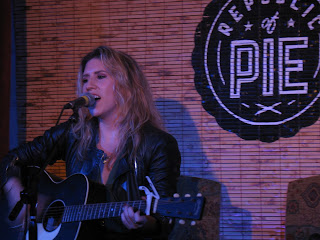 Republic Of Pie is located at 11118 Magnolia Blvd. in North Hollywood, California.
Posted by Michael Doherty at 10:50 AM