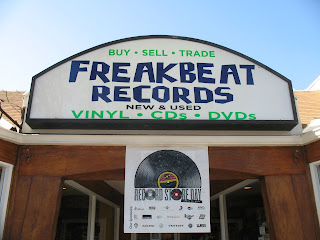 I have a lot of records and CDs that I haven’t yet listened to, but that didn’t stop me from going out and getting more records today. After all, it’s Record Store Day. I had gone through the official list of releases online, and written down thirteen records I wanted to own. Then I narrowed that down to seven that I hoped to purchase.

This was my list:
I got in line at 7:30 a.m. (Freakbeat Records opens at 11 a.m.), and there were already twenty people ahead of me, maybe twenty-five. At 9 a.m., the guy came around to collect each person’s number one pick. I went with the Grateful Dead box set. Though it’s probably the easiest item on my list to obtain (more copies were pressed of this one than of any of the others), it’s also the most important to me. And there were too many folks ahead of me in line to risk choosing something else. Not that everyone ahead of me was likely to be a Dead fan, but you never know. The way I figured it, if I walked away with only the Grateful Dead box, the trip would be worth it. 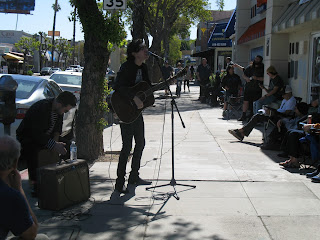 And this time we were treated to some live music while waiting in line. Just before 10 a.m., Dylan Gardner did a quick soundcheck, and just after 10, he began his set, playing songs from his two albums, as well as one Beatles cover. He was accompanied only by a guy on cajón. Some of his fans came out just for his set; they weren’t even in line to buy any records. After his first song, Dylan mentioned that Freakbeat was one of his favorite records stores, and that his new record, Almost Real, had just come out. A little later he said that he had played for people in line two years ago, but that the line this year was much longer. Funny, I don’t recall him playing two years ago. I don’t remember there ever being live music while in line. Did I somehow miss Record Store Day one year? Or has my memory finally disappeared entirely? You know, I am starting to get a hazy recollection of being sick one time and not being able to get out of bed, so sick that I did not care what I was missing. Well, no matter. My favorite song of his set was “The Way It Goes,” a quieter number.

Dylan Gardner Set List
As he started his final song, the line began moving. I love when they open a little early, and this time they opened the store twenty minutes early. I was actually inside the store before 11. 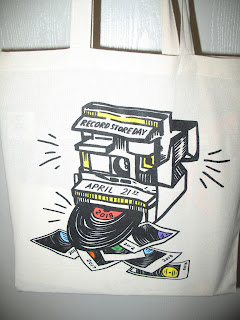 Of the seven items on my list, I got three (they didn’t have the others). Besides the Grateful Dead box, I was able to get the Jerry Garcia record and the David Bowie record. The total came to $113.30 (the Grateful Dead box itself was eighty dollars). In the early years of Record Store Day, we’d get a lot of free goodies in our bags. I guess those days are gone. There still was a handy tote bag with the date on it. But the only giveaway inside it was a white flexi-disc by Las Rosas. Still, I’m happy to have the three things that I was able to purchase. In fact, I think I’ll be putting on that Jerry Garcia record now.
Posted by Michael Doherty at 1:42 PM