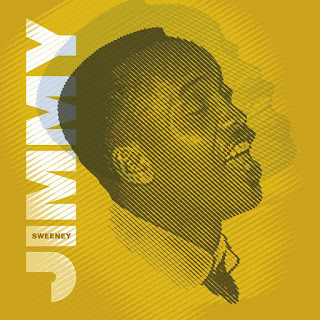 Well, as everyone is quite aware by now, 2020 is a strange year. And “strange” is the kindest way I can think to describe it. Really, it’s been quite hellish and seems to only be getting worse. But there are some bright spots, such as the release of Jimmy Sweeney’s Without You on vinyl, a recording that itself is the stuff of strange tales, a mysterious demo that inspired a young Elvis Presley in 1954. Elvis himself then attempted his own version of “Without You,” but apparently felt he wasn’t getting it right, and gave up on it. There was also a question about just who was on that demo that Elvis heard. Whose voice was it that affected Elvis Presley so strongly? Sam Phillips didn’t know the name of the artist. More than sixty years later we got confirmation that the singer on that demo was Jimmy Sweeney, and now in this odd year of 2020 that demo is getting a release under the singer’s name. The LP is a compilation of recordings by Sweeney, tracks from the 1950s and 1960s, including some that were previously unreleased. Vinyl is certainly the way to go with this release, and the record includes a booklet with information on Sweeney and the songs.

The album opens with its title track, “Without You,” the song from the demo that Elvis heard when he was still a teenager. Right away, you can hear how Jimmy Sweeney’s voice and style influenced Elvis Presley. “Where is the meaning without you?/Why can’t I forget the love that we knew/You broke my heart, dear, by being untrue/Yet there’s a yearning to be in your arms.”  The track also features some good work on guitar. Even apart from its historical importance, this is a wonderful recording. That’s followed by “Deep Blues,” a fun track by Jimmy Sweeney And The Varieteers. It is rhythm and blues, and you can hear hints of rock and roll in the guitar work. This track also features some nice work from the backing vocalists. It was released in 1954 on Hickory Records, a label that was new at the time. “I Pay With Every Breath” is another track by The Varieteers, also released on the Hickory label in 1954. Listen to the emotion, the ache as Jimmy sings “She trusted me and I deceived her/Now I pay with every breath I take” and “But now I know how much I love her/Now I care, but it’s too late.”

“It Wouldn’t Be The Same (Without You)” has an interesting connection to the Elvis story, for Elvis Presley did record a demo of this song in 1954, around the same time that this recording was made. And the titles have an obvious similarity. This recording by The Varieteers was left unreleased until now, and is a really nice rendition. The style changes with “Desire,” a song recorded by Jimmy Sweeney with an orchestra. This recording predates the first several tracks, this one being from 1953, put out on the Republic label. Jimmy Sweeney recorded under a few different names, and on his version of the classic “Danny Boy” the group is listed as Jimmy Destry With The Rhythm Rockers. It is a good rendition, with both country and jazz elements. That’s followed by another track by The Varieteers, a previously unreleased demo of “Don’t Come In Here,” a ridiculously enjoyable gospel number. In addition to a great vocal performance by Jimmy Sweeney, this track boasts fantastic work by the group’s bass vocalist, Chuck Merrill. This track was shockingly previously unreleased. The first side of the record ends with “Tobacco Road,” a slow, wonderful song where Jimmy Sweeney is backed by a choir. It was released on the Tennessee label in 1950. Sure, there is some static, one of the reasons it feels right listening to this release on vinyl.

The second side opens with a beautiful love song from 1958, “Gonna Find My Sweetheart,” this one written by Jimmy Sweeney. “Gonna find my sweetheart, that’s all I can say/I need her tender kiss to chase these blues away.” It was the flip side to “Sick, Sick, Sick,” his first single on Columbia. That’s followed by a fun number titled “Flippity Flop,” a demo recorded circa 1960, but left unreleased until now, featuring a delicious vocal performance backed by piano. “Sick, Sick, Sick” is another fun track, this one his first single on Columbia, featuring some cool vocal play. It sounds like a hit, but wasn’t. “She Wears My Ring” was recorded under the name of Jimmy Bell and released as a single on the Hickory label in 1960. Jimmy delivers a phenomenal vocal performance here. This song was also released under Jimmy Sweeney’s name in 1962, and it then became a minor hit, and was also his final release during his lifetime.

“(Where You Lead Me) I’ll Follow You” features a lively energetic performance and some good guitar work. This song, which was written by Jimmy Sweeney, was released on the Columbia label in 1959, the B-side to his final single on that label. “I’m just a puppet hung on a string/You just pull it, and I’ll do anything.” That’s followed by another of the Jimmy Bell recordings, “Lunch In A Bucket,” this one from 1961. It’s a playful tune, with Jimmy singing “My baby brings me my lunch in a bucket.” That doesn’t sound all that appealing, but “My baby brings me a whole lot of kisses and a chocolate cake” certainly does. That’s followed by “Afraid,” which appeared on the Columbia single with “It Wouldn’t Be The Same (Without You).”  Yes, apparently Jimmy recorded that song again, releasing that version in 1958. Anyway, “Afraid” features a sweet, warm vocal performance, as well as some good backing vocal work. Then “What’cha Gonna Do About Me” is a fun and totally catchy rock ‘n’ roll song, and it includes a reference to Romeo And Juliet. How was this not a hit? It was written by Jimmy Sweeney, and recorded under the name Jimmy Bell. This wonderful record concludes with an a cappella demo recording of “Deacon Brown,” another original song by Jimmy Sweeney. This one too has a playful sense about it, being a song about a deacon who has a passion for eating chicken, or at least certain parts of the chicken.

Without You was released on vinyl today, September 26, 2020, as part of the second “Record Store Day Drops.”

Posted by Michael Doherty at 9:20 PM