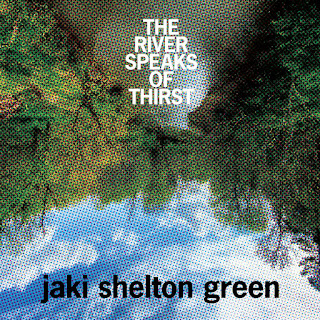 I was fooled into thinking that with the election of Barack Obama, we as a country were moving past our racism, acknowledging it, dealing with it, and beginning at long last to make things right. But the actions and events of the last four years have proved again and again that I could not have been more wrong. It seems daily the news stresses just how racist a nation we are, with racism woven right into the fabric of the country, not as easily removed as we’d thought, as we’d hoped. How much will have to come apart to root out this terrible truth? We will find out in the coming months, I suspect. And it might be painful, as even those of us who have considered ourselves not to be at all racist must come to terms with our own personal pasts, prejudices and privileges. And certain voices will help us along the way, illuminating the identity of the country as well as the individuals within it. Voices like that of Jaki Shelton Green, North Carolina Poet Laureate.

Jaki Shelton Green has published several books of poetry, and has now released her first album, The River Speaks Of Thirst, which features ten original and powerful pieces, all previously unpublished, that speak to us on these important cultural and political and personal themes, addressing them in a way that unites us rather than further dividing us. Her poetry is set to music and sounds, and on certain tracks she is joined by special guests, such as Jennifer Evans and Nnenna Freelon. The album opens with “This I Know For Sure,” a poem about the slave trade, told from the perspective of the slaves brought to this land on ships. Jaki Shelton Green’s voice is soon joined by that of singer Jennifer Evans, whose gospel vocals connect us with the past, with those who are gone. “Our blood is the red that stole the blue of the ocean/We are scattered bones rising up from the bottom of the Atlantic/Revealing a pathway/Marking the route.” Jaki’s delivery is gentle, drawing us in. There is no need to shout the truth, for the truth has its own power, its own strength. There is also a certain beauty to this track. “We shed the skin of a slave/We shed the rags of a slave/Into the river.” This track also mentions Juneteenth, and it was on Juneteenth of this year that this remarkable album was released. “We are the Juneteenth resurrection/We are the ancient prayers answered.” That is followed by “Madwoman,” a wild pulse beneath Jaki Shelton Green’s voice. There is some humor in lines like “That you think to be that fourth martini you needed” and “Your antiquated flag is the only skirt that still fits you.” But this is a serious piece, dealing with racism, with some powerful lines, such as “The smile that snatches the hands of any other white hand when I lean too close.” There is something wonderfully fierce about this. Then in “The Communion Of White Dresses,” the lines that stand out for me are “I want to undress my Sunday body/For slow, patient redressing of Saturday night/Black lace, black sweat/A black promise to erase this white stain.”

For “Letter From The Other Daughter Of The Confederacy,” Jaki Shelton Green gives us a different sort of vocal delivery. There is something playful in it, giving in the feel of a character, and working to pull us in immediately. Check out these lines: “Could I, would I have been your black Confederate dominatrix/Razor blades strapped beneath my armpits/Whips growing like hair across your ribs.” There is music beneath her voice, swirling and rising, but never overpowering, rather a haunting sound below the surface. United Daughters Of The Confederacy, for those who might not be aware, is a white supremacist group founded in the late 1800s and still in existence. These people have been in the news lately for their efforts to preserve monuments in honor of Confederate soldiers. The first side of the record then concludes with “A Litany For The Possessed,” this one set to a beat and featuring Shirlette Ammons. This track also mentions Juneteenth: “Bringing lies, death, deceit, disgrace/Juneteenth blood, bones/Sipping on holy water that runs backwards.”

The second side of the record begins with a short piece titled “Djinn,” which in effect works as an introduction to “I Wanted To Ask The Trees,” its final lines being “They both ask me, what tree did I prefer to be strung from/I chose birch.” “I Wanted To Ask The Trees” is an arresting and disturbing poem about lynching, in which she addresses the trees, unwilling participants in such terrible crimes. “Did you shudder/Did your skin cry out against the skin of my great uncle’s skin?” These lines also stand out each time I listen: “No mercy even for the lynching of new sprawling birch limbs/Just learning themselves how to crawl towards an unemancipated sky/Are you a grandchild or great-grandchild of the tree that drank his blood/The tree that cried tears into the rope around his neck.” The only thing that detracts from this poem’s power is the use of the non-word “herstory.”  That’s followed by “Oh My Brother,” the track that first got me interested in this album. A video was released for this one, and it packs a serious punch. I had to watch it several times in a row before feeling it was all right to turn off my computer. (If you haven’t yet seen it, click here.) This piece is about the shootings of black men and women by the police, something that shows no sign of ceasing. Since this track was recorded, there have been more such shootings, as you are certainly aware. The music that supports this poem has a steady movement forward, and we get caught up in that motion, which has an intense and inevitable drive. This is such a powerful and striking piece. “Oh my brother/You don’t have to behave in your grave/Oh my brother/Call me, and these lyrics will gather arms/Stage your rebellion/The red of the bullet has the poetry of your spirit/Embedded with indelible ink.”

“No Poetry” is performed by CJ Suitt, his voice echoing when he speaks the title line, as if he is reading this over an old public address system, possibly to an assembled group of people. This one also mentions Juneteenth: “No poetry for Juneteenth midnights/When you refused to kiss the neck of newborn freedom.” And check out these lines: “No poetry to sew inside my son’s pockets/No poetry to bury in between my son’s ribs/No poetry to bury inside my son’s mouth/No poetry to bury inside my son’s ears/No poetry to bury beneath my son’s feet.” The echo then disappears for a time, as the repeated line changes from “No poetry” to “We are all the poems”, bringing into stronger focus the remaining lines, bringing the poem closer to us. Then the echo comes back for the poem’s very last word, “revolution.” This extraordinary album concludes with its title track, “The River Speaks Of Thirst,” with Jaki Shelton Green’s reading backed by a moving and beautiful performance by jazz vocalist Nnenna Freelon, who sings a line that Jaki first delivers. It is like Nnenna takes each line she is fed and gives it another life, sending it off like a bird freed from a mountain top, taking flight, soaring into light. “Becoming more and more an eclipse of wind/Becoming more and more an eclipse of freedom.”