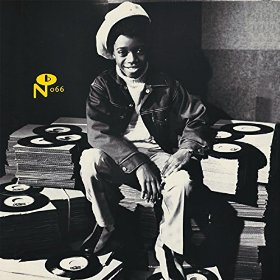 I remember watching a few of those after school specials in the late 1970s and early 1980s. They seemed cheesy and goofy even then. Do they still make programs like that? And are children still scared straight? Well, either way, the new CD compilation Afterschool Special: The 123s Of Kid Soul is like a delightful trip back to the 1970s, when you just had to remember not to talk to strangers, take candy from them or get into their cars. The CD has nothing really to do with those television programs, but its title helps to recall very vividly that time. It features some funk and soul from youthful groups you might not remember, or perhaps never heard in the first place. It comes nearly a decade after the release of Home Schooled: The ABCs Of Kid Soul. Sure, some of these tracks are cheesy, such as “Because I Love You,” with lines like “I’ll walk a thousand miles/Just to see you smile,” but this is a ridiculously enjoyable journey back to childhood. There is even a very funky game of “Simon Says,” performed by Future Kind (though because of its cool groove I keep expecting something like, “Simon says touch me there, baby”).

The collection opens with Bethlehem Center Children’s Choir singing “I’m A Special Kid.” The song features children clapping and singing about doing normal childhood things (“Like cleaning my room and washing dishes/Going to school, and doing my homework”) and lists people in the kid’s life who might offer help (“The doctor, the nurse, the dentist, the fireman, the policeman, the teacher, my parents”). The song basically celebrates the ordinary aspects of childhood, while insisting “I’m a very special kid.” Things pick up with The Scott Three’s “Runnin’ Wild (Ain’t Gonna Help You),” which is kind of funky. The group was made up of three brothers, and apparently this was their only single, recorded in 1968. That’s followed by Jimi Hill’s “Guessing Games,” which was written by Dan Greer and released as a single in 1973.

“You Got Me Believing (Dreamin’ ‘Bout You)” is so positive, so youthful, so innocent, and energetic that you can’t help but enjoy it, especially when that horn comes in over that funky bass and drums. I wish that instrumental section were a lot longer. This song was released as a single in 1974 (actually, it was the flip side to “I Think It’s A Big One Coming”), and the full title is “You Got Me Believing In You (Dreamin’ ‘Bout You).”

As I mentioned earlier, some of these songs are cheesy. One of the cheesiest is “Because I Love You,” which even boasts a spoken word introduction (“You know, one of the most beautiful things in life is when a boy finds the girl he loves”) and another spoken word part that includes the line, “Shucks, doll, we’ve got to get it together.” This song, however, is by Brighter Side Of Darkness, one of the groups you’re likely to know, because they had a hit with “Love Jones.” And they actually refer to that song in this song’s lyrics: “Every time I think I have a love jones.” You might also be familiar with “Everywhere You Go (I’ll Be Around)” by the Next Movement, a group that is actually still together. This is a rather sweet song, and weirdly also uses the word “Shucks,” here as a sort of exclamation (unless I’m mishearing it). This compilation actually contains a second song by this group, “Girl Why Do You Want To Take My Heart,” recorded under the earlier band name Magical Connection.

The song “I Want A Little Girl” would be incredibly creepy if it weren’t sung by children, opening with the lines, “I want a little girl/All my own/She gotta be all alone.” It’s by The Bennett’s (and yes, that’s how the band name is written on the original 45 – not The Bennetts), and was the flip side to “Girl I’m Here.” One of the most interesting tracks is The Brother’s Rap version of “The Revolution Will Not Be Televised.” I love the original by Gil Scott-Heron, included on his 1971 record Pieces Of A Man. Here a child sings it, and it is rather odd hearing a child mention skag, beer, Richard Nixon and Spiro Agnew. The kid seems to have a bit of trouble getting many of the words out (and gives up completely on some of them, “Humperdinck”). The percussion behind him dips into a Bo Diddley beat.  Another odd one is “James Brown,” in which children sing about James Brown, accompanied by piano. They also imitate him (“Uh, good god”), which is adorable and funny.

“Funky Breakdown” is a really fun track to get you smiling, get you moving, whether you’re a kid or adult, no matter. It’s by Little Man And The Inquires, and is for me one of the highlights of the disc. It’s followed by another of my favorites, “Love Got A Piece Of Your Mind” by Five Ounces Of Soul.  This is an excellent track, mostly because of that great jam. On the single, it was divided into two parts, but here it is presented as one track. Fantastic. (It seems Phish must have heard this single somewhere along the way – listen especially around the 2:47 mark.)

CD Track List
Afterschool Special: The 123s Of Kid Soul is scheduled to be released on September 16, 2016 through The Numero Group.
Posted by Michael Doherty at 3:58 PM