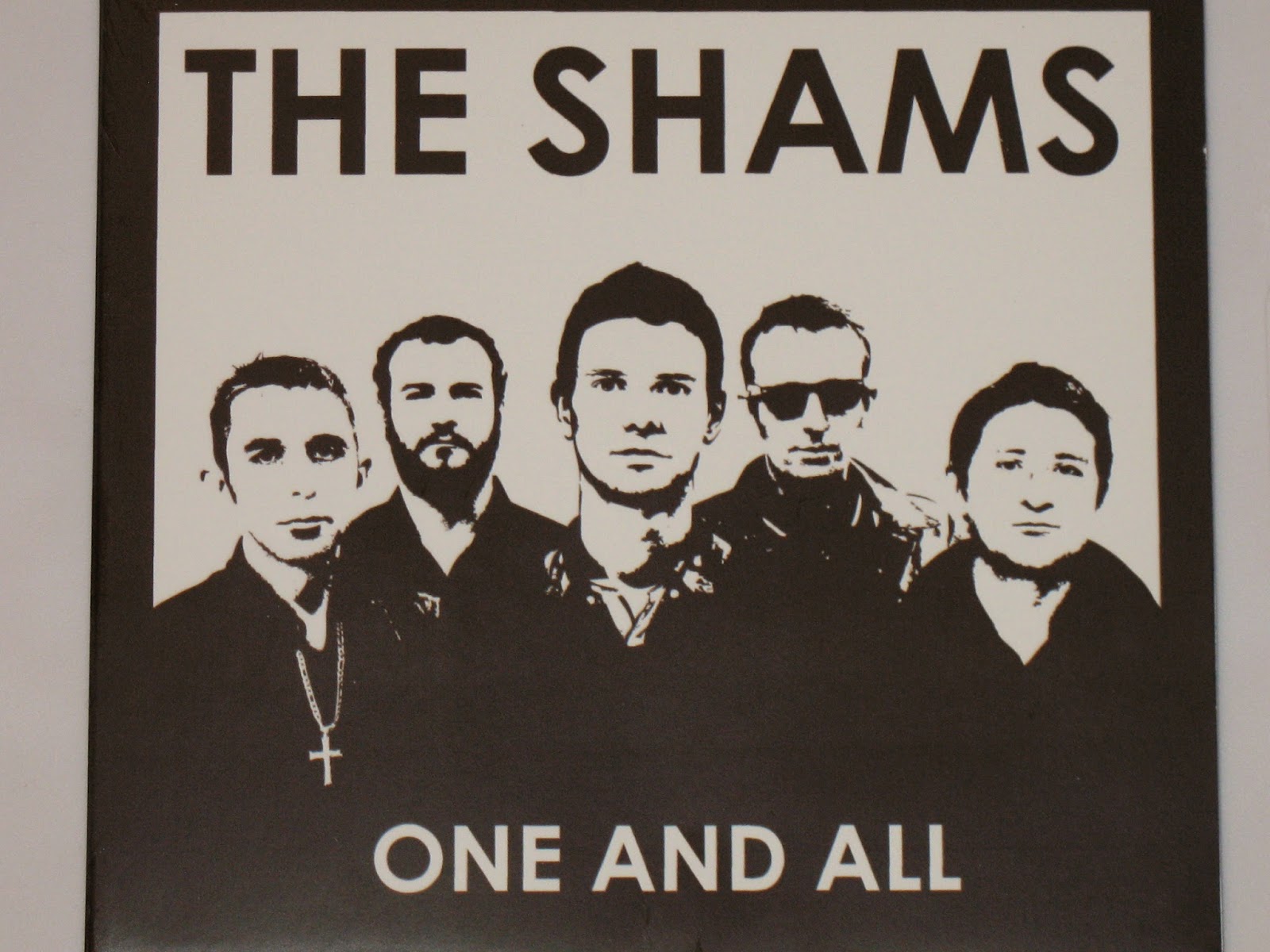 The Shams are a rock band based in San Francisco, but with a heavy Irish influence (three of the five members are from Ireland), which I totally appreciate. The Shams (not to be confused with the Ohio band Thee Shams or the New York girl group The Shams) formed in 2011, and are made up of Sean Daly on lead vocals, Joe Kennedy on guitar and vocals, James Scragg on drums, Tommy O’Mahony on bass and Henry Moser on guitar and vocals. Their new EP, One And All, features all original music. Joining them on this release is Kevin Tregar Otton on fiddle.

The album kicks off with “Sunset Paddy’s,” beginning with a steady rock beat (and hand claps). This is a fairly straight and fun rock song, and I imagine it’s a good one to see them perform in concert, driven as it is by that steady beat, and with the echoes of “Sunset, sunset.” I like the song, but I’m much more taken with the following track, “Go On Home Boys.” This one also starts off with a beat, but the groove is a bit more fun and catchy. That doesn’t mean it lacks a rock edge, as its brief instrumental section features some great work on guitar that should satisfy the rock fan in you.

Things get even more interesting with “Not Bothered,” which surprisingly has a bit of a reggae thing going on at moments, and also some nice work on fiddle during the instrumental section. This is a really good tune, with an uplifting vibe. Here is a taste of the lyrics: “The birds, they rise in the morning/To start a new day/Their silence has broken/In a world far away/Oh, I’m not bothered or worried at all/As long as I’m breathing/I’ll always be home.”

“One And All,” the CD’s title track, is another strong tune, which also features fiddle. It begins with acoustic guitar, then comes bursting in with a glorious force that should get your body moving. And then later there is a section that is just drums and vocals: “Move your feet to the beat of the drum/Dance to the rhythm of love/Scream and shout/Open your mouth/Let your voice be heard.”

And of course, as this is an Irish band, there has to be at least one earnest drinking song. On this release it is “Drinks Are On Me,” which is one of my favorite tracks. It’s just so much bloody fun, and I fucking love the vocal line, the way it races along (reminding me a bit of “The Rocky Road To Dublin”). And then in the chorus they sing, “Come on, the drinks are on me/One for you and ten for me.” And interestingly, this is a drinking song that acknowledges the troubles associated with the fun: “Now my aching liver’s given up/I’ve had too much of the damned stuff.” But then of course they add, “But before I say goodbye/Pour me a drink and raise it high/Through the good times and the bad/Drink a pint and don’t be sad.” Amen.

This is a CD that just gets better and better, and as much as I love “Drinks Are On Me,” it’s the final track, “Sick To Death,” that is my absolute favorite. This is one to get you dancing and drinking with total abandon. I love the attitude of this tune. Here is a taste of the lyrics: “I’m sick to death of everyone I’ve met/Every drink I’ve ever downed/It’s time for me to go, so leave me alone/It’s time for me to leave this fucking town.” And this line makes me laugh every time: “Never been to bed with an ugly woman, but I woke up with quite a few.” And of course I dig the fiddle. This is a song I’m going to be listening to a lot.

CD Track List
One And All is scheduled to be released on February 24, 2015.
Posted by Michael Doherty at 6:55 PM