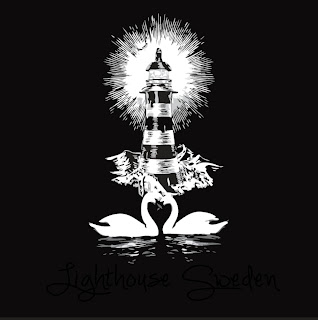 Lighthouse Sweden is a band based in Uppsala, Sweden, and led by married couple Linda Brandemark and Mats Brandemark (each of whom had released albums with other bands before teaming up). Lighthouse, the band’s first CD, was released in 2014. They’ve now followed that up with Silence In The City, a delicious blend of pop, folk, country and even blues sounds. Both Mats and Linda provide lead vocals on different tracks, but it is often when their voices are combined that the real magic happens. In addition to Linda and Mats, Lighthouse Sweden is made up of Tobias Bergstrom on electric guitar, Marc Gransten on bass and backing vocals, and Thomas Bjorklund on drums. Joining them on this release are Johan von Feilitzen on drums, percussion, guitar, keys, harmonica and backing vocals; Martin Hogvall on mandolin and lap steel; Sven-Olov Kontio on pedal steel; Magnus Larsson on lap steel; Derrick Big Walker on harmonica; and Olof Aslund on saxophone. All of the songs on this album are originals.

Silence In The City opens with a love song; that is, a song about love. It’s titled “Love Can Seriously Damage Your Heart,” and is an interesting song for a married couple to use to kick off their new album. “Love is the blessing, love is the curse/Is it for better, is it for worse?/Make you crazy, even insane/Love can seriously damage your brain/Making a promise, taking the vow.” It has a good bluesy edge. It is followed by a pop song titled “Neon Signs,” with Linda on lead vocals. This song features some excellent lyrics, with certain lines standing out, such as these: “I’m changing to another station where I can hear you breathe” and “Closer to sanity than you ever were.” This song has something of a 1980s vibe to it.

The band then gets bluesy with “Everybody’s Been A Fool,” with Mats taking lead vocal duties. It starts with lyrics from those trusted blues subjects: “You’re on the street/You got no money/You got no job/You got no honey/Pick up your guitar/And start to play/Everybody just walks away.” Partway through this one, there is a cool and kind of sexy blending of the two voices, the harmonica providing a third voice. Something about this song reminds me of some of Leonard Cohen’s late work. So yes, I love this track. It’s one of my favorites on this album, and it does have a positive bent in lines like, “So when you think you’re on your own/Don’t forget you’re not alone/Everybody’s been a fool.” Lighthouse Sweden then turns toward country with “Easier To Lie,” with Linda on lead vocals. She gives a great vocal performance here. The song has a country pop feel, fitting for lines like “My life feels like a country song.” This is a song that really grew on me. “Now you’re asking me, am I all right/And you hear me say I’m fine/Oh, why is it easier to lie?”

“Hole In My Soul” has kind of a disco beat and a bit of a funky edge. Wow, these guys dip into all sorts of musical territories. And yes, this one is fun. Linda’s vocals here have a kind of Pretenders thing happening. And the second time she sings, “I got the blues now,” we get a bluesy guitar lead, as if cued, as if obliging her. They follow that with a lively country song, “Silver & Gold,” that features some good moments with saxophone. Then “Silent City” has a cool western sound and another wonderful vocal performance. This song provides the album’s title in the line, “Silence in the city when I walk with him.” There is something sweet and pretty about this song that I really like. “The things I see, the things I feel all took me by surprise/I just want to listen and look into your eyes.”

Mats then takes lead vocal duties on “We Used To Be Lovers,” which has a cool vibe. “And I know your life has taken its toll.” I like this song a lot, but perhaps my favorite track is “Can’t Find My Way,” which is a fun, upbeat folk rock tune, again with Mats on lead vocals. While the sound is very positive, the main line of the song is “I can’t find my way to your heart anymore.” They stay in the folk and country realm with “Window To The Sky,” with Linda on lead vocals. “Please don’t ask, please don’t tell/Plenty of people go through hell/Couldn’t tell the truth from the lies/Looking up at the sunny sky, I really want to cry.” The album then concludes with a beautiful, moody pop song, “Angel,” with Linda again on lead vocals.

CD Track List
Silence In The City was released on CD and vinyl on April 22, 2017.
Posted by Michael Doherty at 4:16 PM