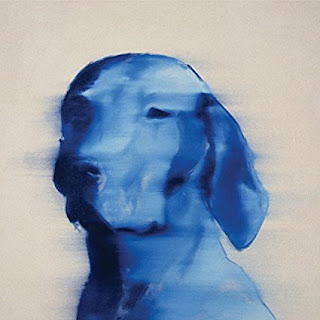 It was May of 2012 when Chris Price released his first solo album, Homesick. Now, five years later, he is following that up with Stop Talking, an excellent album featuring some impressive and interesting songwriting. On this album, Chris plays acoustic guitar, electric guitar, synthesizer, piano, mellotron, bass and percussion, in addition to providing the vocals. But he does have some other musicians joining him, including Kyle Fredrickson on electric guitar, Emeen Zarookian on electric guitar, Fernando Perdomo on bass, Corey Perez on bass, Ben Lecourt on drums and percussion, Adam Perez on drums, Kaitlin Wolfberg on violin and viola, Corrine Olsen on violin and viola, Matt Fish on cello and bass, and Joe Seiders on piano. All songs are originals, written or co-written by Chris Price.

About a minute into the album’s first song, “Stop Talking,” its title track, I got excited. It suddenly has this energy that makes me feel that this album could go anywhere, and I like that, the idea that this music can surprise me. And it does. Nothing about this music feels standard. Check out these lyrics: “Stop talking about you, it’s too late to be fixed/I’ve already lost you in my self-indulgent fits/Stop thinking about you so I am not possessed/The thought of going upstairs and taking off your dress/Stop talking about love, I don’t think it’s real.” This first track grabbed me, and I was happily in the album’s grasp the rest of the way through.

“Hi Lo” then begins quietly on acoustic guitar, a somewhat mellower tune with a kind of beauty, particularly in the vocal performance. “All I do is drag you down/So turn away, don’t turn around/And so long, I can’t go where you go/Make this easy, I don’t have the strength to run/So tell me that it’s done and I can go.” Sure, the song might be mellower, but there is nothing mellow about the emotions of these characters. The same might be said of the following track, “Pulling Teeth.” While the music might be relaxed, even pretty, there is an intense feel to these characters. And I love these lines: “You and me, we’re not good people/You and me, we don’t have patience for the world/And our friends, and all their problems/’Cause it’s just like pulling teeth.” Yes, I love the humor of this song. And these lines surprised me to the point that I burst out laughing: “Got a heart, got a soul/I’ve got a condo.” This song is one of my favorites. Nadeem Majdalany did the string arrangements for this track.

“Man Down” has a lighter vibe at the start, with some pleasant work on piano. This song has a ‘70s feel, reminding me at various moments of both Billy Joel and Chicago (but also with some Beatles touches on guitar). This one and “Sigh” also contain hints of Electric Light Orchestra.

“Father To The Man” tells the story of an interesting and changing father-son relationship. “Once he was terrifying/I wouldn’t dare to say a word/To stand up to my old man/Now he wouldn’t dare to stand/Without someone’s helping hand/He says, ‘Go on, put me away.’” I appreciate that there’s a bit of humor to this sad story (“Go on, put me away/Go on, don’t hesitate”), something we’ll all be facing sooner or later, I suppose. Are any of us prepared? This song is presented on acoustic guitar, with some beautiful touches on cello, and has some powerful changes.

One of my favorite tracks is “One Of Them,” an absolutely delightful and totally catchy song. “You’re just like one of them/When I thought you were different/You’re just like one of them/When I thought that I knew you/You’re just like one of them/When I thought you were special.” Two people – Emeen Zarookian and Alex Jules – play tambourine on this track. So there. “One Of Them” was written by Chris Price and Rachel Goodrich. It’s followed by “Just In Time,” another of the disc’s highlights. The line “We showed up just in time for the end of the world” made me burst out laughing the first time I heard it, then almost had me in tears right afterward as I realized this could very well be the end. Certainly we are in dark times, but this song will make the disaster more palatable. Ease us into annihilation. “What a beautiful day today is/What a shame it is to say goodbye.” The album then concludes with “Anhedonia,” which has sweet-sounding vocals, but what he says is “I want to turn you off/I want to push you away/I don’t want to make you stay.” Yes, this is an album to pay attention to.

CD Track List
Stop Talking is scheduled to be released on May 19, 2017 on Omnivore Recordings.
Posted by Michael Doherty at 5:16 PM