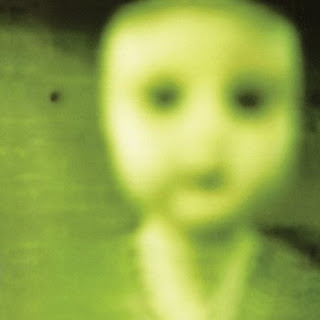 Last month Omnivore Recordings released a special re-issue of The Knack’s 1998 album Zoom, with bonus tracks. Now they’re following it with a special issue of the band’s 2001 release, Normal As The Next Guy, again with a few bonus tracks. As much as I enjoy Zoom, I think Normal As The Next Guy is a better collection of songs. Granted, some of these songs are actually a bit older, such as the album’s fantastic title track. But this is a really strong album overall, with some excellent songwriting and vocals. This special re-issue contains three bonus tracks, as well as new liner notes by both Lee Lodyga and Prescott Niles. There are also brief thoughts on several of the album’s tracks by band members Berton Averre and Prescott Niles.

Normal As The Next Guy opens with a delightful bit of pop bliss titled “Les Girls,” a song that seems to shout out Summer. It has that bright, fun vibe, with even a bit of “Ooh la la” backing vocals. And as it fades out, you can hear a shout of “I want one now, now, now.” Ah, who doesn't? “Les Girls” was written by Doug Fieger.

“Disillusion Town,” the album’s second track, contains a Shakespeare reference. The line “Yes, love, it’s a brave new world” refers to Miranda’s line from Act V of The Tempest, “O brave new world/That has such people in‘t.” “Disillusion Town” was written by Doug Fieger and Berton Averre. That song is followed by “Girl I Never Lied To You.” The line from that song that always strikes me is “Girl I never lied to you/But I wish I had.”

Probably my favorite track on this album is “Normal As The Next Guy,” the CD’s title track. It’s such a great, playful song with a delightful punk attitude and a fantastic sense of humor. Check out these lyrics: “I'm normal as the Wright Brothers/I'm normal as Dr. Joyce Brothers/And who are you to say/What is normal and what is not/'Cause I'm normal/Normal as the next guy/I'm normal/I'm normal.” I love the vocal approach to this song (it would fit well between “Dad I’m In Jail” and “Teenage Brainsurgeon” on a mix tape, and the backing vocals remind me a bit of Queen at a couple of moments). I’m also really fond of the drum work on this one. This song was written by Doug Fieger and Berton Averre, originally for the 1987 film Plain Clothes.

Interestingly, The Knack follows that one with a fun, peppy country song titled “Spiritual Pursuit,” another of the album’s highlights. There is a sense of humor to this track as well, in lines like “Sometimes temptation is blond and cute/You meet all kinds in this spiritual pursuit” and “From here to heaven is a long commute.” Wonderful, right? I love this song. “Spiritual Pursuit” was written by Doug Fieger. The bonus tracks include a cool demo version of this song that ends with a “Yee-haw.”

“Seven Days Of Heaven” has something of a 1960s pop vibe, and the overly sweet line, “One night is like seven days of heaven, baby, when I’m holding you.” Sure, it’s a bit sappy, but it works. A demo version of this track is included in the bonus tracks. I actually prefer this version, even with the forgotten lyrics.

“Dance Of Romance” is another highlight, and is actually a re-working of an earlier song, “Midnight Misogynist.” Here is a taste of the lyrics: “Go play with matches or go play in the street/A girl will burn you, then she’ll stop to reheat/You know that there’s no doubt about it.”  And the “Hubba hubba/Nookie nookie” at the end makes me laugh.

“Reason To Live” is a sweet and pretty song, written by Doug Fieger and John Bossman. “You’ve given me a reason to survive this god-forsaken emptiness.” The bonus tracks include a demo version of this song. The original album concludes with “The Man On The Beach,” a strange, slow pop song that has Beach Boys elements and at one point sounds a bit like a lullaby. This song was written by Berton Averre.

CD Track List
This special re-issue of Normal As The Next Guy is scheduled to be released June 9, 2015 through Omnivore Recordings.
Posted by Michael Doherty at 6:38 PM