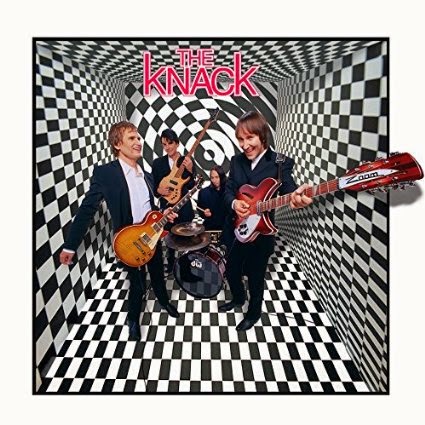 The Knack was a group that seemed to peak very early. Their biggest hit, “My Sharona,” was from the band’s debut album in 1979. And many people think that’s the only song of theirs that they know. However, that’s likely not true. This group had quite a bit of good material, and they continued to release good albums right up to the end, as well as put on fun concerts. I saw The Knack in concert once many years ago in Woodland Hills during one of their later tours, and I have to say they put on an excellent show. They were definitely a fun band to dance to. Now three of the band’s last albums are being re-issued. Zoom, originally released in 1998, was actually re-issued in 2003 as Re-Zoom, with a few bonus tracks. The new 2015 re-issue includes five bonus tracks, none of which were included on Re-Zoom. It includes the earlier liner notes, as well as new liner notes by Prescott Niles. This is fun power pop, so just go ahead and enjoy it.

Zoom opens with a ridiculously bright pop song titled “Pop Is Dead.” Kind of perfect, don’t you think? Here is the chorus: “Hey, pop is dead/Bring your shovel/Hey, pop is dead/Bust your bubble/Hey, pop is dead/Please don't trouble me/Not while I'm watching TV.” It’s followed by “Can I Borrow A Kiss,” which has my vote for the worst song title of the album. It’s a harmless little tune, but I definitely prefer the following track, “Smilin.’” It gets me right from its opening lines: “You tell me you're the second coming/But you come once and then you're done/When you're with me you say you're slumming/You must believe that I'm really dumb.” And I like these lines: “And it's gonna smear/The lipstick from your sneer.” This is one of those great songs about being out from under someone’s spell. These first three tracks were all written by Doug Fieger and Berton Averre.

“Mister Magazine” was written by Doug Fieger, and features some nice backing vocals which give it a bit of a 1960s pop feel. This song is about the less noble side of journalism, with lines like “He's perfected the art of the vicious and mean/Just a day at the office for mister magazine.” My favorite lines are: “Remorse, he can't feel it/His source won't reveal it/Of course it's the public's right to buy it.” The bonus tracks include a demo version of this song.

“Everything I Do” has a sweeter, prettier feel. The vocals are particularly good. Here are the opening lines: “Everything I do makes her sad/If I say I love her then it just makes her mad/Nothing I can do will make her love me too.” “Everything I Do” was written by Melissa Connell and Doug Fieger, and is one of my favorite tracks.

“Terry & Julie Step Out” has deliberate 1960s elements, including nods to “Twist And Shout” (near the beginning) and “Revolution 9” (listen closely at the one-minute mark), and these elements work so well with the lyrics. The Terry and Julie of the song’s title are Terence Stamp and Julie Christie, who starred together in Far From The Madding Crowd and who are also mentioned in The Kinks’ “Waterloo Sunset.”

“Harder On You” is fun and catchy pop song written by Prescott Niles and Berton Averre. It also has some nice rock elements to keep things interesting. Here is a taste of the lyrics: “I never would change one thing about you/It won't be so easy living without you, without you/And though it's gonna be hard on me/Feeling the way that I do/I know it's gonna be harder on.” A demo version of this song is included in the bonus tracks. And “Good Enough” truly rocks, with a great beat. This is one of my favorite tracks. It was written by Doug Fieger and Berton Averre. “Tomorrow” is also more of a rock song.

The original album concludes with “(All In The) All In All,” which is a slower, more psychedelic number. I really like the groove and sound of this track, though some of the lyrics are a bit on the weaker side. The bonus tracks include a demo version of this song. Besides the demos already mentioned, the bonus tracks also include “She Says” and a version of “My Sharona” with Terry Bozzio on drums. “My Sharona” is as good as ever.

CD Track List
This special re-issue of Zoom is scheduled to be released on May 19, 2015 through Omnivore Recordings.
Posted by Michael Doherty at 2:12 PM