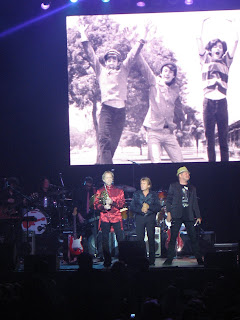 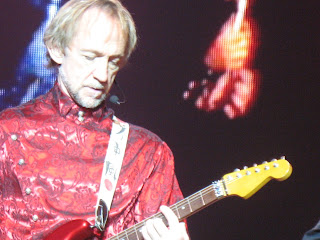 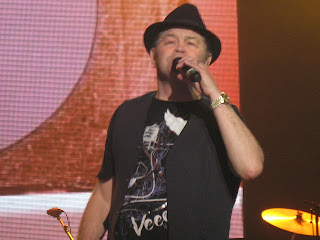 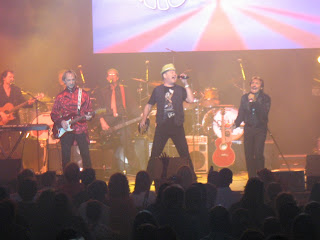 The Monkees put on a phenomenal show tonight in Lowell. This is the fourth time i've seen them, and it was probably the best show of the four. They did a lot of songs that surprised me, and they played my favorite Monkees song - "As We Go Along."

All three members (Mike Nesmith is not performing on this tour) joked around quite a bit on stage, as was expected. Before "When Love Comes Knockin' At Your Door," Davy said, "I used to be a heartthrob." And though Mike Nesmith wasn't present, the set list included some of his songs, including "Papa Gene's Blues," "What Am I Doing Hangin' 'Round" and "Listen To The Band."

The set also included a fantastic section of songs from the band's 1968 film Head (which was recently released on Criterion as part of the BBS box set). They started that section with Peter Tork's psychedelic gem, "Can You Dig It," and then went right into "As We Go Along," which is a personal favorite of mine. And then, perhaps even more surprisingly, they played "Long Title: Do I Have To Do This All Over Again," Peter Tork's other contribution to the film's soundtrack. After that, they did "Porpoise Song," and then wrapped up the Head tunes with "Daddy's Song," the only tune from this section that I'd seen the band perform before. Really, all that was missing was "Ditty Diego" and Nesmith's "Circle Sky."

The set contained some other pleasant surprises, including "All Of Your Toys" and "Someday Man."

By now everyone knows the whole controversy regarding whether The Monkees played instruments on their original recordings. (On some songs they did; on others, they didn't.) At this concert, Peter played guitar, keyboards and even French horn. Micky played drums, tambourine and acoustic guitar. Davy played tambourine, drums and acoustic guitar. But on some songs, one or more members of the band just did vocals, letting the backing band play the instruments.