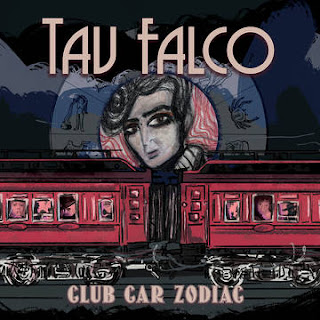 Tav Falco has been recording fantastic and interesting music since the late 1970s, both in Tav Falco’s Panther Burns and on his solo releases, his music combining elements from many different genres and styles, creating an exciting and potent mix. This is a musician and songwriter who is always willing to take chances, and he shows that clearly on Club Car Zodiac, a record that was released as part of Black Friday’s Record Store Day. On this release he is joined by Mario Monterosso on acoustic guitar and electric guitar; Francesco D’Agnolo on organ, piano and accordion; Giuseppe Sangirardi on electric bass; Didi Wray on electric guitar; Mike Watt on electric bass; Marco Carnemolla on contrabasso; Walter Brunetti on trap drums; Toby Dammit on spoons; Michela Musolino on tamburo, marranzanu and bells; and Mirkaccio Dettori on piano. Adèl Tirant and Sheri Corleone join Tav Falco on vocals. These tracks were recorded during the pandemic, and the album is presented on beautiful purple vinyl.

The album opens with “Dance Me To The River,” which has at its heart that great raw sound that we love from him, sounding like a slow tango from some delicious demonic plane. It is strangely seductive. And there is danger, which we sense even before lines like these: “A stiletto is hiding in your purse/A knife I know is meant for me/Our love was magic and a curse.” The stiletto is a strong image he has used before, titling a 2018 album Cabaret Of Daggers. “Dance Me To The River” is followed by a good cover of “The House Of The Rising Sun,” which seems to have drawn some of its inspiration from the Animals’ version. I love that work on organ, and Tav Falco’s vocal performance has just the right amount of that sense of being haunted by his past. You believe him when he sings of experiences. “And it’s been the ruin of many a poor boy/And God I know I’m one.” The first side then concludes with “Tony Driver Blues,” a wonderfully dark song that is a lot of fun. Like an old club whose lights and sound system are powered by the blood of its delirious patrons. Like a glorious dance of the doomed. “But dig yourself a hole, and you might just get in.”

The second side of the record begins with “La Brigantessa.” This is a strange one right from its opening moments as we are urged, “Gather around, my friends.” We are going to hear the tale of a woman, and we eagerly draw closer to the turntable, which might be out on some dusty plain or in the crumbling abode of the evil eye. “Others say she was a devil who moved like a shadow,” we are told at the beginning, and this strikes us as true, and we expect to hear this viewpoint proved true. But the lyrics are often surprising, such as these lines: “She walks like a man, dances like a child/For the revolution, she will sacrifice/Sacrifice her body, leave her things behind/But she’ll never throw away her philosophical mind.” And these: “She strikes her foe beneath the knees to watch him fall/Picks him up again to make him straight, to make him tall.”  This track features some excellent backing vocals. And I love that work on accordion, which really helps set the scene, gives us a strong sense of place. The record then concludes with “Tango Primavera.” It began with a dance, and it ends with one. This one feels on the verge of destruction, of chaos, yet also feels like it could burst through the darkness with a tangible joy, a joy with teeth, a joy with claws, one that is not to be denied.

Club Car Zodiac was released on November 26, 2021 through Org Music. This release was limited to only 1,000 copies. 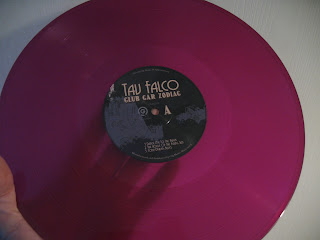 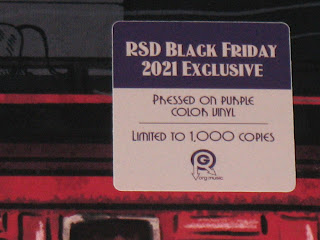 Posted by Michael Doherty at 2:08 PM