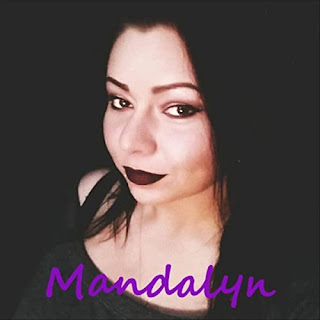 Mandalyn is a singer and songwriter based in Indiana and working in the blues realm. Her new EP, Wrecked, is a collection of four songs – two originals and two covers. On all four tracks, her voice is a commanding presence, able to move you and bring out in you whatever emotions she chooses. Joining the vocalist on this release are Tony TC Coleman on drums, Bart Walker on guitar and banjo, Brian Allen on bass, and Frank Ray on keyboard and organ. Tony TC Coleman, whom you might know from his work with B.B. King and Bobby Blue Bland, also produced the CD.

Wrecked opens with its title track, an original number that features a powerful and passionate vocal performance by Mandalyn. Right from the song’s opening lines, “You wrecked my head/Then you wrecked my bed,” she has your complete attention. She is in command. This is a soulful and engaging song, with some nice blues guitar work and some cool work on keys as well. But it is her voice that is the focus, and when she belts out a line, the walls will crumble. “Gave my trust/Gave into lust/Gave what I had/So don’t treat me bad.” As the song is approaching its conclusion she repeats “Don’t let me down,” nearly screaming the line, putting everything she has behind it, opening herself up completely. And then she repeats, “I’m always going to need you,” and by the end, she is at a near whisper, like she has worn herself out, “I’m always going to need you, babe.” That’s followed by the EP’s other original track, “Baby On The Run,” a song about a woman who takes control, a fiery presence. This one has a steady beat, keeping things tight as we hear the woman’s tale. Interestingly, halfway through, the tone and vibe change, the beat becoming closer to reggae, and the electric guitar giving way to banjo. It’s a cool section, and quite effective. The contrast is wonderful, particularly as that electric guitar comes rushing back in.

The EP’s other two tracks are covers, beginning with a cool, groovy rendition of “Feel Like Breakin’ Up Somebody’s Home,” written by Timothy Matthews and Al Jackson Jr.  Mandalyn delivers another excellent vocal performance, and when she says she’s in the mood to break up somebody’s home, you know she could do it easily. No question about it. And you know you’re in trouble when she changes from singing “somebody’s home” to “I feel like breaking up your home.” On this track, Mandalyn is joined by the horn section of Varney Greene on trombone, Joshua Harner on trumpet, and Michael Guitierrez on saxophone. These guys add a great deal of fun to the track. I am also seriously digging that bass work, that instrument really keeping things moving and popping. The EP concludes with a cover of “I Who Have Nothing,” which was written by Jerry Leiber and Mike Stoller, and recorded by Ben E. King. On this track, Mandalyn gives us a beautiful and heartbreaking performance. She really inhabits this song, making it her own, and making us feel the pain she expresses in lines like “I, I who have nothing/I, I who have no one/Must watch you go dancing by/Wrapped in the arms of somebody else/When, darling, it’s I who loves you.”